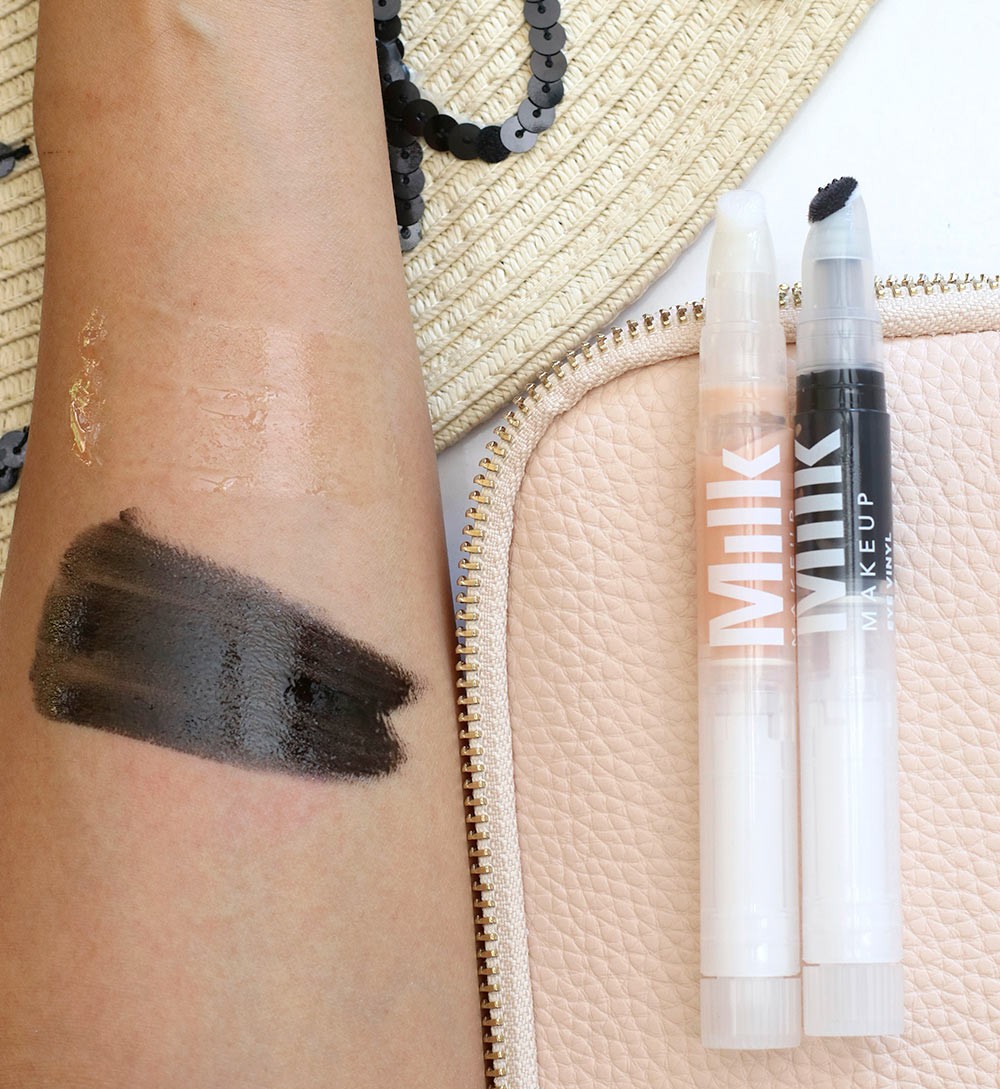 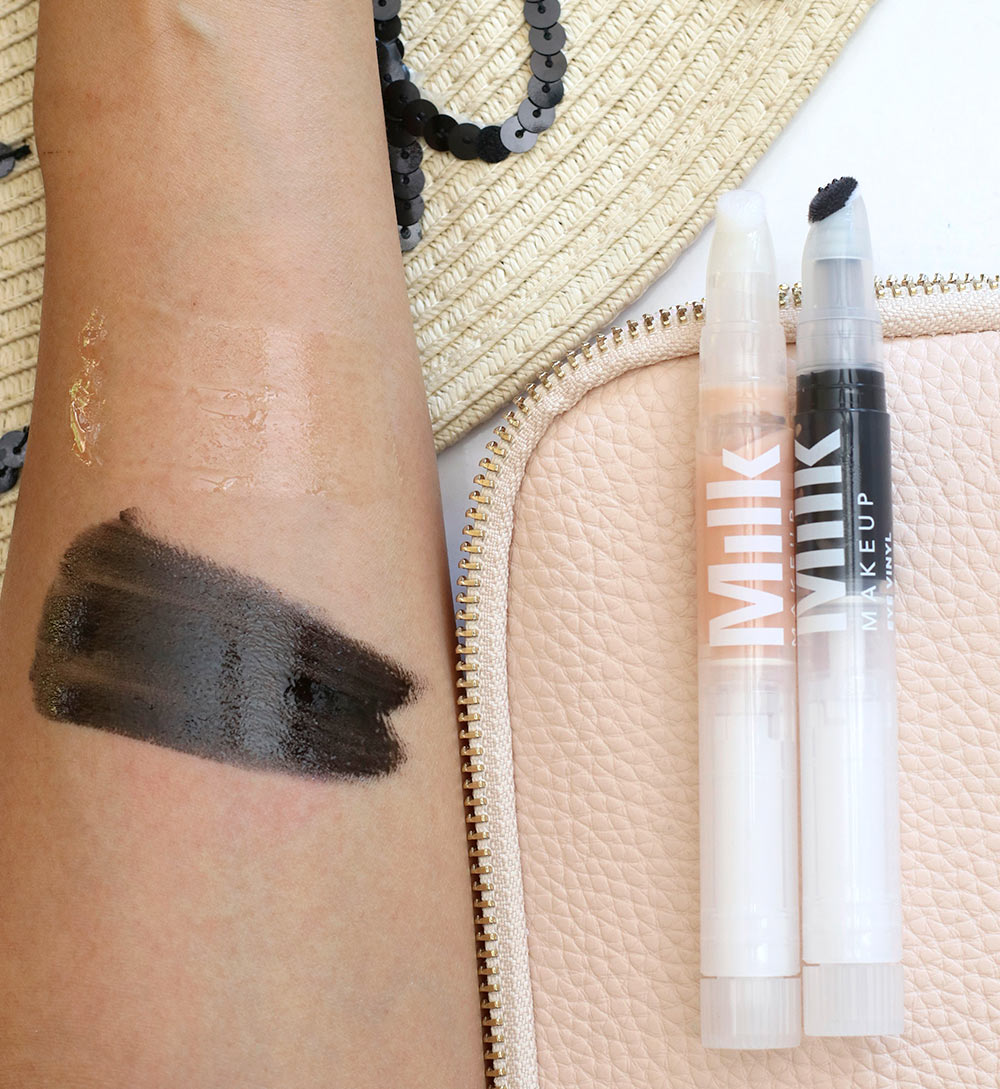 Glossy lids = least appropriate eye makeup look ever for a windstorm and/or for standing in front of Beyoncé-level stage turbines.

I wore one of these glossy Milk Makeup Eye Vinyls on a really windy day when I had my hair in a ponytail and thought I wouldn’t have to deal with the whole hair-sticking-to-my-eye-gloss thing, but those strands… They’ll find a way. Trust me on this.

Buuut, even with the drama that always accompanies glossy lids, gosh, there’s still something about ’em.

Yeah, I know — the stickiness, the creasing, and how they never stay exactly where you want them, but I go ga-ga for gleaming lids. I can’t help it. 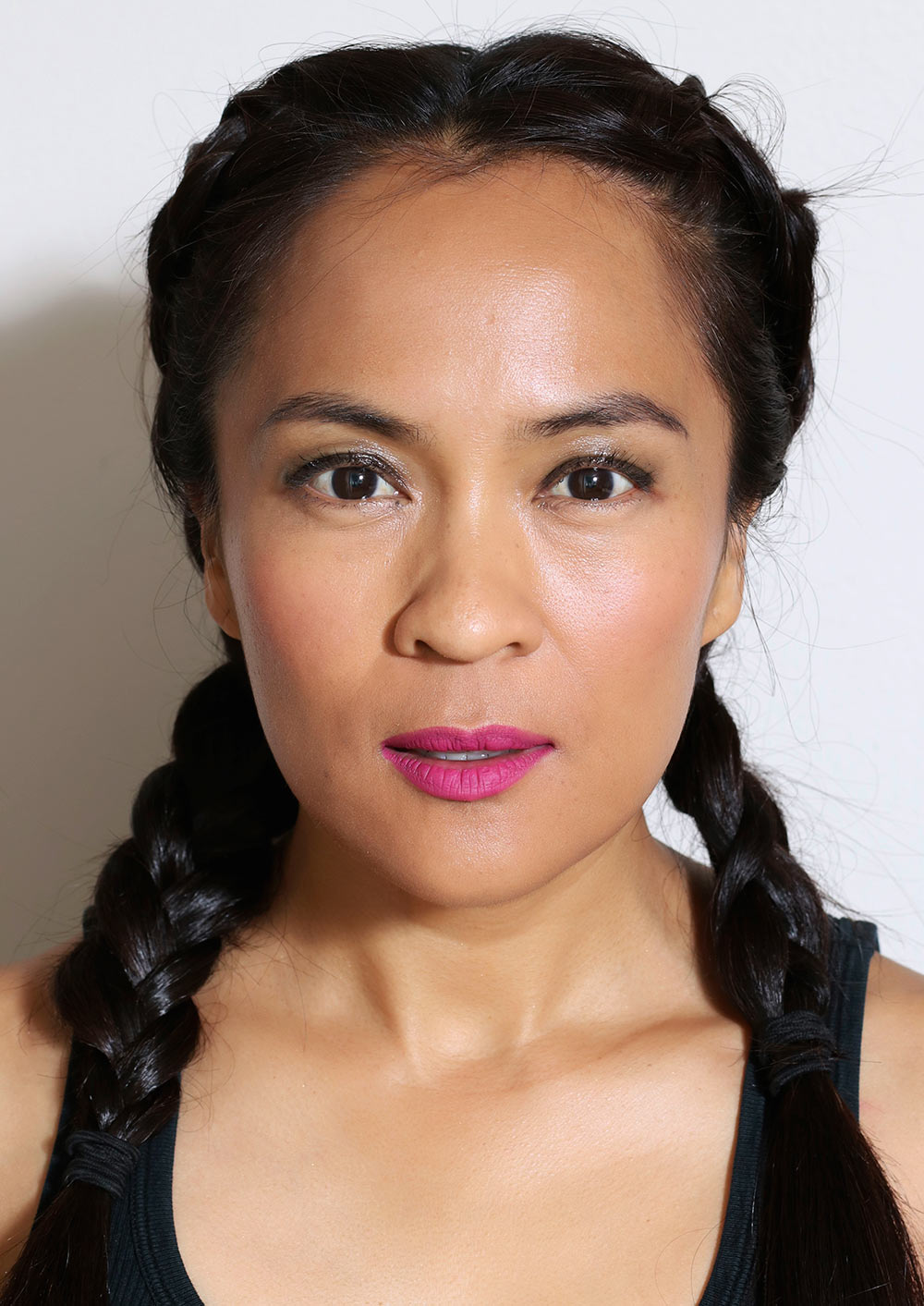 I’m wearing the shade Tunnel on my lids. On my lips, I’m wearing NARS Powermatte Lip Pigment in Give It Up

I’ve been lovin’ Milk’s Eye Vinyls lately. They’re $20 each and come in four colors that start out SUPER shiny and reflective but lose a little of their high-wattage shine over the course of a couple hours. Overall, they stay wearable for about four hours before I feel the need to reapply.

You can expect some stickiness with these. Like, they’re stickier than MAC’s but not as sticky as the eye glosses from Rouge Bunny Rouge (which, IMO, are the eye glosses to rule them all).

They’re a little sticky but not too terribly heavy or thick. I think they’re very comfy.

So far I’ve worn the beige shade, which is basically clear on my lids, and the black one.

The beige one is a breeze to work with, but the black one takes a tad more effort, because it’s darker and slightly more pigmented. 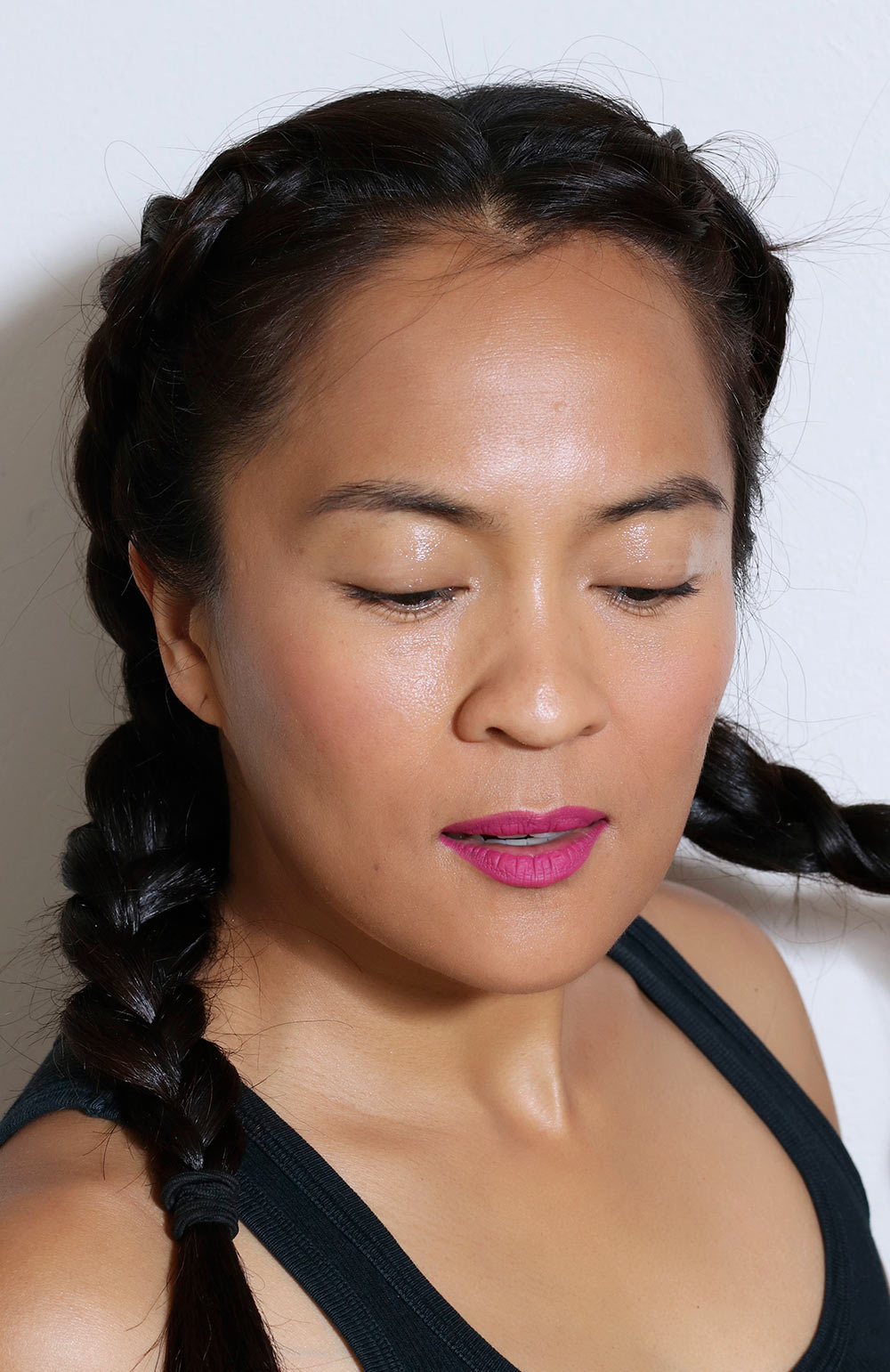 Shiny! That’s the shade Bridge on my lids.

Basically, just pat them on your lids with a finger. I don’t even use a primer or eyeshadow under them because they’ll just eat up whatever you put under them anyway.

Keep it simple! A few taps of gloss on your lids, lots of mascara and a bright lip. Done.