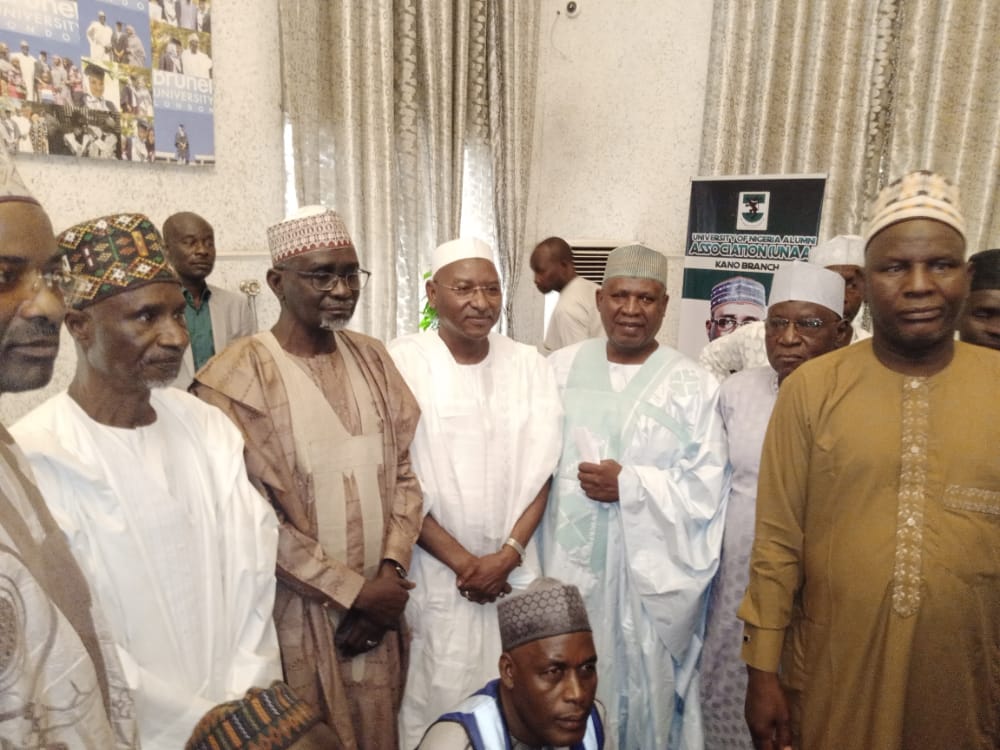 The camp of Governor Umar Abdullahi Ganduje in the All Progressives Congress (APC) has suffered a serious blow as his former Deputy Governor, Prof. Hafiz Abubakar, has openly declared his full loyalty to Malam Ibrahim Shekarau.

Ganduje and Mallam Ibrahim Shekarau fell apart shortly after the APC State Congresses where Ganduje’s candidates filled all the positions, leaving Shekarau and others without any serious position.

However, disagreeing with the outcomes of the Congresses, Shekarau, and others organized their factional congress which has Ahmadu Zago as their Chairman.

But, Abubakar who has not shown his open interest in any of the camps, made a surprise appearance at the Shekarau political function, Tuesday, indicating his loyalty to the camp.

Prof. Abubakar was Ganduje’s deputy from 2015 to 2018 before he dumped the governor to contest for the 2019 governorship election under the Peoples Democratic Party, PDP.

However, piqued with the announcement of Abba Kabir Yusuf as the PDP candidate by former Governor Rabiu Musa Kwankwaso, Prof. Abubakar also dumped the PDP for People’s Redemption Party, PRP to contest his governorship.

After the 2019 elections, Prof. Abubakar rejoined the APC.

Speaking on the crisis that rocked the ruling party in Kano, leading to the emergence of two strong factions led by Ganduje and Shekarau, Prof Hafiz said he is aligning himself with the Shekarau camp.

“I am aligning myself with the truth and future, which is the Shekarau’s camp because it is talking about internal democracy and all-inclusiveness in party politics.

“My position is that I’m aligning myself with the truth and future. But the truth is that what is going on in APC is unfortunate. It is not what we and all his supporters expected. Today it’s public knowledge that the leaders of APC in Kano go to public functions and tell us that the party belongs to three persons in the state- the governor, his wife, and the chairman,” he said.

“Sometimes you see it as laughter, but what we see in action unfortunately tell is the truth. APC in Kano has derailed. Therefore, is part of our duty to save the party, to save ourselves, and more importantly, to save the people of Kano.

“The future of APC is bleak. Unless drastic actions are taken, changes are made and minds come to the truth. The future is bleak. Is very clear, not in Kano alone. Even within the country, APC has to tell itself the truth. Unless that is done, unfortunately, it’s going to be another transitional party.

“Nothing is surprising to see me with Shekarau because we have a very long relationship that predates the emergence of PDP and APP. We had belonged to the tink tank group years back.

” I think the position Shekarau is leading is the one for the future. Let us come and run the party as it should be. Let people be respected. Let it be inclusive. Let people’s views be respected and matter. Let there be internal democracy where the voice should count and matter.”