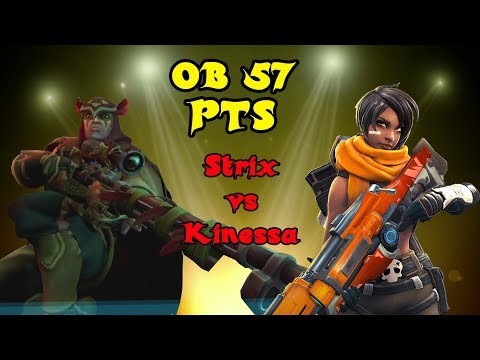 “What’s in a name? That which we call a rose

By any other word would smell as sweet”

The names on the back of the jerseys might be different, but (for better or for worse) the players we all know and love are still the same. They can be the source of total elation and mind-blowing frustration. But they are our beloved A’s, warts and all, and unwavering fandom can often be rewarded with games like this.

Manaea struggled with his control early, and it got him in some hot water in the first inning. Manaea fell behind each of the first two batters he faced 3-1 and gave up a single and a force out that required Jed to range far to his right and make a strong throw to get it. The next two batters didn’t wait around long enough to get ahead in the count at the plate, as Elvis Andrus (Comando) and Adrian Beltre (El Koja) smoked back-to-back doubles in to the left field corner to plate two runs. Da Kid escaped the inning with no further damage, but his fastball was still sitting in the high eighties and lowest nineties, even with his extra rest.

In the second, third, and fourth innings, Da Kid didn’t allow any runs to score, but the Rangers made frequent hard contact and ran his pitch count to an unsustainably high eighty pitches.

Facing Texas’ ace Cole Hamels, Chad Pinder got the offense started on the right foot early, as he responded to Texas’ two run first inning with a tall blast to center field for a home run to halve the Rangers’ lead with one swing. But after Chi’s home run, during the next couple of innings the A’s offense did a lot of threatening but didn’t actually do any more scoring. Back-to-back walks were erased by a double play in the first, and in the second Mark Canha led the inning off with a double and advanced to third on a wild pitch, but even with no outs and a runner on third Canha’s teammates couldn’t drive him in.

After watching Marcus Semien lead off the third inning with a single, but then TOOTBLAN’d himself while trying to steal second off of Hamels, Chad Pinder took it upon himself to tie the game up, since nobody else appeared willing or able to do so.

Inspired by Chi’s powerful performance, the A’s tacked on another run in the bottom of the fourth inning to take the lead in the unlikeliest of ways. With two outs in the inning, Matt Chapman just barely reached on an infield single to shortstop with some strong hustle down the line. Matt Joyce, facing a lefty in Cole Hamels, worked the count full, and with Chappie stealing on the pitch, DJ SS hit a hard and low line drive to third base, which short-hopped Adrian Beltre and wound up slowly rolling into left field. The slow moving deflection paired with the runner moving on the pitch resulted in Chapman gracefully gliding across home plate with the leading run.

Manaea looked to be out of gas entering the game in the fifth. The first four innings saw him only allow the two quick runs in the first, but Manaea was fighting his command each frame and his fastball was either missing the target well off the plate or missing the target and sailing right down the middle. Da Kid’s erraticness in the fifth set the stage for two consecutive well-struck singles and a hit batter to load the bases with two outs and a battle against Mike Napoli. Manaea fell behind Napoli 3-1 and looked in danger of walking in the tying run, before grooving a high-80’s fastball right down the heart of the plate that Napoli crushed four hundred feet, but fortunately pulled just enough to hook foul and run the count full. Manaea then abandoned the fastball and struck Napoli out on a changeup.

Overall, Da Kid’s pitching line was five innings pitched, with 102 pitches thrown, one walk, three strikeouts, seven hits, and the two runs allowed. His velocity is still noticeably down, and he was showing several signs of fatigue in his final inning. While it was lovely that he limited damage and didn’t allow any runs to score after the first, he labored through almost every inning, and was lucky to not get burned with all the fire he was playing with. Fortunately for him, this season is all about experience and growth, and if he learns how to battle without his best stuff, and if he increases his strength and stamina during the offseason enough to last a full season and add some velocity, Manaea can blossom into the premier lefty ace the team expects him to be.

Also fortunately for Manaea, after he danced out of danger in the fifth inning the offense came alive. Already staked to a 3-2 lead, the A’s made sure that Hollywood Hamels wouldn’t survive the frame. Mahkus Semien and Chi, continuing his stupendous day at the plate, set up the rally with a first pitch double and then a walk. Jed then hit a line drive to the left-center field gap for a double of his own, which scored Semien and placed runners on second and third. A sacrifice fly from last-night’s hero Khrush and a hitting-streak extending single from Ryon Healy plated Pinder and then Lowrie to push the A’s lead to 6-2. Hamels was removed following Healy’s RBI single and had a final line of 4.1 innings pitched, nine hits and six runs allowed, three walks and just two strikeouts.

Jed had another RBI double in the sixth inning, this one plating two runs and pushing the A’s lead to 8-2.

With the game mostly out of reach, the A’s bullpen had a mixed bag of a performance. Ryan Dull Snacks got three strikeouts and a fly ball out in his one inning of work, thanks to a dropped third strike to the first batter he faced. Santiago “Willi” Casilla pitched poorly enough for the six run lead over the opposition to feel like not nearly enough, giving up two hard hits and a wild pitch to place two runners in scoring position before twirling out of trouble with a mere one run allowed. Frenchie Coulombe went to three-ball counts to every batter he faced, but ultimately got through his inning in three batters. Liam Hendriks was tasked with finishing the Rangers off in the ninth, and Slydah succeeded in closing the door with little drama.

The A’s won this afternoon ballgame by the score of 8-3. The team played well on both sides of the ball, even if they weren’t flawless on the afternoon. The fact that it was a team wide effort made the win perfect all the same.

Retain that dear perfection which he owes

Without that title. [Chi], doff thy name,

And for that name which is no part of thee