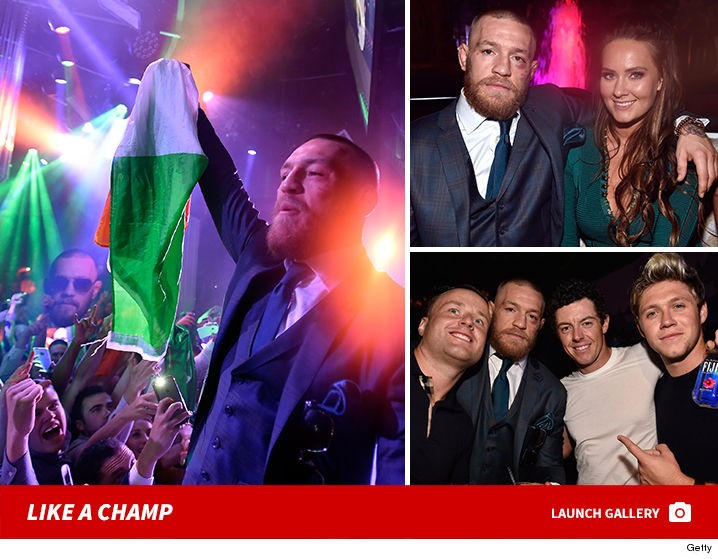 Conor McGregor may have lost the fight, but he was a champ at Encore Beach Club at Night in Vegas Saturday after the awesome battle in the ring.

Conor took the mic and told the crowd, “It didn’t turn out the way we wanted but we can still party like it did.”

Truth be told, it was something of a victory for Conor to go 10 rounds with Floyd, and it’s pretty clear the crowd also saw it that way.

Conor danced to Biggie’s “Juicy” and Fat Joe’s “All the Way Up.”