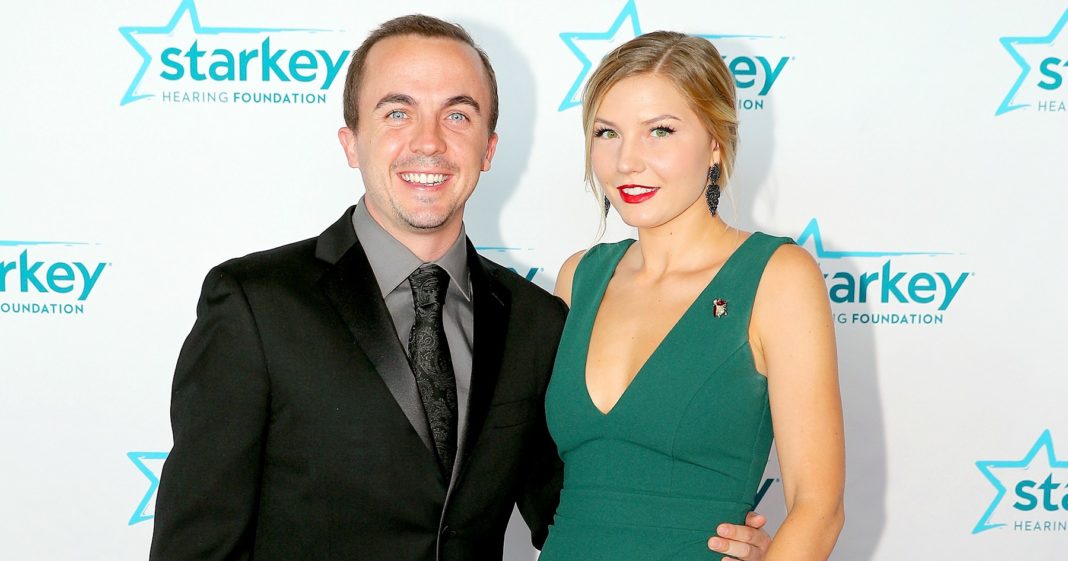 Frankie Muniz popped the question! The Malcolm in the Middle alum’s girlfriend, Paige Price, announced the pair’s engagement on Monday, November 19, via Instagram.

“When you’re a little girl, you dream of marrying the man of your dreams,” Price captioned a series of photos of the proposal, which took place at the Lantern Fest at the Pinal Fairgrounds & Event Center in Casa Grande, Arizona, on Sunday, November 18. “You think of all these extravagant things from the way he asks you, to the dress you’re going to wear, to the music you’re going to dance to with your father. Sometimes, reality has a tendency to overstep your dreams and really surprise you.”

“You teach me every day, you compliment me when I’m at my worst, and you push me past the edge but you’re there to pick me up when I start showing signs of falling,” she gushed. “I love every piece of you, and I appreciate you more and more every single day. I truly cannot wait to be your wife ♥️.”

She concluded: “P.S. You’re officially the master of proposals. 143. P.P.S. I ugly cried so hard that I can’t even post the pictures so… there’s that..”

While competing on season 25 of Dancing With the Stars in 2017, Muniz revealed how Price helped him cope with his health issues and longterm memory loss. The race car driver told previously Us that he isn’t sure if injuries he obtained in driving accidents contributed to his health issues.

“I get sad at the thought of losing my memory, because I know that I do,” the Big Fat Liar star said. “So she writes literally in detail — she’s a writer too, so it works — like a journal that I can look at any day. It does bring me back there because there is really cool, amazing detail.”

It’s been an emotional week for Muniz, who revealed on November 15 that he lost his home to a flood.

“I arrived home from my uncle’s funeral to find 4 of my 5 story brownstone home under 3 feet of water. Everything I own, destroyed. Every wall, piece of artwork, personal photos, furniture… All because my cat accidentally turned on a sink a few days ago while we were gone,” he tweeted. “Thank God I have @paigey_price to help me get through this. I’d be lost without her. She’s so strong and exactly what I need.”