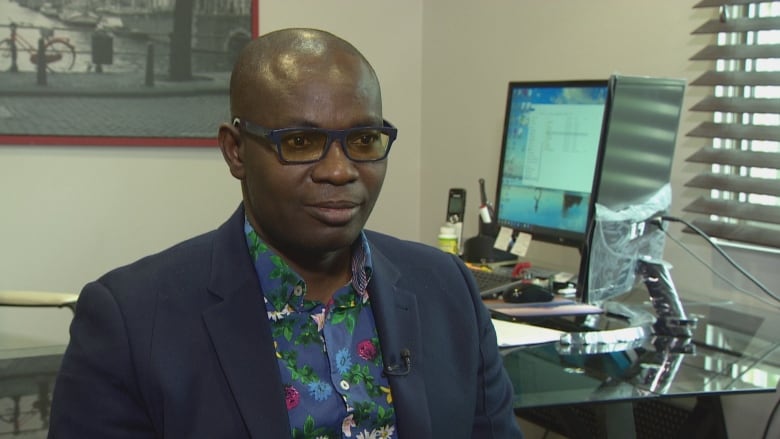 Canadian authorities have decided not to proceed with Monday’s scheduled deportation of a former Somali refugee and foster child detained at the Edmonton Remand Centre, his lawyer says.

The move came just hours after the United Nations asked the federal government to delay the deportation of Abdilahi Elmi, 34.

Elmi’s lawyer Idowu Ohioze told CBC News he received confirmation Friday afternoon in a one-line email from the Canadian Border Services Agency (CBSA) that the removal had been cancelled.

“He was of course obviously elated by the decision,” Ohioze said. “At least he’s got a temporary reprieve, so we will re-strategize and continue the fight.”

Ohioze noted more than 4,200 supporters had signed a petition to prevent Elmi from being deported.

“He instructed me specifically to convey his gratitude to the Canadian public.”

The CBSA decision took on added importance after a federal court on Friday afternoon rejected his application for a stay of removal.

That court ruling came on the same day the United Nations sent an email to Elmi’s supporters calling for a delay while the UN human rights committee reviews the case.

“The state party [Canada] has also been requested not to deport Mr. Abdilahi Ahmed Elmi to Somalia while his case is under consideration by the committee,” wrote special rapporteurs Yuval Shany and Christof Heyns.

The UN committee has also requested further information on the situation of returning refugees to Somalia. Both Ohioze and the federal government will make submissions so the UN committee in order for it to issue its non-binding ruling.

Three lawyers made an application to the UN on Elmi’s behalf Thursday, the same day his lawyer argued in Federal Court for the stay of removal.

While the court application was rejected, Elmi and his supporters are still hopeful that Friday’s decision will offer the extra time needed for a judicial review to be completed.

It challenges a so-called “danger opinion” issued about Elmi on June 26 that concluded the danger he posed to the Canadian public outweighed the risk of sending him back to Somalia, despite his refugee status.

“Interim measures requests from the human rights committee are always considered by Canada,” he wrote. “While Canada generally provides time to further assess a case prior to removal, each request is carefully considered on a case-by-case basis.”

On Thursday, Ohioze argued in court that the danger Elmi faces in Somalia outweighs the risk of keeping him in Canada. Elmi was set to be deported to the Somali port city of Kismayo, where gunmen stormed a hotel last month and killed 25 people, including Somali-Canadian journalist Hodan Nalayeh.

‘Will he survive a week?’

In a recent series of news conferences and interviews, Elmi’s family and supporters said sending him back to the country he fled as a child would amount to a death sentence.

“I was literally just roleplaying this through my head. How will this look for him?” said Dunia Nur, president of the Edmonton-based African Canadian Civic Engagement Council, expressing relief after news of the reprieve. “Will he make it in the first hour, in the first five hours, will he survive even a week?”

Nur was also among those who argued that the Government of Ontario, where Elmi became a ward of the state, failed in their duty to secure citizenship for him.

Elmi is in custody at the remand centre in Edmonton.

Elmi arrived in Canada in 1994 after fleeing Somalia and living in a refugee camp. The Ontario government soon apprehended him from his mother and he became a ward of the province.

By age 16, he was living on the streets, where he began committing crimes. Advocates say his actions were fuelled in part by substance abuse in response to the trauma experienced as a child.

Ohioze said the Ontario child welfare system never applied for Canadian citizenship on his client’s behalf, and by the time Elmi applied in 2010 he was informed he had run out of time.

A Federal Court judge set aside the decision to send Abdi to a deportation hearing, saying the government had not considered that he was “a longtime ward of the state.”