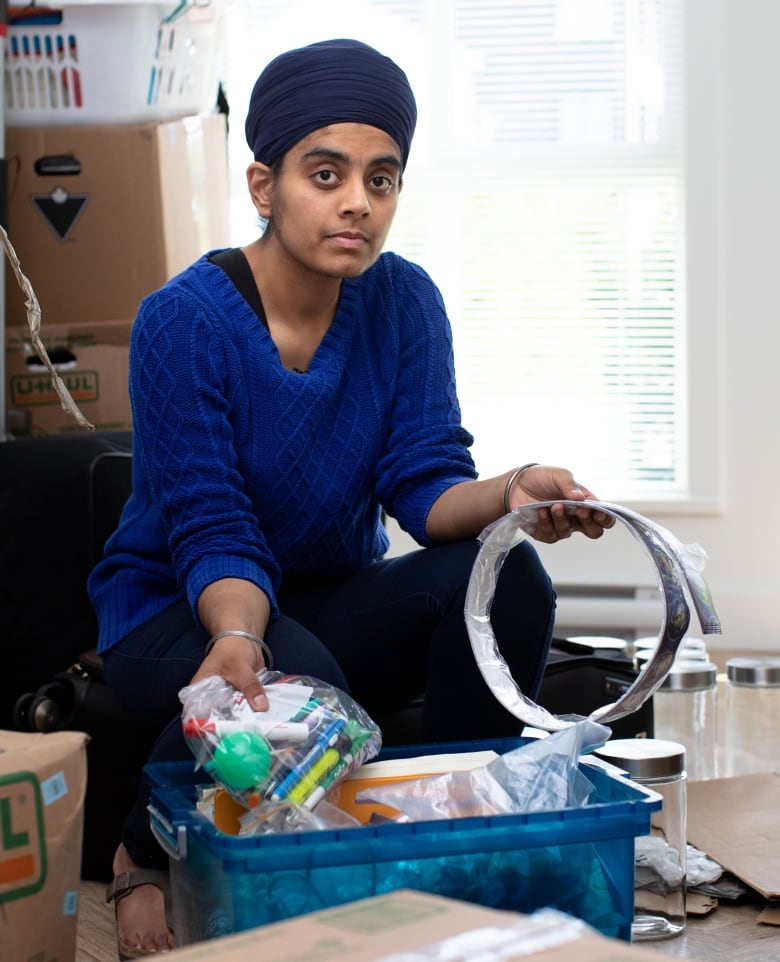 Amrit Kaur, who recently graduated to become a teacher, has moved across the country from her Montreal-area home to B.C. so she can work while wearing her turban, after the Quebec government passed a law banning religious symbols for some public-sector employees.

“I have a new job as a high school teacher which I’m very excited about,” said Kaur, 28, who recently arrived in Surrey, B.C. “It’s unfortunate that I had to leave my home province to pursue my career.”

Kaur is a member of the Sikh faith and believes the law, formerly known as Bill 21, violates her human rights.

“People who look like myself, we are being told that we’re second-class citizens.”

Kaur, also vice-president of the World Sikh Organization of Quebec, said her turban represents equality and is part of her identity.

“If you look all across the world, you will see traditionally men wearing turbans, but in the Sikh faith we believe men and women are the same. So me wearing a turban is very empowering because it’s telling the world that I’m no different than a Sikh man,” she said.

“I am empowered because I wear my turban, I don’t need saving,” she said.

Teachers already on the job at Quebec public schools are exempt if they stay in the same position. Kaur had not begun teaching in Quebec.

She has a one-year contract to teach English, humanities and social sciences at a private Surrey high school starting in September.

Kaur said she felt she had no choice but to leave her home province, and she empathizes with public sector workers who don’t have the same opportunity.

“I have the privilege of leaving the province because I got a job outside, but there are still people who will endure the effects of Bill 21,” she said. “Our lives are so disrupted. I’m very much a Quebecer and I’d always like to go back home.”

The new secularism law bans public school teachers, police officers, government lawyers, judges and other authority figures from wearing religious symbols such as a hijab, turban or kippa at work.

It invokes the notwithstanding clause, which protects the legislation from being contested on the grounds it violates the right to religious freedom under the Charter of Rights and Freedoms.

The religious symbols law was a major campaign promise during last year’s provincial election in Quebec.

Quebec Premier François Legault has argued the law is needed to ensure the secularism of the state and stop debates about how to accommodate cultural minorities.

The National Council of Canadian Muslims and the Canadian Civil Liberties Association filed a legal challenge hours after it was passed in June, and the case is still winding its way through the court system.

Advocacy groups argue that by limiting access to certain public institutions, Bill 21 is criminal legislation — something outside the province’s jurisdiction.

In July, a Quebec Superior Court rejected an emergency request to temporarily suspend parts of the new religious symbols law, which prompted the two advocacy groups to file an application at Quebec’s Court of Appeal.

Waiting for a final resolution could take time.

As the court battle continues, B.C. Education Minister Rob Fleming is encouraging teachers from Quebec to apply for jobs in his province, which he said is experiencing a “resurgence” in French-language schooling.

“We don’t police what kind of faith or observances individuals have. We judge them on the kind of competencies and the job that they do for the public.”