Fatima Ali: How Padma Lakshmi Has Supported Me During My Cancer Battle 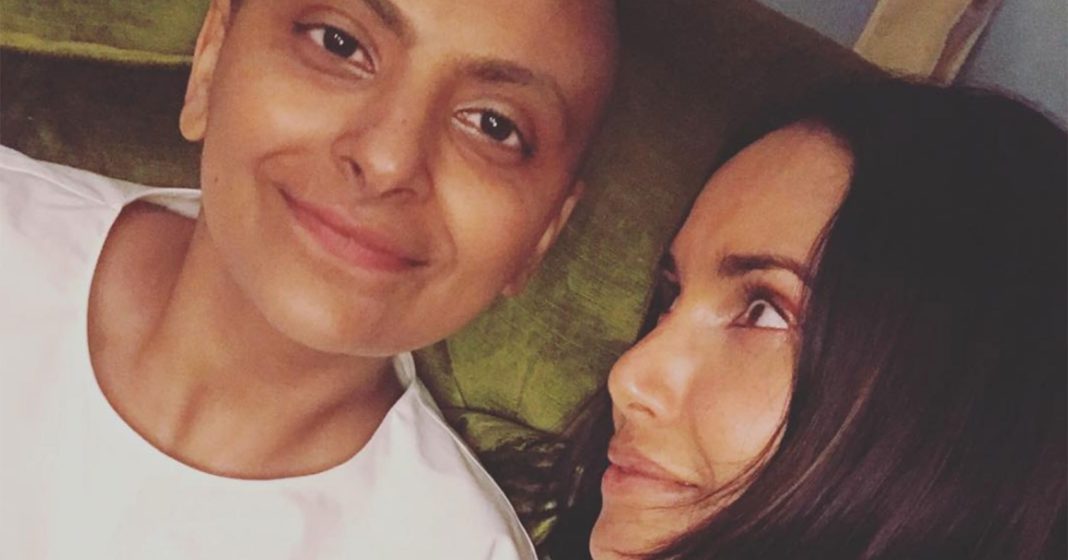 A helping hand. Top Chef alum Fatima Ali opened up exclusively to Us Weekly about host Padma Lakshmi’s efforts to support the former contestant during her battle with terminal cancer.

“Padma has taken out much time for me and my family. Coming to sit with me during chemo, popping in with homemade khichdi or sending over delicious chicken and homemade samosas,” Ali told Us on Monday, October 15. “While battling cancer, I have had energy for little else sometimes, and knowing that I have such a strong support system around me brings me great peace.”

The season 15 star was diagnosed with Ewing’s sarcoma, a rare bone and soft tissue cancer, in late 2017. After undergoing several rounds of chemotherapy and having a tumor on her left shoulder surgically removed (at which time Lakshmi, 48, was by her side), Ali announced she was cancer-free in February. However, she suffered complications after completing chemo in August.

Dear friends, I have seen @cheffati grow and blossom every day I walked into the @bravotopchef kitchen. I have seen Fatima’s ambition sharpen over weeks of competition, seen her soar along with all of you. Most of you will read Fatima’s writing for the first time in this @bonappetit piece. Since her diagnosis I have been fortunate enough to get to know her deeper and in a new light. Over these months, I have come to know her family. Her mother has shown me her older writing which is just as poignant. I am pleased to share my friend’s story with you all today. I am so proud of her. I can tell you that in these months I have not only seen her continue to find her voice, but been inspired by her exponentially. I have gotten to know most of her family and in them I see my own. I was in the hospital with her the morning she had surgery months ago and witnessed her courage. The day after my @nytimes piece came out, I went to see her, and she cheered me on by holding my hand from the hospital bed, assuring me I had not flayed myself in vain. I was with her last night as she went in for radiation and she still turned back to smile at her mother and me when the nurse with the wheelchair came. I hope that this year brings her as much as she can hope for. You’ve said on the show that growing up I inspired you. But Fati, now, it’s you who inspire me. Everyday. I love you Fati. Link in bio. #teamfati

Ali also credited her relatives for their support. “I could not have gone through a single day without my family, especially my mother, by my side,” she noted to Us.

The reality star added: “I can’t say that I have been surprised by anyone’s love, but I have been amazed by the sheer magnitude of care and outpour of messages from complete strangers. Every day, between all my social media accounts, I have had people send me their own journey of battling cancer or that of their loved ones or even just a simple line of encouragement.”

Ali revealed her terminal diagnosis in an essay published by Bon Appétit’s Healthyish on October 9. “The cancer cells my doctors believed had vanished are back with a vengeance in my left hip and femur bone,” she wrote. “My oncologist has told me that I have a year to live, with or without the new chemotherapy regimen. I was looking forward to being 30, flirty and thriving. Guess I have to step it up on the flirting. I have no time to lose.”

Lakshmi is among the Top Chef stars who have supported a GoFundMe campaign launched to provide funds for the chef’s plans to travel around the world sampling restaurants.