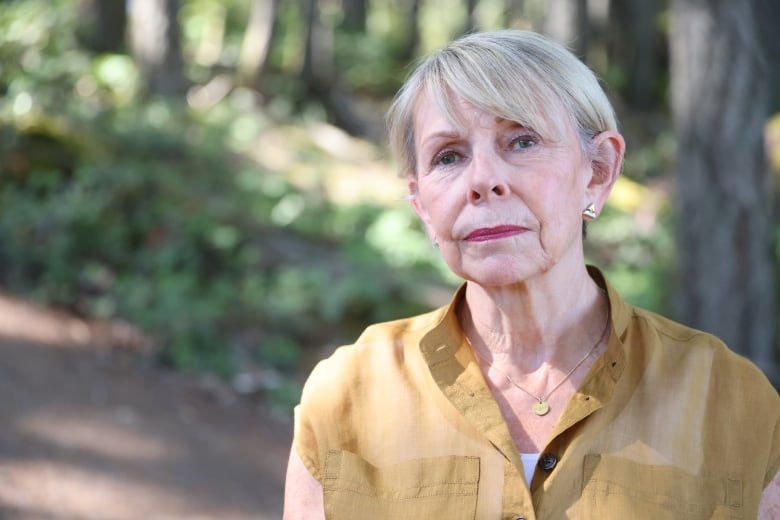 At first, Brenda Diederichs only heard it — the rumbling and cracking. As boulders and mud dropped 650 metres down a steep valley slope toward the highway where she was hunkered in her car, trees snapped like pencils.

Diederichs was one of dozens of people trapped in that valley on the morning of Nov. 15, 2021, when an earlier landslide had blocked Highway 99, about 40 kilometres southwest of Lillooet, B.C.

Her son, who was travelling just ahead of her, had gotten out of his vehicle to run and help others after the first landslide. He urged his mother to get back in her car for safety. As she scrambled back to her car, they made eye contact.

Then, suddenly, a second six-metre-high wave of debris swept across the highway.

“It can happen so fast; I don’t know how people could prepare to avoid those situations,” said Diederichs.

Five people were confirmed dead, among them her 36-year-old son, Brett Diederichs, whose body still hasn’t been found.

Diederichs said it was infuriating to learn that the fatal landslide she survived was likely caused by land-management issues around an old logging road, and may have been preventable.

“I got angrier and angrier the more I thought about it,” said Diederichs.

“Why were we allowed to be on that highway that day? There should have been some caution used. Putting all of those people in danger, that made me furious.”

As Diederichs and the others drove down Highway 99, also called Duffey Lake Road, that day, a thin swathe of forest curtained what was behind — a steep slope made unstable by logging activity that dates back decades.

Engineers and hydrologists say the underlying cause of the landslide was unenforced land-management regulations, a legacy of historical logging that left unstable land with dangerous drainage invisible above the highway.

And the tragedy points to much larger land-management issues with the close to 1.5 million kilometres of logging, mining and oil exploration or so-called resource roads snaked across Canada — enough road to circle the Earth 37 times.

Often the roads are not deactivated properly after the logging or mining activity, experts say, creating drainage problems and other hazards. The dangers are even greater in steep-sloped areas.

B.C.’s Forest Practices Board has warned the province repeatedly about the inconsistent and inaccurate information on forest service roads. In a November 2020 report, the B.C. Auditor General rapped the province for not managing the safety and environmental risks on such roads, thus increasing the risk to road users.

On the day of the landslide, Diederichs was driving along Highway 99 with her dog. Her son and daughter-in-law were ahead of her in their car, all of them heading toward Victoria.

They took this route as it was the only open road connecting the Lower Mainland to other parts of the province after an atmospheric river washed out bridges, roads and homes in southern B.C.

Vancouver litigation lawyer Robert Gibbens said that provincial safety officials kept the highway open on Nov. 15 despite unusual rain levels and earlier mudslides. All traffic was funnelled from B.C.’s Interior through this zone.

Gibbens contends that was negligence.

“That road was kept open and these people were there basically like sitting ducks, unfortunately,” said Gibbens, who is attempting to get a class action certified in this case.

Gibbens represents a three-year-old child who lost both parents in the landslide.

“She is now deprived of both of her parents for the rest of her life. It is devastating,” said Gibbens.

The statement of claim filed in B.C. Supreme Court says the provincial ministry of transportation’s decision to keep the highway open on Nov. 15 resulted in 50 vehicles being cut off by a mudslide, stuck in a steep valley, exposing them to a second slide that killed five.

He’s arguing that the tragedy was preventable and caused by improperly decommissioned logging roads, a problem that spans Canada and shows up in reports to the province about the dangers when heavy rains hit unstable slopes.

“They knew about these things. They’ve happened in the past and they’ve written many different reports on it. This was not new and this was completely foreseeable,” said Gibbens.

WATCH | Cleanup in the aftermath of deadly B.C. landslides: 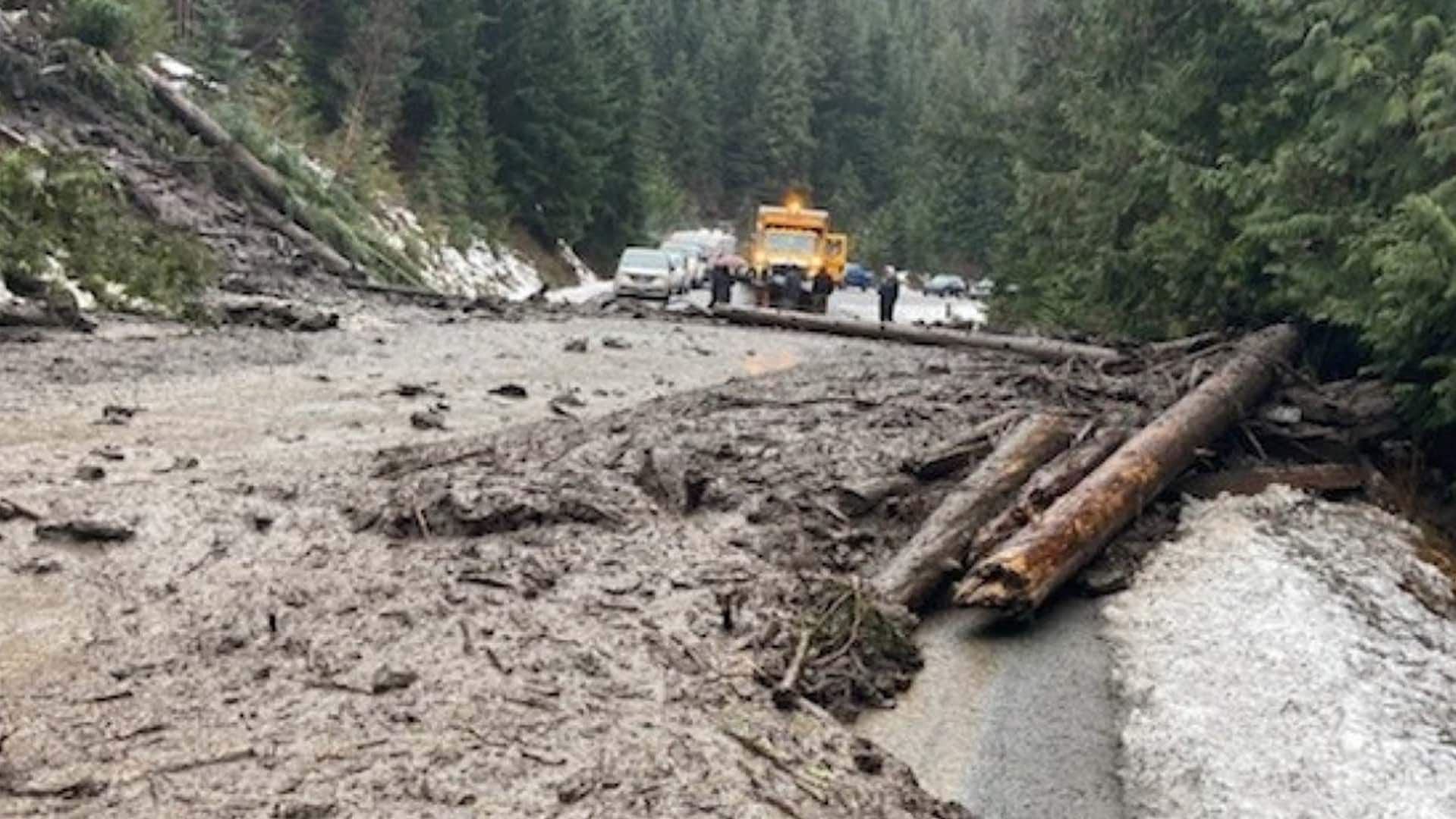 The bodies of four people have been recovered following a mudslide on Highway 99 near Lillooet, B.C. Meanwhile, cleanup efforts continue in areas hit hard by flooding — with members of the Canadian Armed Forces dispatched to assist.

When unprecedented rains hit southern B.C. late last year, there were multiple washouts and slides. Crews were already working the morning of Nov. 15 to rescue 275 people stranded overnight on a stretch of Highway 7 between Agassiz and Hope.

As they worked, Minister of Public Safety Mike Farnworth was questioned how this could happen and why people were not warned. “Landslides, as you know, are unpredictable. They happen,” he told reporters.

But experts long warned of the dangers of leaving disused logging access roads without proper decommissioning — the removal of bridges and culverts — to allow water to flow in its natural pathways.

In B.C. alone there are more than 600,000 kilometres of resource roads after a century of logging and mining.

Provincial officials in B.C. declined interview requests, saying that a new data system was implemented in March to work toward “a more complete, accurate inventory of decommissioned and non-status roads.”

The permitting of logging or service roads is managed and regulated by the province and overseen by the B.C. Forest Practices Board, which acts as a watchdog. A logging company applies to the Ministry of Forests for a permit, and when the road is no longer needed, the company hands over control of the roadway back to the province.

Permit holders are required to remove any structures and return the ground to its natural state, so water flow is not affected. But in many cases, the roads are not properly maintained or deconstructed, and little is done, an engineer told CBC News.

One such road cut into the slopes above the fatal landslide site near Channel Creek decades ago. It’s almost invisible from the highway, with a deep gully at its overgrown entrance.

Engineer Calvin Van Buskirk has spent his life studying water flow and how logging operations alter the land when they skid logs down slopes or bridge gullies.

“The force of the water and what water can do is phenomenal,” said Van Buskirk, noting the six-metre trees that were “snapped like pencils” by the Duffey Lake landslide.

He began investigating the source of the slide near Channel Creek in 2021, armed with his pick axe and historical knowledge of how logging roads are often not put to bed properly, despite requirements.

Van Buskirk said the site was a danger long before the atmospheric river brought extreme floods. While heavy rain played a role, he says a site analysis suggests the underlying cause of the landslide was poor land drainage and lack of land management.

And he believes this landslide could have been prevented by removing the culverts and returning the land to its natural drainage pattern.

Van Buskirk notes the eerie feel of calm now, as a slight wind blows over the rushing sound of Channel Creek. Mounds of earth mark the place where cars and people were crushed. A discarded license plate and car parts peek through a jumble of mud and jagged timber nearly a year later.

“For something like this to end in tragedy for so many families … something that could have been prevented.”

‘A complete lack of data’

The Duffey Lake slide isn’t the only deadly event linked to resource roads in the country.

In 2019, a 29-year-old Quebec nurse named George He was found dead in a remote part of northern Quebec after his vehicle got stuck on an old logging road bridge. He was driving in an area that had no cellphone coverage, and took a shorter route recommended by Google Maps, leading him down a snow-covered forest when he got stuck.

His body was later discovered 17 kilometres from his truck. He had frozen to death.

Quebec City hydrologist Sylvain Jutras says there’s a lack of information and care over logging roads in his province, which hurts the environment and can endanger the public.

“There’s a complete lack of data,” on the status of resource roads, according to Jutras, who is a scientist at Laval University.

The Quebec government told CBC News its vast forestry road network is vital, and explained it’s impossible to decommission all such roads “as they are used by many, including Indigenous communities, hunters and fishers, mining companies and trappers. Closing them would create many issues.”

A call for change

Back in B.C., engineers are now scrutinizing the slopes above the deadly Duffey Lake slide to assess further risk. The crew are using LIDAR, ground-penetrating lasers, to examine the landscape for changes in water flow from the culverts, road cuts and skid trails left behind.

Brenda Diederichs says it’s time the province demands that the forestry restore land in a way that doesn’t leave a “trail of chaos.”

It’s been nearly a year since the landslide that killed her son, and his body still hasn’t been recovered. She says Brett — a musician and trained paramedic — may never be found.

“He’s part of the mountain now. And if that’s where he’s going to rest for the rest of eternity, you know, so be it. We know where he is, even if we don’t know where he is.”