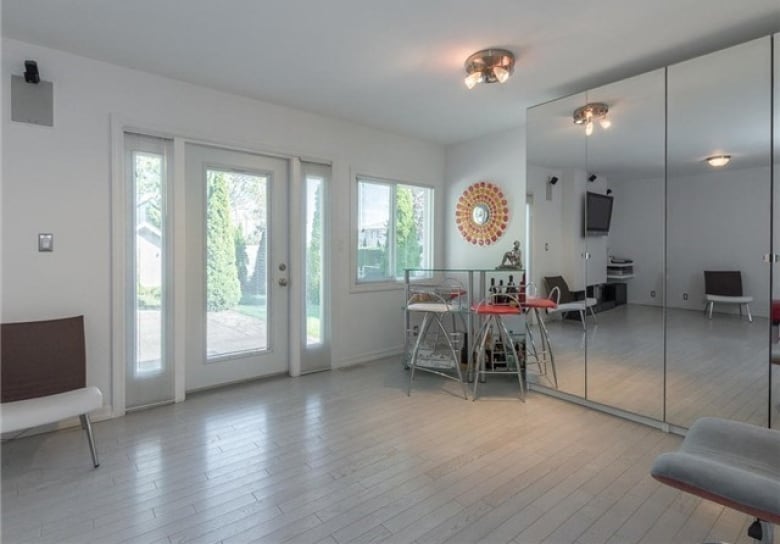 On paper, Tozheg Roshankar says the woman who applied to rent a unit in the Mississauga, Ont., home she owns appeared to be an ideal candidate: a great credit score, proof of employment, three recent pay stubs and a reference from a prior landlord — all shared through the tenant’s agent. Roshankar says on top of that, she empathized with the woman because she was a single mother.

“Speaking to them, I even right there shared with them — I personally have raised my daughter as a single parent. I’m well aware of the challenges and I would like to support you,” Roshankar, who listed the unit for rent in April, told CBC News.

She said she stressed to the tenant how important it would be to pay the monthly rent of $2,450 on time, since Roshankar is also a single mother who is financially supporting her daughter and her elderly mother.

But according to Roshankar, within weeks it became clear that wouldn’t happen. She claims the May rent was late and the next two rent cheques bounced.

“At that point I started to get really worried, because it just didn’t add up,” said Roshankar, who lives in a condo. The house is her only rental property.

Soon after, she said she came across a CBC News article about a landlord who claimed his tenants used fraudulent documents to rent his unit, then stopped paying rent. One of those names — Shasteven Reid — matched the name of her new tenant.

“It was a massive shock to my system, emotionally,” Roshankar said, adding she’s now owed more than $13,000 in unpaid rent and utilities.

She filed an application for eviction with Ontario’s Landlord and Tenant Board (LTB) in August but still hasn’t received a hearing date. She’s been told it could take between eight and 10 months before she receives even a notice of a future hearing date.

Some landlord and tenant advocates say Roshankar’s situation is not uncommon and that much more needs to be done to address the delays that persist two years after a temporary moratorium on eviction hearings ended. The moratorium on hearings, which lasted from March to August 2020, was introduced because of the COVID-19 pandemic.

CBC News compared documents submitted in the rental application to Roshankar with documents shared with the previous landlord. There are variations in the applications, including two Ontario driver’s licences showing the same name but different dates of birth.

Adding to her frustration, Roshankar said she contacted Peel Region police to report the alleged fraud but was told it could be upwards of a year before they can review the file. Meanwhile, she said, the financial toll of not receiving rent — plus a portion of utilities — since May has been massive.

“So every month … I’m going $2,500 into debt,” Roshankar said, adding she’s now using a line of credit to make the mortgage payments on the two-unit home, after previously relying on rent to help cover costs.

Kathleen Lovett, owner of KLP Paralegal Services in Toronto, said she often sees cases like these, where non-paying tenants are pushing small-time landlords into financial chaos.

“I had a client call me just the other day who was absolutely desperate and on the point of filing for bankruptcy because she could no longer afford to run two mortgages on her own. She has cashed in all her RRSPs to just try to make ends meet,” she said.

Lovett said that prior to the pandemic, she could get an LTB hearing date within six to eight weeks, and now she believes the backlog is seven to eight months.

One reaction to the delays, she said, is that some landlords are deciding to sell their homes or get out of the rental business.

“I’ve seen many, many clients over the years just close up and that’s it. And of course that has a negative impact on our whole society because our rental market is shrinking and shrinking.”

Some organizations have been working with the provincial government to try to push for changes.

“We certainly hear from members … regularly who share their frustrations with us about how long it takes to get their case to the board, and we continue to share that with government,” said Tony Irwin, president and CEO of the Federation of Rental-housing Providers of Ontario, which advocates for quality rental housing.

Irwin said he believes the provincial Conservative government has made strides when it comes to hiring more LTB adjudicators and allocating more resources, but more still needs to be done.

“We need to be able to get hearings done on obviously a more reasonable time frame,” Irwin said, adding it’s important not just for rental housing providers but for renters, too.

A group that represents small landlords says it’s meeting with local MPPs on Friday to discuss the backlog and other issues with the LTB.

“‘One of the things we’re going to be talking about is how to end professional tenants and how to … stop the use of fraudulent documents,” said Varun Sriskanda, a member of the board of directors for Small Ownership Landlords of Ontario.

Board has faced ‘significant challenges’

In a statement, Tribunals Ontario said the Landlord and Tenant Board has experienced “significant challenges” that have impacted its caseload — including the five-month-long moratorium on eviction hearings in 2020.

It says since then, the board has made “great strides” to improve its service standards, including adding more staff.

In April, the province announced it was spending more than $19 million over three years to help reduce backlogs at the board and speed up decisions.

“The LTB recognizes current processing times are longer than we wish them to be, and we understand the impact that delays have on those who access our services,” its statement says. “We are actively working to improve our service standards and to modernize our operations to provide more timely and effective service to our users.”

CBC News reached Roshankar’s tenant, Shasteven Reid, for comment, but she didn’t respond directly to the allegations and said she felt she was being harassed by the media.

As for Roshankar, she said the line of credit she’s using to pay her mortgage will run out and she’s not sure what to do.

“How much longer can I go into debt?”