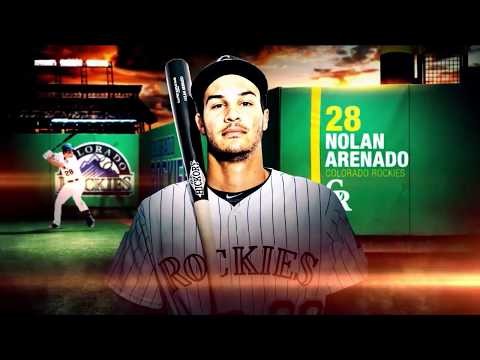 The Eyeball Scout has gotten a longer look at both Daniel Gossett and Jaycob Brugman. Does familiarity breed contempt, or does it bring fondness?

But the Eyeball Scout is so indifferent to stats that he spits with contempt and insubordination at the very mention of a number. Indeed, the Eyeball Scout has reason to hate numbers, having been teased by a 3 and fondled by a 7 as part of a shattered youth. But I undress…

First and foremost, this is not a comparison in terms of quality but rather in terms of delivery and repertoire: Gossett reminds me a lot of Joe Blanton, with his short windup and deceptive short-arm over-the-top delivery, and a fastball-slider-curve-changeup mix (in Gossett’s case the “slider” is termed a cutter but acts very much like a slider) that is heavily reliant on precision, a lot of strikes, and sneaky-fast deception.

Like Blanton, Gossett walks few, gives up a fair number of hits, and is prone to the long ball. If Gossett could mirror Blanton’s career, it would be a success as Blanton’s next win, if he gets it, will be #100 in a career that has lasted 1,743 innings and counting.

That all being said, I have some real concerns about Gossett going forward. He is one of those pitchers who, while being cerebral, intelligent, and not helping out the other team with walks, really needs to be precise with his stuff and has little margin for error. What I’ve noticed is that Gossett does make quite a few mistakes each start, only some of which have been punished — and yet he has still surrendered a HR every 4 innings.

Don’t get me wrong: when he isn’t making mistakes, Gossett is making a lot of great pitches. Trouble is, if you hit your spot 90% of the time in the minors you thrive but if you miss location 10% of the time in the big leagues…If your stuff is great, you can still be a decent pitcher but if your stuff relies on precision, then a 10% failure rate leaves you where Gossett is and that’s a 6.23 ERA.

Obviously, the solution is for Gossett to settle in and make fewer mistakes, to be closer to perfect. I don’t know if Gossett has that in him, but if he does then perhaps he has the upside of Blanton. The risk is that he carries the floor of every “need to be perfect” pitcher who wasn’t. Now, Gossett has the advantage of throwing 91-92MPH and not the mid-to-high 80s of a Tommy Milone or Andy Sonnanstine, but the stuff is such that when it’s up in the zone it’s very hittable and Gossett’s mistakes have been hit hard and far.

Overall, I still like his chances of settling in to be a solid back of the rotation SP and you have to like a rookie who comes in and walks 3 batters in his first 26 IP. But I would not, at this point, say that he is assured of making it in the big leagues beyond the dubious distinction of a #5 SP. The Eyeball Scout looks forward to a few more starts that might help to predict where in the “Blanton-#5 SP” continuum Gossett can fall.

The more Brugman plays in CF the more stretched he looks there, but I still like his chances of being a solid 4th OFer defensively, a guy who can help at all 3 positions and maybe thrive in a corner.

As for his hitting what stands out to me is that Brugman, as he attacks a pitch, uses almost exclusively his hands and no body. It’s no wonder he generates virtually no power at all, as he pretty much flicks his hands at the pitch.

I like that Brugman’s swing isn’t wild and that he is not under the mistaken impression that he is a power hitter. However, his approach — especially given that he attacks pitches the same way on any count — is too extreme. He needs to engage his body in supporting the work his hands are doing, and he needs to have the ability to load up a bit when he swings in a hitter’s count. As it is, Brugman has virtually no chance of driving the ball; hence his rather tragic .244 slugging percentage that has puppies weeping.

For Brugman, I don’t think his handsy hitting approach is sustainable. Either he will learn to engage his body in some of his swings or he will not hit enough to stick in the big leagues. We saw what such an adjustment can do with Yonder Alonso (whose body type enabled him to hit for actual power). With Brugman, an adjustment would not lead to 19 HRs before the All-Star break, but could allow him to smack a few doubles and keep defenses from employing the old “7 infielder alignment”.

Thoughts? Additions? Care for a mint?