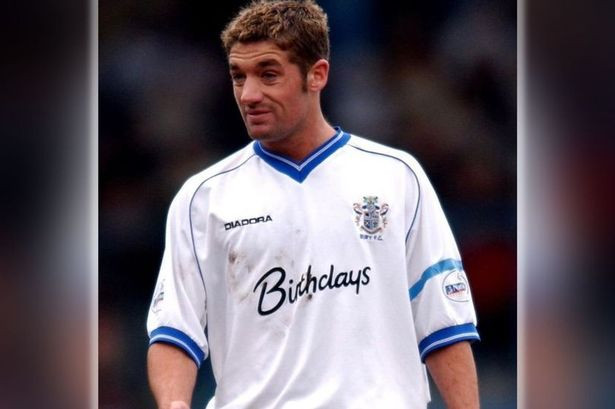 Former Bury captain, Martyn Forrest, has died at the age of 43, according to his wife.

The ex-player collapsed during a match 14 years ago and was later diagnosed with a brain tumor. Forrest continued to receive treatment and underwent brain surgery three times.

Earlier this year, he received the sad news that the treatment was no longer being effective before he tragically passed away.

Also read: Passed on Paradise: Why These Bachelor Nation Stars Turned Down ‘BiP’

In a statement, his wife,  Lisa said: “It is with the heaviest of hearts that I write this message to let you know Martyn has passed away. He was an amazing husband and a fantastic dad. We will miss you so so much. Not many people are aware that when Martyn collapsed on the pitch at Radcliffe Borough back in 2008 he was diagnosed with a brain tumor.

“After undergoing brain surgery 3 times, radiotherapy and chemotherapy we were given the unfortunate news in March 2022 that the treatment was no longer working. After a few months of suffering, he is now at his resting place where he can look down on his two boys and see them grow up into amazing men. I cannot say how much his fun-loving personality is going to be missed by so many people. Rest in peace, my wonderful husband.”

Bury wrote in a statement on Twitter: “ONCE A SHAKER ALWAYS A SHAKER. We are saddened to hear the news of former captain Martyn Forrest’s passing. He showed bravery on and off the pitch and will be remembered fondly. We send our thoughts to his friends and family.”

Forrest played for Bury between 1996 and 2003 before later having spells at the likes of Leigh RMI, and Droylsden. He also made 287 appearances for Radcliffe between 2004 and 2012, scoring 10 goals.

The former player previously collapsed on the pitch whilst playing for Radcliffe and swallowed his tongue during a match against Durham City at Stainton Park in 2008. He was saved by a linesman, who was an off-duty doctor, and two club physiotherapists.

Forrest said after the incident: “It was a stroke of luck having a doctor there as a linesman. I have not had a chance to have a word with him yet. I’m going to talk to him and thank him for what he did — which has probably saved my life.”