El Nino 2023: Why You Should Expect Unprecedented Heat This Year 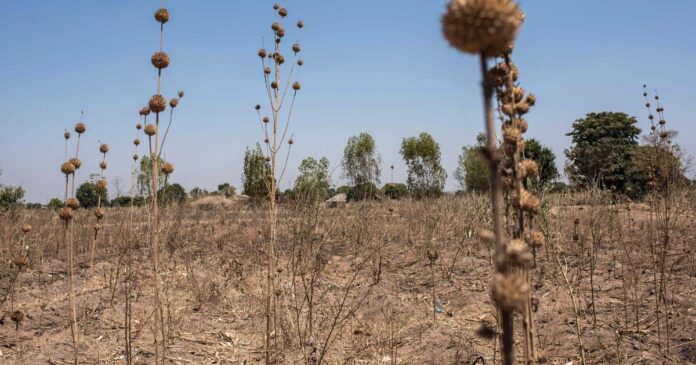 It may be freezing right now in the UK, but 2023 and 2024 are expected to be some of the hottest years on record – and it all comes down to a climate phenomenon called El Nino (and it’s opposite, La Nina).

What is El Nino and La Nina?

El Nino Southern Oscillation (ENSO) is the name of two opposite states which can drive global weather patterns, something that was first noticed in the 1600s.

Peruvian fishermen noticed that warm water seemed to surface in December for the Americas and called it ‘El Nino de Navidad’ (which translates as the Christ Child).

In a nutshell, El Nino brings a global temperature increase of 0.2C.

Its opposite was not spotted until the 1980s and just called ‘La Nina’ (meaning little girl) – it brought a decrease in temperature of 0.2C.

The weather phenomena affect infrastructure, food, and energy systems by the effect they have on the weather.

The events usually happen every two to seven years and can last between nine and 12 months.

It’s also worth noting that La Nina is less common than El Nino, and the weather patterns do not have to alternate. There can be a neutral period too when neither weather event is active.

How does El Nino work?

This is a weather phenomenon where the wind pushes the warm, surface layer of the ocean east across the Pacific Ocean towards the Americas.

By spreading out this warm water, pushing the Pacific jet stream’s strong air currents further to the south and the east, the global climate increases by 0.2C.

This is enough to add 20% to the existing global temperature rise from climate change – along with wetter and warmer air.

However, it doesn’t bring increased rainfall everywhere. Canada and northern states in the US stay dry and Asia, Australia, Central, and Southern Africa experience drought while South America and Central America are much wetter.

El Nino triggers more hurricanes in the Pacific, but fewer tropical storms in the Atlantic.

It’s worth noting that it brings less cold water to the surface too, meaning there is less food for marine life.

It also meant winds piled warm water off the coast of Asia, so the sea level there went up while cold water went to the surface.

La Nina brings more hurricanes in the Atlantic too, but fewer tropical storms in the Pacific.

El Nino is set to return later in 2023, making the extreme weather around the globe rise, and probably exceed 1.5C of warming.

For context, greenhouse gases have already driven up global temperatures by an average of 1.2C, leading to US and Europe heatwaves and floods in Pakistan and Nigeria.

It’s worth remembering that despite the general cooling effect La Nina has been ushering in for the last two years, 2022 was still the fifth hottest year on record.

The hottest year ever was in 2016, a year when El Nino was in effect – which tells you what kind of impact the weather phenomenon can have.

It’s worth remembering that the last El Nino between 2014 and 2016 triggered crop failure and hit the food security of more than 60 million people around the world.

According to the BBC, professor Adam Scaife from the Met Office hammered home this message by saying: “Global average temperature over the last three years has been at near record levels, but it would have been even higher without the cooling effects of a prolonged La Nina.”

To make matters worse, professor James Hansen at Colombia University in New York also predicted it will really heat up towards 2023, and 2024 will be even hotter.

He said: “We suggest that 2024 is likely to be off the chart as the warmest year on record. It is unlikely that the current La Nina will continue for a fourth year. Even a little futz of an El Nino should be sufficient for record global temperature.”

Are El Nino and La Nina related to climate change?

Tree rings, corals, and sediment records suggest that the phenomena have varied in frequency and strength since the 15th Century.

But ENSO events since 1950 are stronger than those that occurred in the century before.

The Met Office’s Scaife also said: “We know that under climate change, the impacts of El Nino events are going to get stronger, and you have to add that to the effects of climate change itself, which is growing all the time.

“You put those two things together, and we are likely to see unprecedented heatwaves during the next El Nino.”