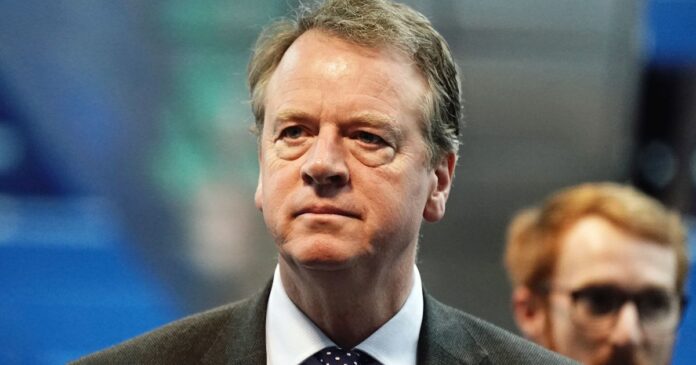 By Terry Paul
January 17, 2023
A Tory minister has been accused of behaving like a “colonial general” by blocking Scotland’s gender reforms from becoming law.

SNP MP Pete Wishart condemned Alister Jack, the secretary of state for Scotland after he confirmed that the UK government has vetoed the Gender Recognition Reform Bill, which was passed by the Scottish Parliament.

It is the first time it has happened since devolution was introduced nearly 25 years ago.

The bill is aimed at making it easier for trans people to legally change gender by speeding up the process and lowering the age at which it can happen.

Jack used a so-called “section 35 order” to stop the bill from becoming law over concerns that it would cut across the UK-wide Equality Act.

Explaining the move in the Commons, Jack said: “I have not taken this decision lightly.

Also read: Trains, Buses, And Trucks: How 2023 Could Be Pivotal For Hydrogen Technology In Canada

“The government has looked closely at the potential impact of the bill and I’ve considered all relevant policy and operational implications together with the minister for women and equalities.

“And it is our assessment that the bill would have a serious adverse impact among other things on the operation of the Equality Act 2010.

“Those adverse effects include impacts on the operation of single-sex clubs, associations, and schools and protections such as equal pay.”

But Wishart, the MP for Perth and North Perthshire, said it was “the single biggest attack on Scottish devolution and Scottish democracy since the establishment of the Scottish Parliament”.

He said: “A move to strike down a piece of legislation which is supported by every single party in the parliament is as provocative as it is anti-democratic.

“When the Scotland Act went through parliament back in 97/98, the Conservatives then called section 35 the colonial general rule.

Also read: Trains, Buses And Trucks: How 2023 Could Be Pivotal For Hydrogen Technology In Canada

“Is he now the real-life colonial general imposing his view on a reluctant Scottish Parliament in the name of his party’s culture wars.”

My contribution in the Section 35 statement. ‘This is as provocative as it is anti democratic’. Really dreadful stuff from the Tories today. pic.twitter.com/xClWZoX7vL

Meanwhile, Nicola Sturgeon has confirmed that the Scottish government will challenge the UK government’s decision in court.

She told the BBC it was an “attack” on the Scottish Parliament.

“And if it is allowed to happen on this, then I think that is a very slippery slope of the UK government deciding to veto decisions of the Scottish Parliament any time you like,” the first minister said.