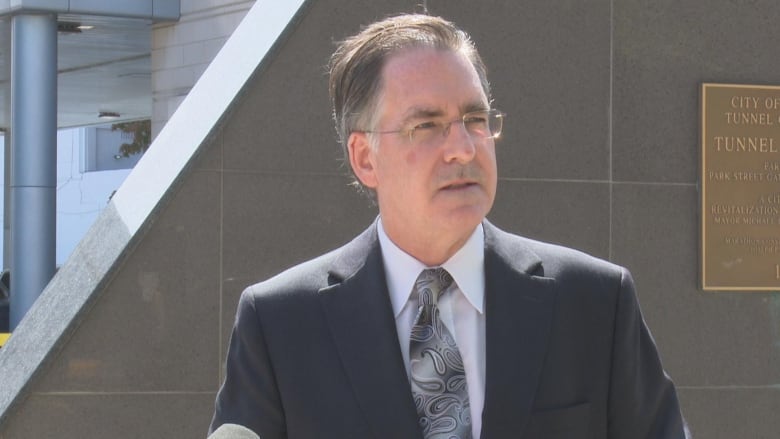 Diane Costello, a colorectal cancer patient in Windsor, Ont., has gotten her dying wish to see her American parents one last time.

Diane’s daughter, Shayla, confirmed to CBC News that public health officials gave her family an exemption to COVID-19 border restrictions that require a 14-day quarantine for those entering the country. She found out about the exemption at around 6 p.m. Thursday, which meant her grandparents would be allowed to see Diane as long as they agreed to some conditions.

The family was reunited Thursday night.

“Oh my goodness, mom was so happy,” said Costello. “She does have delirium now but it seems like she snapped out of it when she saw my grandparents, she knew exactly who they were.

“It was nice seeing her normal, we stayed for a couple of hours.”

In a news conference Thursday afternoon, Costello along with Windsor West NDP MP Brian Masse urged the government to improve the process of family reunification during the Canada-U.S. border closure.

He and Costello told reporters the rules clearly differ for everyday citizens and those with money and connections to the political elite.

“If you’re sick and if you are just an ordinary, working-class person, you do not get access,” said Masse Thursday before the family’s exemption was granted.

Windsor-Tecumseh NDP MPP Percy Hatfield also stood up in the legislature at Queen’s Park on Thursday to appeal to the federal government on the family’s behalf.

Later that day, Costello received the news that her grandparents would be allowed to visit their dying daughter.

The news came after a CBC News investigation found that a top Donald Trump donor was allowed to enter Canada last month without quarantining.

According to a company spokesperson, Liz Uihlein, the 75-year-old president and CEO of Uline Inc., and two other senior company executives were granted special exemptions from the two-week self-isolation period for a 36-hour business trip to the company’s office and warehouse in Milton, Ont., on Aug. 25.

On Thursday, Blair tweeted that the decision to allow the Uline executives in without quarantining was, in fact, made by Canada Border Services Agency (CBSA) officers “based on the information provided” and that “entry should not have been permitted.”

“No special entry exemptions were provided to Uline executives, nor were any national interest exemptions,” Blair tweeted. “This was not a political decision.”

The federal government has classified a number of jobs as “essential” during the global pandemic and has exempted truck drivers, airline flight crews, health-care professionals, critical infrastructure workers and some technicians from the quarantine rule. Exemptions have also been granted to hundreds of athletes.

When CBC News first spoke with Shayla and Diane earlier this month, the two said Diane’s parents — her 77-year-old mother and 80-year-old father — have their own health issues that would make it difficult for them to quarantine without medical treatment for two weeks.

Costello said it’s “upsetting” to know billionaire CEOs and political influencers are being allowed into the country without quarantining, while her grandparents had not been granted the same to see their dying daughter.

“At first, they weren’t able to come into Canada because my grandma does have her own health issues. She finished her treatment and then she was able to get over here after her treatment. But they could have already seen my mom within those three weeks.”

On Wednesday, federal government officials announced Canada’s border clampdown on travel could soon be adjusted to allow some new humanitarian exemptions, adding it is looking to establish a process to weigh certain travel applications on a case-by-case basis.