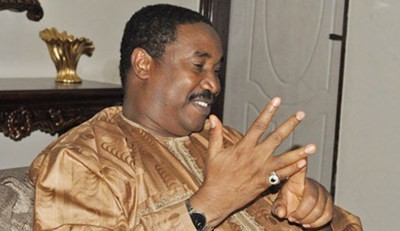 The commission of inquiry set up by the Katsina State Government to probe former governor Ibrahim Shema’s administration resumed sitting on Thursday amid drama as the lawyers representing the former governor said they were attending the sitting in protest.

They also challenged the appointment of the new chairman of the commission, Mr. Ado Maaji.

The drama started shortly after the commission resumed sitting under the chairmanship of Maaji instead of Justice Muhammad Sirajo.

Representing Shema, Uyi Igunma, who led other three lawyers, told the commission that they (lawyers) was attending the sitting in protest, as they were not served hearing notice concerning the sitting.

The commission’s counsel, Dr. Hassan Liman (SAN), however, said there were announcements on radio and television on the resumption of the sitting.

The commission new chairman, Maaji, offered an explanation that an appeal court in Kaduna had prohibited Justice Sirajo from being the chairman of the commission.

Maaji said, “The Court of Appeal granted an order prohibiting the interim chairman (Justice Sirajo) from sitting. Governor Aminu Masari has subsequently appointed me, Barrister Ado Muhammed Maaji, to assume the chairmanship of the commission. That is why you see me here as chairman and not Justice Sirajo.”