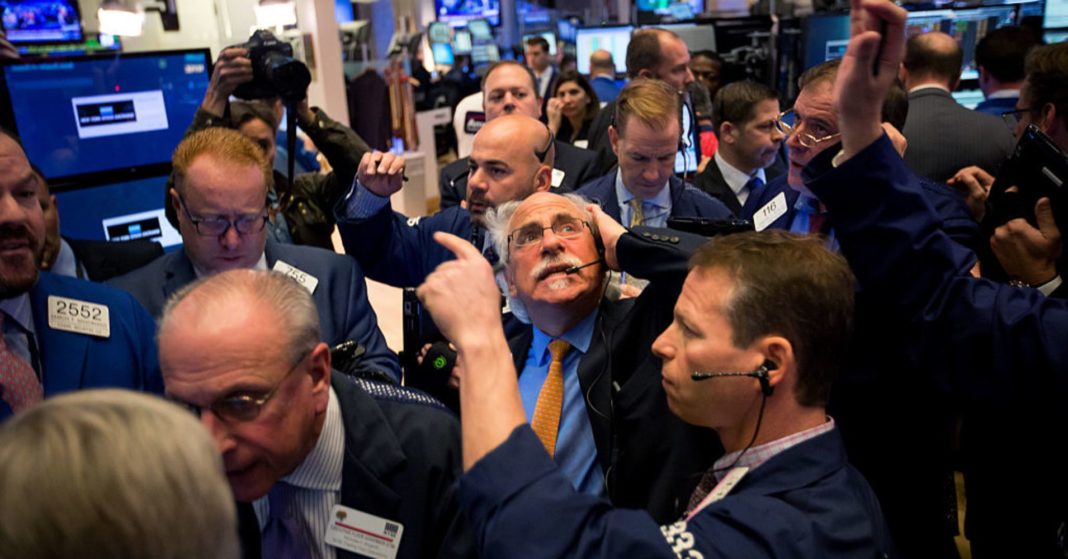 Around 7 a.m. ET, Dow Jones Industrial Average futures climbed 121 points, indicating a gain of 122.27 points at the open. Futures on the S&P 500 and Nasdaq 100 futures also signaled a positive start to the session.

Fed Chair Jerome Powell is expected to speak at the Economic Club of New York. During the event, Powell is slated to talk about the Fed’s framework for monitoring financial stability. Investors are eagerly awaiting the speech as stocks have fallen in part because of fears the central bank may be tightening monetary policy too quickly.

Ahead of the event, Trump told the Washington Post that he wasn’t “even a little bit happy” with his appointment of Powell as the Fed’s Chair, adding that he thought the central bank’s recent actions were “way off-base”.

Futures also rose as beaten-down technology stocks rose in the premarket. Amazon, Apple and Netflix all rose about 1 percent before the bell, while Alphabet gained half a percent.

Wednesday’s moves come after equities closed higher in the previous session, as concerns surrounding trade showed signs of easing. The subject itself has been of key importance this week as an important G-20 summit nears, at which both President Donald Trump and China’s Xi Jinping will be present.

On Monday, President Donald Trump told the Wall Street Journal that it was “highly unlikely” that the States would delay from increasing tariff levels to 25 percent on $200 billion of Chinese goods, which put some markets under pressure. The next day however, White House economic advisor Larry Kudlow appeared to alleviate concerns, stating that the Trump administration had resumed discussions “at all levels” with China’s government. At the summit, the two leaders are expected to have dinner together.

On the data front, the gross domestic product (GDP) figures are due out at 8:30 a.m. ET.

Salesforce shares rose more than 8 percent in the premarket after the company reported better-than-expected earnings.