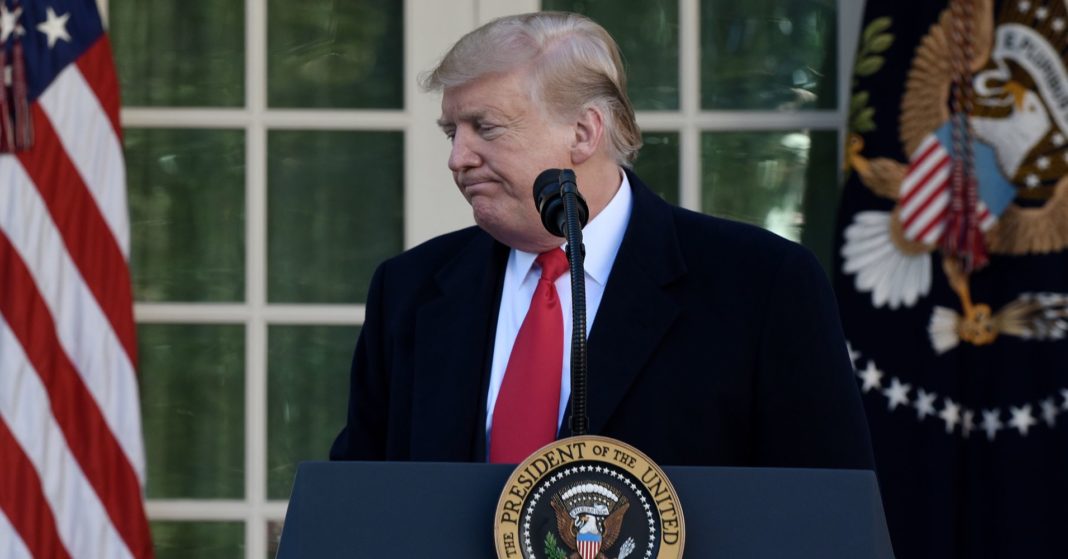 U.S. stock index futures pointed to a lower open on Monday as investors weighed the prospect of another government shutdown. Investors also braced for a busy week as several key earnings and data releases loom ahead.

President Donald Trump told The Wall Street Journal on Sunday that another government shutdown is “certainly an option.” His comments followed a bill on Friday to end the 35-day shutdown — the longest in history. His comments come after agreeing to reopen the government for three weeks with no funding for a border wall.

On the earnings front, Caterpillar is due to report before the bell. Analysts polled by Refinitiv expect the industrial giant to report earnings per share of $2.99. The company’s results will be closely watched as it is seen as a bellwether of global trade.

This week will be one of the busiest of the earnings season. More than 100 S&P 500 companies are scheduled to report, including Apple, Amazon and Facebook. So far, the earnings season is off to a solid start. About 70 percent of the companies that have already reported have beaten analyst expectations, according to data from FactSet.

On the data front, the monthly U.S. jobs report is scheduled for release later this week. Elsewhere, money managers are also waiting for another round of trade talks between China and the U.S., which are set to start later this week.