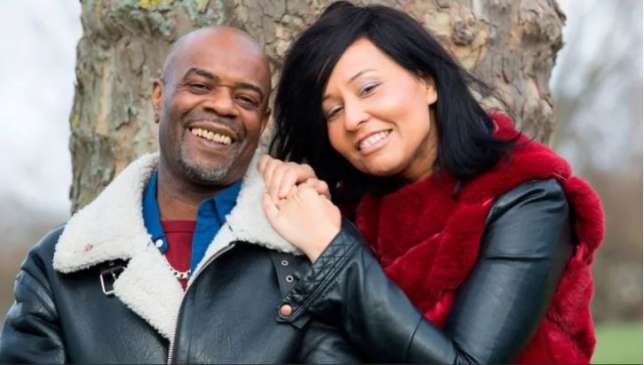 Mary fell sick and was in need of a kidney transplant and seeing that she has a rare blood group and as with most romance stories, Simon donates one of his own.

Simon Loius and Mary Emmanuelle have been best friends for over 20 years but a recently turned down proposal still isn’t enough to break this special relationship.

According to Naij, while they dated, Mary fell sick and was in need of a kidney transplant and seeing that she has a rare blood group, it was difficult to find a donor.

As with most romance stories, Simon donates one of his own.

After giving what may seem like the ultimate sacrifice to many, Simon proposed to Mary after they had recovered from the surgery but she ‘gently let him down’.

What had seemed like the best thing to do after they both survived a major operation, turned out to be a bad idea after Mary turned down his proposal

Alas, Simon says he has no regrets, adding that he never thought about it twice.

The pair has also agreed to remain best friends.

Simon said: “I offered her my heart but I had to settle for giving her my kidney. Whatever happens, I’ll never regret giving her the gift of life.”

He adds, “I didn’t think twice about it. There’s no question about doing something like that for someone you love.”

Mary, 41, claimed: “He is my very best friend and always will be. The love between us is real. He could have died doing what he did for me.”

Speaking on the reasons why she turned down his proposal, Mary said that she “let him down gently.”

“I felt incredibly flattered that he suld want to marry me after seeing me at my absolute worst. But I let him down gently by saying I’d have to think about it. I think I’d worry if we got married it would in some way damage our special friendship and also I don’t want to get wed until I’m fully better health-wise.”

Despite his disappointment, Simon maintains that he has no regrets about donating his kidney to Mary.

How would you react in Simon’s shoes?