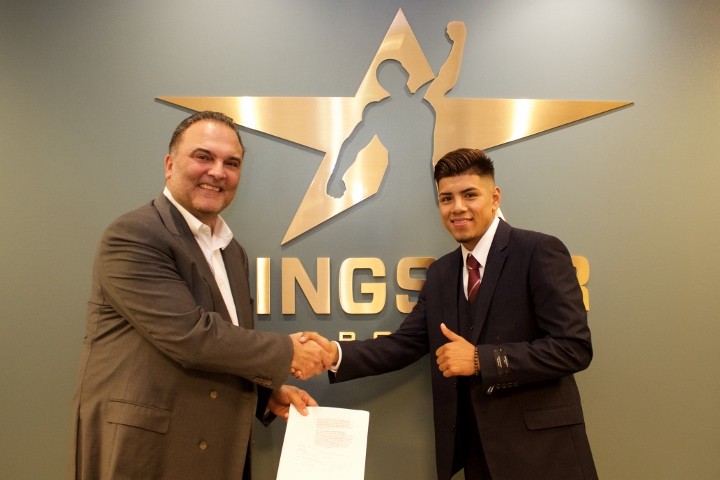 Donaire, the 2012 fighter of the year, has for years been one of boxing’s best smaller-weight fighters. He won world titles in four weight classes — flyweight, bantamweight, junior featherweight and featherweight (and five if you include the interim junior bantamweight title he won) and has faced many top opponents.

Earlier this year, longtime promoter Top Rank amicably released him from his contract with about a month remaining on the deal.

“Exploring what was out there in the new landscape of boxing was unnerving and exciting at the same time,” Donaire said. “I have known Richard for many years and have always respected what he has been able to do for the fighters he promotes. At this point in my career I want the biggest fights possible and Richard’s track record to deliver them speaks for itself.”

Schaefer, the former Golden Boy Promotions CEO now on his own after founding Ringstar Sports, has been looking to sign talent. He said signing Donaire (37-4, 24 KOs) was a no-brainer.

“I think Nonito is one of those can’t-miss fighters who always knows how to entertain the crowd,” Schaefer said. “He’s one of those guys who is never in a bad fight. I am very excited to get involved with him at this point of his career. I think there are some big fights ahead for him.”

The 34-year-old Donaire, who grew up in Northern California and now lives in Las Vegas, has not fought since November, when he lost his junior featherweight world title by controversial decision to Jessie Magdaleno on the Manny Pacquiao-Jessie Vargas undercard in Las Vegas.

Donaire, who was born in the Philippines and is known as the “Filipino Flash,” hoped for a rematch with Magdaleno but could not get one, prompting him to ask for Top Rank to release him from his contract early.

He plans to return to the featherweight division, and Schaefer said his first fight will be a tune-up that likely will take place on Sept. 23, or perhaps in early October, on an undercard of one of the World Boxing Super Series tournament cards Schaefer is promoting.

“Nonito wants to fight at 126 pounds again, and it’s one of the hottest weight classes in the sport,” Schaefer said.

He said he believes he can make a major fight for Donaire with fighters such as titleholders Leo Santa Cruz, Abner Mares and Lee Selby or former titlist Carl Frampton, all of whom are managed or advised by Al Haymon, a close associate of Schaefer’s, which means the fights are politically possible.

Those opponents Schaefer mentioned are exactly the guys Donaire said he hopes to face.

“The thought of the megafights against the likes of Mares, Santa Cruz, Selby or Frampton gets my blood boiling,” Donaire said. “The next chapter of my career is starting now and I am excited to say that it is with Ringstar. I am grateful to my fans and team for their continued support.”