On Eckersley, Price, and Hardness 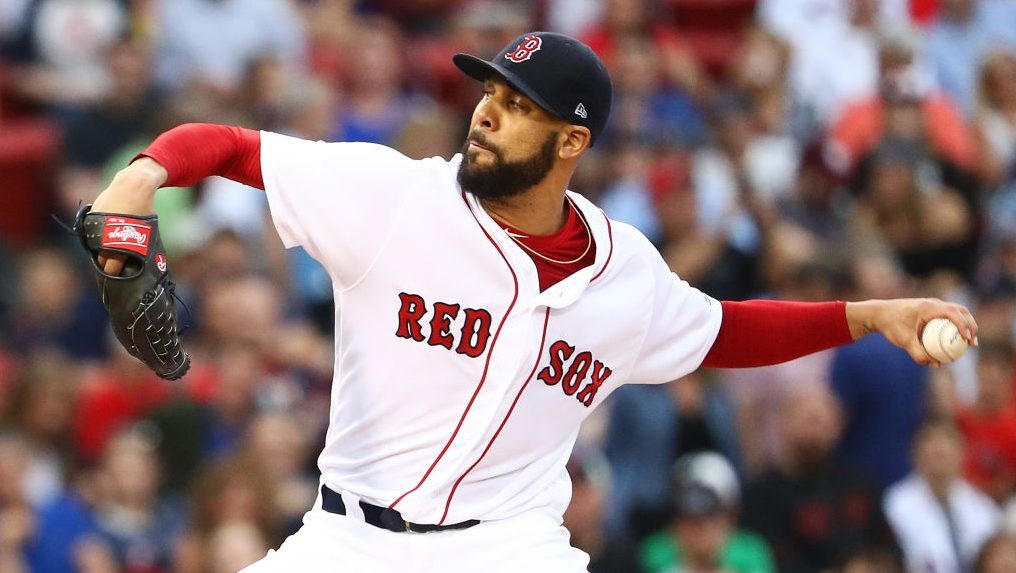 “Some people just don’t understand how hard this game is.”

On June 30th, after a less-than-stellar rehab outing by one Eduardo Rodriguez, some unflattering stats of Rodriguez were inserted into the Boston Red Sox broadcast.

The mostly harmless statement was apparently the latest of many mostly harmless statements from Eckersley, whose job is to provide context and commentary to a broadcast and not spout empty niceties about the team he works for, and it was enough to entirely set off Red Sox’ ace David Price before the team’s charter flight the next day. His expletive-laden rant was met with (some) applause from his teammates, and a shocked silence from Eckersley. The entire confrontation was detailed by Dan Shaughnessy of the Boston Globe. As far as anyone can tell, neither side has apologized for the incident, and neither side plans on apologizing. But really, there is only one party in the wrong, here.

(It’s David Price) (and his manager) (and probably several teammates)

Dennis Eckersley’s Hall of Fame career is most entirely irrelevant to the issue at hand. However, for posterity, Eckersley was the first pitcher, and only one of two ever, to procure twenty wins in a season and fifty saves in another season. In terms of stats that actually matter, over twenty-four seasons Eckersley struck out nearly 2500 batters and had a 3.40 FIP. During his nine year tenure in Oakland, wherein he converted from a starter to a reliever, he was lights out, striking out 658 hitters in 637 innings while simultaneously creating the position and title of closer (to the future detriment of bullpens everywhere, decades later). He was a staple in the ninth inning for A’s games, and thrived during an era where players couldn’t swing a cat (bat) without knocking over a case of needles filled with precious home run elixir.

Of course, Eckersley also understands just how hard this game of baseball can be, when he gave up amongst the most unlikely, gut-wrenching, infamous home runs of all time to a leg-less Kirk Gibson in the 1988 World Series between the A’s and Dodgers in a Game 1 walk off loss (or most unlikely, pandemonium inducing, greatest home run of all time, depending on one’s perspective and fandom). Eckersley had to work incredibly hard to become the pitcher he became, and he wasn’t afraid to make significant changes or take on any role in order to aid whatever team he played for. Eckersley has experienced some of the highest of highs and lowest of lows, and would know better than anybody the emotions and fallout those moments can cause.

Which makes Price’s outburst all the more frustrating to learn about.

Now, I’d rather be caught dead than find out that I’m agreeing with Curt Schilling on juuuust about anything, but in this case, using his words, “A broken watch is right twice a day.” The retired pitcher has gone on record, on Twitter, saying that the Red Sox lack a strong clubhouse presence to reign in players who could be cracking slightly under the harsh criticisms, both warranted and not, from Boston media or fans, and he hints at deeper issues within Boston’s clubhouse. John Farrell appears uninterested in addressing the issue, as well.

This isn’t even the first time David Price has gone out and bullied non-player-or-management associates of the Red Sox. Earlier in June, Price had lurked outside of John Farrell’s postgame press conference and told beat writer Evan Drellich that he wanted to have a private meeting. Whatever his intention for that meeting was, Price wound up getting in an exchange so heated that the shouting could be heard during the press conference, and when a couple other writers later asked Price about what had happened, he cursed them out, too. Then, too, did Farrell defend his player, saying he would rather Price treat everyone with respect, but sometimes emotions get the best of him. He also added that Price was a “hell of a teammate and a strong competitor.” No punishment was dealt out then, and it is unlikely that there will be any repercussions for this moment either.

Notably, as well, this isn’t even the first time Dennis Eckersley has been besmirched by the team he covers. Also noted in the Boston Globe expose was a separate incident between Eckersley and Jackie Bradley, Jr, wherein the outfielder fronted by saying he wanted to take a picture with the baseball legend, and instead wound up lambasting the Eck on Twitter in a post with the photograph. This also went unaddressed in the Red Sox clubhouse.

Not that the A’s are strangers themselves to clubhouse controversy, as the team is less than a year removed from one-hitter-quitter Billy Butler “loud-talking” Danny Valencia all the way to the disabled list. And like that hullabaloo, the entire incident could have been avoided if people just minded their own business and let other people’s actions and work do the talking for them (the same could be said for practically all of the world’s problems). But following the Butler KO the fallout from the incident was palpable. Butler, the instigator of the incident and who had a reputation for being a clubhouse annoyance, was released (an outcome to his A’s tenure that was likely, but rapidly accelerated following the fight) and Valencia was traded in the offseason. It was an ugly, embarrassing moment, and the team aimed to take actions to ensure such a moment wouldn’t happen again.

Red Sox brass has stated that the issue was handled internally and the team was just focused on winning baseball games.

Price justified his outburst by saying that “some people just don’t understand how hard this game is,” and that he was defending his fellow teammates, but both statements are patently false. Eckersley knows more than just about anyone both how seemingly unfair and difficult the game of baseball can be, and he also knows how hard he had to work and what adjustments he had to make to succeed and become the legend he became. And while Price probably believes that he was doing his teammates right by defending one of them in the way that he did, the last thing a team with playoff aspirations needs is yet another off-the-field controversy that has the potential to linger onto on the field of play or turn fans against a former fan favorite. Then again, it wouldn’t be Boston Red Sox baseball without a comedy of stupid controversies that do little more than make the entire sport of baseball look like it’s played by a bunch of self-righteous, chest pumping meatheads who have long forgotten how to act like human people.

And now, most assuredly, whenever I see Price’s name in the headlines, the first thought to jump into my head will be “Yuck.”