Josias Furstenberg launched a YouTube channel earlier this year where he calls himself ‘Doctor Jof’ and dispenses health-related advice. (YouTube.com)

Saskatchewan’s College of Physicians and Surgeons has launched a new investigation into a physician who was stripped of his licence last year after he admitted he had sex with patients, after learning he is still calling himself a doctor and looking for new clients.

And on his Facebook page, he’s actively looking for clients for his new “health coach” business.

Furstenberg came to the college’s attention in early 2017 after it received a complaint from a mother who alleged Furstenberg, who was practising in Prince Albert, was having sex with her adult daughter while also prescribing her large quantities of opioids.

After an investigation, Saskatchewan’s College of Physicians and Surgeons charged him with 10 counts of unprofessional conduct. It said he had sex with two of his patients and a “romantic relationship” with three others. It also alleged he inappropriately accessed the medical file of a patient, shared confidential information about one patient with another and overprescribed opioids to a patient.

Furstenberg pleaded guilty to all charges. 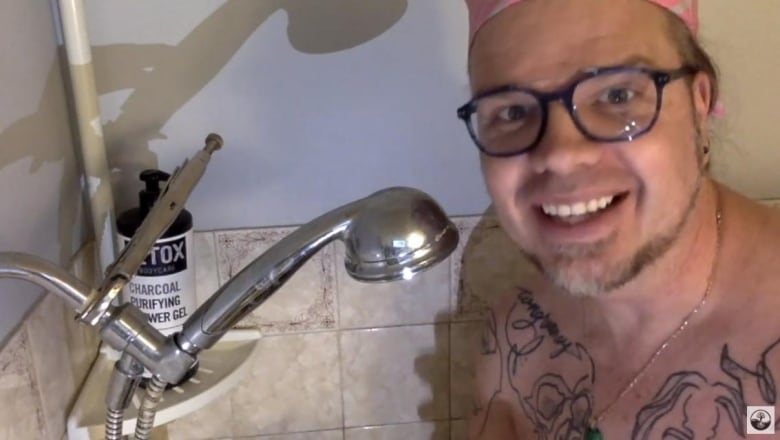 In more than 40 videos, Doctor Jof offers advice on a wide range of health-care topics, including this video entitled Come Shower with Me, about how showering can make you healthier. (YouTube)

In its written decision, the college said, “having a sexual relationship with a patient is likely the most egregious behaviour by a physician.… The council clearly considers this sexual abuse by a physician.”

Furstenberg’s YouTube page “Pinky and the Doc: Couch talk with Doctor Jof” features more than 40 video segments with names like “Come Shower with me,” in which Furstenberg appears shirtless in the shower, “Live Longer than Wolverine,” “Victimize Me Please!” and “The Emotion of Constipation.” 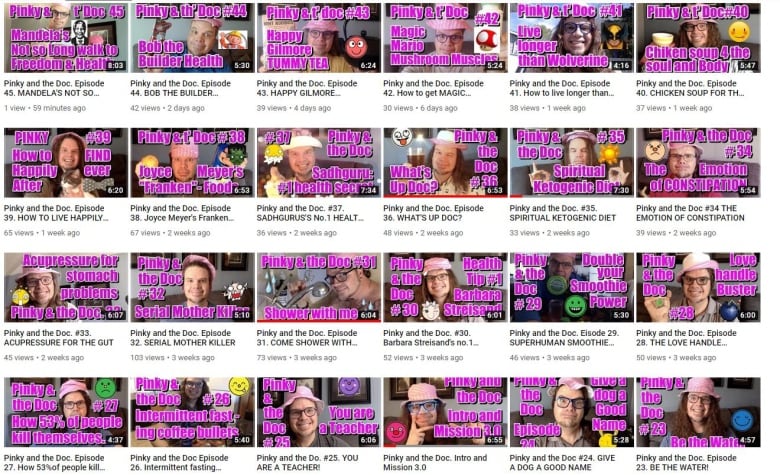 For the past few weeks, Fursteberg has been posting health advice videos on his YouTube channel called Pinky and the Doc – Couch talk with Dr. Jof. (YouTube/Pinky and the Doc)

He’s not just dispensing advice to the masses. He’s also looking for clients.

What you’ve raised is of enough concern and has enough specificity to it that we will have to look at it and make a specific decision about what exactly we’re going to do.– Bryan Salte

Bryan Salte, the college’s associate registrar and legal counsel, said it’s a violation of the Medical Profession Act for someone who’s unlicensed to pose as a doctor and dispense medical advice.

Salte said based on information CBC brought to his attention, the college has launched an investigation into Furstenberg.

“What you’ve raised is of enough concern and has enough specificity to it that we will have to look at it and make a specific decision about what exactly we’re going to do,” he said.

A doctor looking for clients

In a Facebook ad posted May 30, Furstenberg offered one month of life coaching and said, “mother healed of 40,000 extra heartbeats a day and her daughter of psoriasis, without prescription meds. Daily email tips and weekly skype calls.” 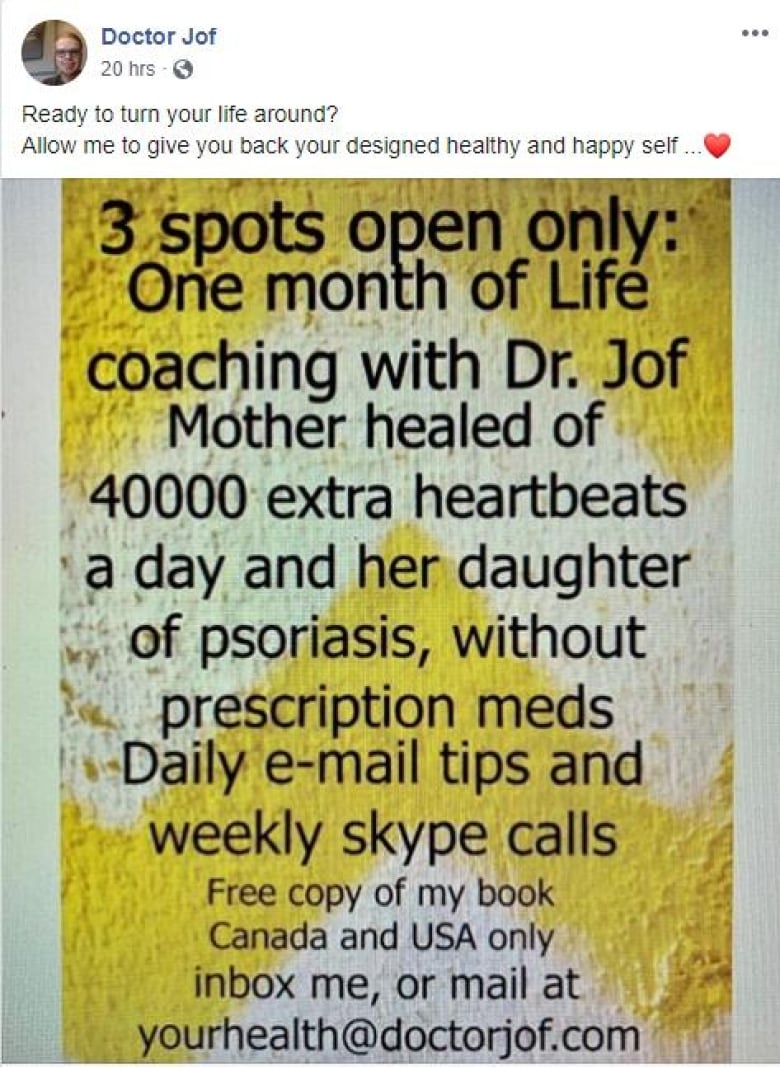 A CBC journalist reached out to Furstenberg by email under an assumed identity, complaining of protracted stomach problems and asking for his help.

He offered to “highly and specifically individualize the program to address your most urgent issue, which is currently the stomach trouble” at a cost of $500.

When reached by phone, Furstenberg acknowledged he is looking for clients, but said he does not do in-person meetings.

“I do not plan on seeing people on a one-on-one basis in a physical setting. That will not happen. Physical one-on-one consultation is not being practised or coached,” he said.

However, his exchange with the undercover reporter raises doubts about that.

The journalist asked “do you do face-to-face meetings or what’s the best way to communicate?”

Furstenberg replied “Skype/Zoom communication works great. Saskatoon is not too far away and meeting in a public but private enough location may be an option.”

In an email exchange with an undercover reporter, Furstenberg indicated he was open to a face-to-face meeting. (CBC)

When CBC brought this email exchange to Furstenberg’s attention, he acknowledged he does meet with clients face-to-face, but he said only under strict conditions.

He said before he would meet someone in person, he would ask them to sign a waiver acknowledging he’s not a registered doctor and agreeing that a chaperone must be present at all meetings.

“And I will enforce it. I’m unwilling to put myself in a position where I’m alone with any client, male or female. So a chaperone of choice will need to be present definitely,” he said.

CBC asked Furstenberg why he initially said he would never meet with a client face-to-face. He said it’s rare and only if required.

Salte said while lots of people offer general advice, someone calling themself a doctor and offering specific advice is a significant concern.

He said it’s even worse if there is a charge for the service.

Salte said that given Furstenberg’s history of inappropriate behaviour it would be of concern if he was seeking patients “because that would be something that may potentially increase the risk associated with the continued activity.”

In the college’s 2018 ruling against Furstenberg, one of the reasons it offered for revoking his licence was protection of the public.

“The Ontario Task Force of 1991 points out that there is considerable risk that physicians ‘who abuse one person will abuse others,’ ” the college said.

Furstenberg calls himself a doctor

Though his licence has been revoked, Furstenberg doesn’t shy away from calling himself a doctor.

His website, doctorjof.com, says, “during his time in Canada he has requalified as an MD [and] is registered with the College of Physicians and Surgeons.” 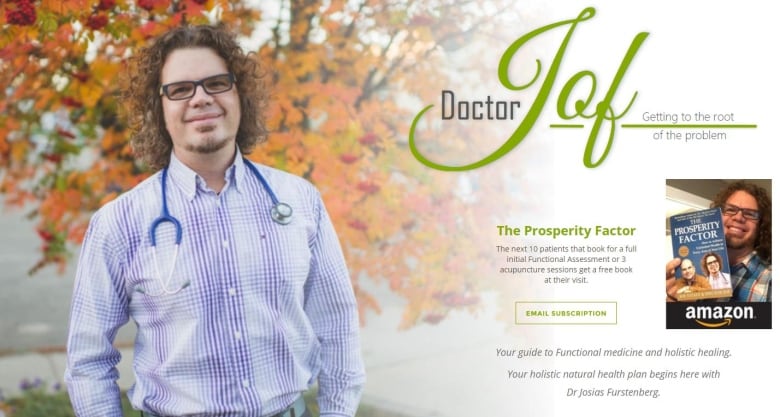 On Furstenberg’s website, he presented himself as a doctor looking for patients. Since CBC reached out to him, he has deleted the site. (www.doctorjof.com)

In his introductory video on YouTube, he said: “I’m an MD qualified South Africa and here in Canada. I am a qualified acupuncturist and I have a fellowship in anti-aging and regenerative integrative functional medicine.”

He doesn’t mention in that video that his medical licence was revoked, but he does offer an explanation for moving away from “conventional medicine.”

“After about 10 years in conventional medicine as a family doc, I realized I was just treating symptoms — masking symptoms with prescription drugs and medication and I wasn’t really helping people get better.”

He said that is what led him to move in a more “holistic” direction.

In his interview with CBC, Furstenberg said he has consistently made it perfectly clear that he is no longer a licensed doctor.

“Always and everywhere it will state that you should verify that [advice] with a qualified health-care practitioner,” Furstenberg said.

Doctor Jof, Pinky and the Doc or Dr. JJ Furstenberg are not liable or responsible for any advice, course of treatment, diagnosis or any other information, services or product you obtain through this video, site or blog.– Doctor Jof’s Facebook page

In scanning his online presence through social media and his website, CBC found only one instance where Furstenberg offered a written disclaimer.

In the “About” section of his YouTube channel, he wrote, “Dr. Jof does not diagnose, treat or prevent medical conditions; he helps people own and create their health in order to avoid health problems or disease from developing. He also works with their physicians, who then monitor their medications. Dr. Jof does not advise the alteration of medications, without consulting a qualified, registered health practitioner.”

In his emails to CBC’s undercover reporter, Furstenberg did make clear that “I am not currently registered either as an acupuncturist or medical doctor in Saskatchewan.”

CBC pointed out to Furstenberg that in many cases, he failed to publicly disclose that he is not a registered physician.

He said ultimately it’s the responsibility of others to do their own due diligence.

“The statement is available. I mean if you can’t find it, then I mean that’s up to everybody themselves. I’m not really prepared to say anything else but I’m not hiding the fact that I’m not registered,” he said.

Since that interview, Furstenberg has taken down his website and added a disclaimer to his Facebook page.

“Doctor Jof, Pinky and the Doc or Dr. JJ Furstenberg are not liable or responsible for any advice, course of treatment, diagnosis or any other information, services or product you obtain through this video, site or blog,” the newly posted disclaimer says. 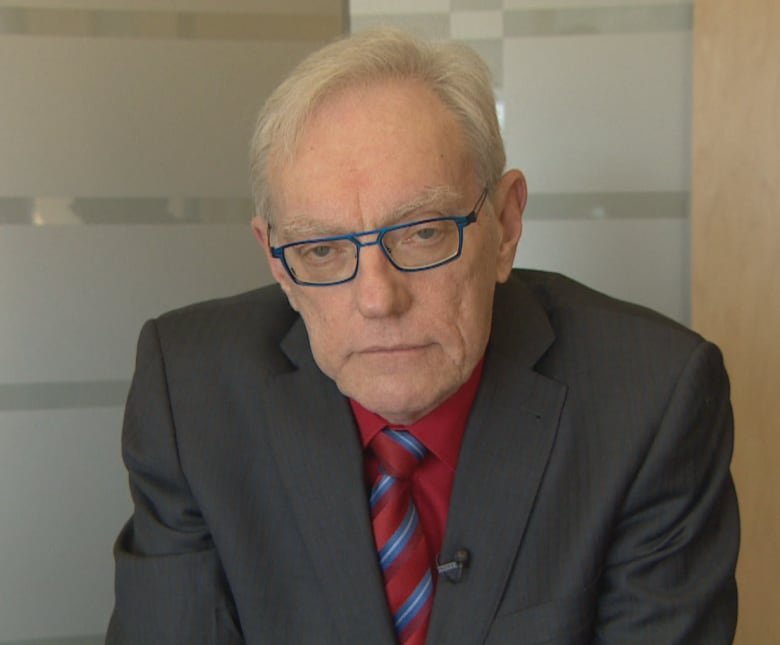 Bryan Salte, the registrar with the College of Physicians and Surgeons of Saskatchewan, says his organization has launched an investigation into Furstenberg. (CBC)

Salte said a previous court decision in a similar case asked, “what is the impression that is left by the individual who may be interacting with someone who may be engaged in an illegal practice of medicine?”

In other words, what would an average, unsophisticated patient think after looking at his online presentation?

“The fact that perhaps by very careful scrutiny and looking through a whole lot of documents you can identify that an individual is actually not licensed doesn’t necessarily mean that they are not committing an offence,” said Salte.

Salte said if someone is found to have been practising medicine without a licence, he would face a maximum penalty of $5,000.