Quebec sporting groups must have plans to tackle bullying, racism by 2020: minister 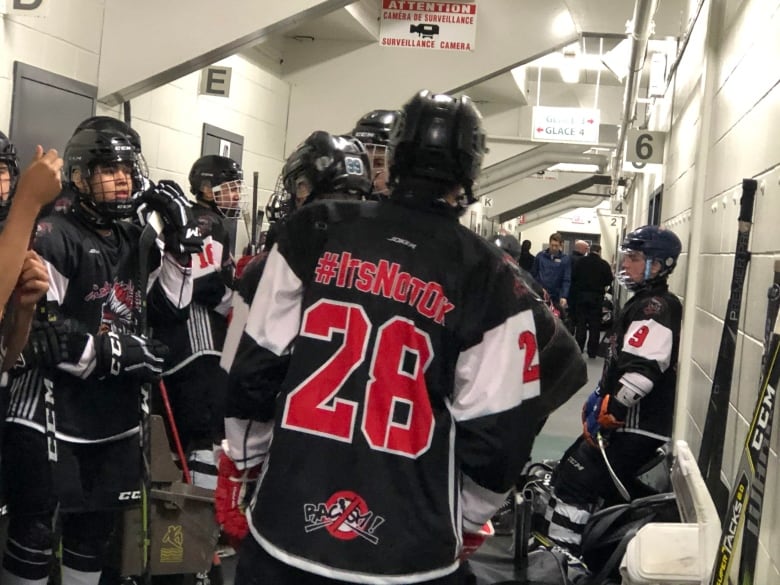 Tommy H. J. Neeposh is the founder and manager of the First Nation Elites hockey club. He says arena managers need to step up and make it clear there is ‘zero-tolerance’ for racism in the building. (Susan Bell/CBC)

This article is the third story in a four-part series called Racism in Hockey, which is looking at allegations of discrimination in the sport. It follows CBC’s coverage last year of the First Nation Elites, an Indigenous hockey team that faced racism at a tournament in Quebec.

Tommy H. J. Neeposh says arena owners can and should be doing more to help Indigenous and other visible minority hockey players skate in peace.

Neeposh is the founder and manager of the First Nation Elites hockey club and has spent the past year in the spotlight, after the story of the racism his team faced at a tournament near Quebec City went viral. Many parents and players have also spoken out in the last few months about hearing racist slurs and facing discrimination from players on the opposing team, as well as from parents and referees.

Neeposh says he’s on a mission to get rid of racism in the sport.

Standing outside an arena on Montreal’s West Island earlier this spring, Neeposh points to a sign that lists the rules inside — no alcohol, no food and drink, no animals or loitering — and asks why it can’t say more.

‘Zero-tolerance racism’ — it should be the number one rule.– Tommy H. J. Neeposh, First Nation Elites

“‘Zero-tolerance racism’ — it should be the number one rule,” said Neeposh, who’s from the Cree community of Nemaska.

“It’s not there, that’s what I’m trying to make a movement.” 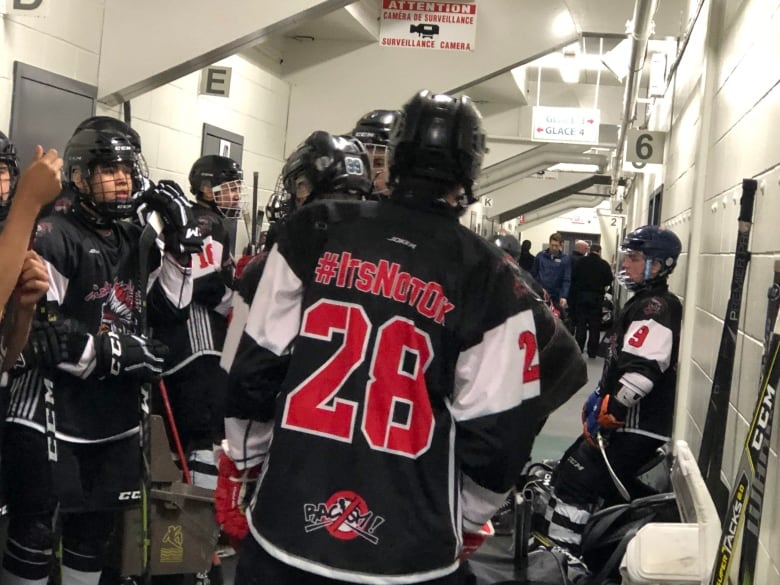 In the year since his team’s bad experience, Neeposh has been lobbying for change. This year he has eight teams competing in spring and summer tournaments, including a First Nation Elites “Fight Racism” team, which is half Indigenous players and half non-Indigenous.

“It’s a good model for our program, because we are trying to fight this in a positive way,” said Neeposh, adding francophones from the Abitibi region jumped on board with the idea right away.

“This game belongs to all Canadians. The whole point is to get these boys together, because they will play each other if they plan to chase their dreams.”

The Quebec Association of Arenas, Recreational and Sports Facilities (AQAIRS) is a non-profit organization that represents about 90 per cent of the arenas in Quebec, according to its director Luc Toupin.

“We have to work in collaboration with the local hockey associations because they are the operators of the hockey game,” said Toupin. “That’s why it’s a bit difficult to pin down.”

During its meeting, AQAIRS held a workshop to help arena managers better manage unacceptable behaviour in the stands. It was based on the guide released earlier this year by Hockey Québec and Equijustice, a citizen mediation network.

The two have also produced posters that will be sent to minor hockey associations across the province in time for next season, as well as an audio message reminding spectators that they are watching a sporting event involving minors. Hockey Québec is encouraging minor associations and arenas to play the message before and during games. 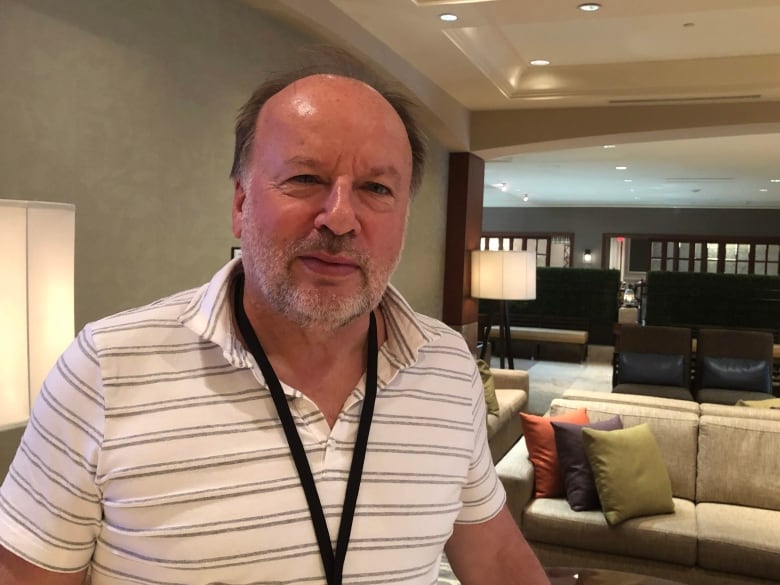 Luc Toupin is the director of the Quebec Association of Arenas, Recreational and Sports Facilities (AQAIRS), a non-profit organization that represents about 90% of the arenas in Quebec.  (Susan Bell/ CBC)

Toupin sees all of that as a good first step to creating a safe place to skate for everyone.

“We are starting — putting up posters, the guide, the messages. There are a few initiatives underway,” said Toupin.

He thinks the efforts will eventually lead to updating the rules posted at arenas across Quebec.

Quebec’s Junior Education Minister Isabelle Charest is unequivocal when she says addressing this issue is a priority for her.

“All forms of violence, bullying or harassment are for me, very worrisome. My objective is for [everyone] who is involved in sports to do it in a safe and secure way,” said Charest, who is a former high-level speedskater who competed in the 1994, 1998 and 2002 Winter Olympics. 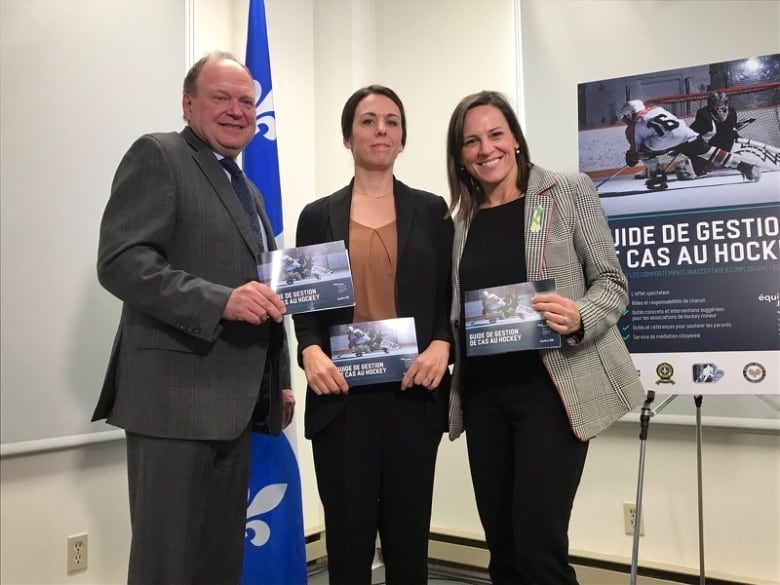 From left, Paul Ménard, executive director of Hockey Québec, along with Mélanie Bourque, Equijustice, and Quebec Education Minister Isabelle Charest. They released a guide to help hockey associations deal with bad behaviour by parents in arenas this past February. (Hockey Québec)

She said sporting federations across the province have been mandated to come up with “policies and protocols to confront violence, harassment and bullying.”

“Each sport federation must have these protocols in place by 2020 and must have an action plan in place to eradicate these behaviours,” said Charest.

“Their financing is contingent on it.”

Charest said updating signs outside of arenas is a good idea, as would playing messages to spectators about respectful behaviour.

She says working groups have already been set up and she is confident that the culture will shift.

Moving in the right direction: Neeposh

Tommy H. J. Neeposh says that is something he is already seeing.

In the year since the incident in Quebec City, he says he has seen some improvements and better communication from coaches and referees.

“I’ve seen a lot of progress through communication with the refs,” said Neeposh. “I’m thankful it’s progressing in the positive way.”

The next story will look at how Indigenous communities and teams are moving forward.