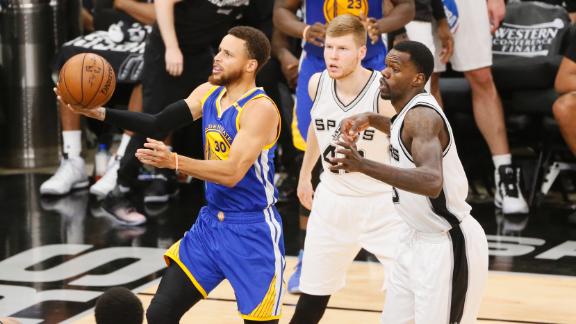 Check out my rankings within each division by clicking on the links below. If there is a lineal champion in the weight class he is ranked No. 1.

Note: Results through May 22. In an effort to provide the most up-to-date rankings, ESPN.com’s division-by-division boxing rankings will be updated every Tuesday.

SUPER MIDDLEWEIGHT DIVISION (UP TO 168 POUNDS)

In his third title defense, England’s DeGale and fellow world titleholder Badou Jack finally met in their much-anticipated unification fight on Jan. 14 in Brooklyn, New York. They put on a tremendous battle in which both men got knocked down — Jack in the first round and DeGale in the 12th — but it a was razor close fight all the way, and the judges’ declared it a majority draw, allowing both to retain their titles. As appealing as a rematch would be it is unlikely because Jack is moving up in weight, leaving DeGale, who has had each of his title fights in North America, looking forward to finally returning home to make a defense but out until the summer because of injuries.
Next: TBA

2. Badou Jack (20-1-3)
Jack has come a long way since a shocking first-round knockout loss in a huge upset against Derek Edwards in 2014, winning his next four bouts in a row, including a decision against Anthony Dirrell to win a world title in April 2015 followed by a strong effort in a well-deserved split decision victory in his first defense against George Groves in September. In his second defense on April 30, Jack was given a draw in a hard-fought fight with former titlist Lucian Bute that Jack deserved to win. Despite the draw, Jack will move on to an excellent matchup — a unification fight with James DeGale in the final of a four-man Showtime tournament. They met Jan. 14 and in a terrific potential fight of the year, they fought to a draw. Days later, Jack, as planned even before the bout, vacated his title and will move up to light heavyweight.
Next: TBA

3. Gilberto Ramirez (35-0)
Ramirez got his mandatory world title shot against Arthur Abraham in April 2016 on the Manny Pacquiao-Timothy Bradley Jr. III undercard. Ramirez dominated Abraham, winning 120-108 on all three scorecards to become the first Mexican fighter to win a super middleweight world title and only the second to win a world title above middleweight. A torn tendon in the middle finger of his right hand kept him out for the rest of 2016, but he returned April 22 and shut out Ukraine’s Max Bursak in his first defense, a snoozer he won 120-106 on all three scorecards. Promoter Bob Arum of Top Rank intends to next match him with Jesse Hart (22-0).
Next: TBA

4. Anthony Dirrell (30-1-1)
Since losing his world title to Badou Jack in his first defense in April 2015, Dirrell has fought only three times. He outpointed Marco Antonio Rubio and stopped Caleb Truax in the first round and then, after a nine-month layoff, returned Jan. 13 and destroyed Norbert Nemesapati in a one-sided fourth-round knockout win. Next up Dirrell will face England’s Callum Smith (22-0) for the world title vacated by Jack in January.
Next: TBA vs. Smith

5. Andre Dirrell (26-2)
The 2004 U.S. Olympic bronze medalist, who was 0-2 in world title bouts, claimed a vacant interim belt in dubious fashion on May 20 against Jose Uzcategui. It had been a tough and competitive fight but Dirrell was behind on two scorecards and even on the third when he got knocked out at the end of the eighth round with a three-punch combination. However, referee Bill Clancy ruled the final shot came after the bell and disqualified Uzcategui, giving Dirrell the win and putting him in position to face full titleholder James DeGale when he returns from injury. In 2015, DeGale dropped Dirrell twice and won a vacant world title.
Next: TBA

6. Jose Uzcategui (26-2)
Uzcategui, of Venezuela, was riding a four-fight winning streak when he met Andre Dirrell for a vacant interim belt on May 20 and suffered a controversial loss. Uzcategui was ahead on two of three scorecards and even on the third when he knocked Dirrell out at the bell ending the eighth round. However, referee Bill Clancy ruled the last shot came after the bell and disqualified Uzcategui. At worst the call should have been an accidental foul and the fight should have gone to the scorecards for a technical decision. Uzcategui fought a terrific fight and did not fire the final punch on purpose. He was in mid-combination at the bell.
Next: TBA

7. George Groves (25-3)
Groves is 0-3 in world title fights with two knockout losses to British rival Carl Froch and a split decision to Badou Jack. But Groves has won four fights in a row since the loss to Jack, including a one-sided decision win — 119-110, 119-109 and 119-109 — against Germany’s Eduard Gutknecht, a two-time world title challenger, on Nov. 18. The fight came with a cost: Gutknecht collapsed in his dressing room, had to undergo brain surgery for the life-altering injury. Groves will get a chance to fight for a vacant belt against Russia’s Fedor Chudinov (14-1) on the Kell Brook-Errol Spence Jr. undercard.
Next: May 27 vs. Chudinov

8. Arthur Abraham (46-5)
Germany’s Abraham, a former middleweight and two-time super middleweight titleholder, lost his 168-pound belt by shutout decision to mandatory challenger Gilberto “Zurdo” Ramirez in April 2016 in a woeful performance. Abraham looked like he was finished, but he rebounded to win his next two fights in somewhat dominant fashion, including on April 22 when he outpointed Germany’s Robin Krasniqi in an eliminator to become Ramirez’s mandatory challenger.
Next: TBA

9. Callum Smith (22-0)
Despite earning a mandatory world title shot in early 2016, England’s Smith has won three fights in a row by knockout while staying busy awaiting the opportunity. Smith’s world title shot was supposed to be next against the winner of the Jan. 14 world title unification bout between Badou Jack and James DeGale, but the fight was ruled a draw and Jack vacated the belt Smith was mandatory for. So Smith will instead face former titlist Anthony Dirrell (30-1-1) for the vacant title this fall.
Next: TBA vs. Dirrell

10. Tyron Zeuge (20-0-1)
Germany’s Zeuge fought to a majority draw with titleholder Giovanni De Carolis in July 2016 but in the rematch in November, Zeuge scored a 12th-round knockout in an action-packed fight to win the belt. In his first defense, on March 25, Zeuge retained the title against Nigeria’s Isaac Ekpo, the mandatory challenger, by fifth-round technical decision after suffering a bad cut on an accidental head butt. A rematch was ordered but Zeuge got an exception to face wildly undeserving Paul Smith (38-6).
Next: June 17 vs. Smith