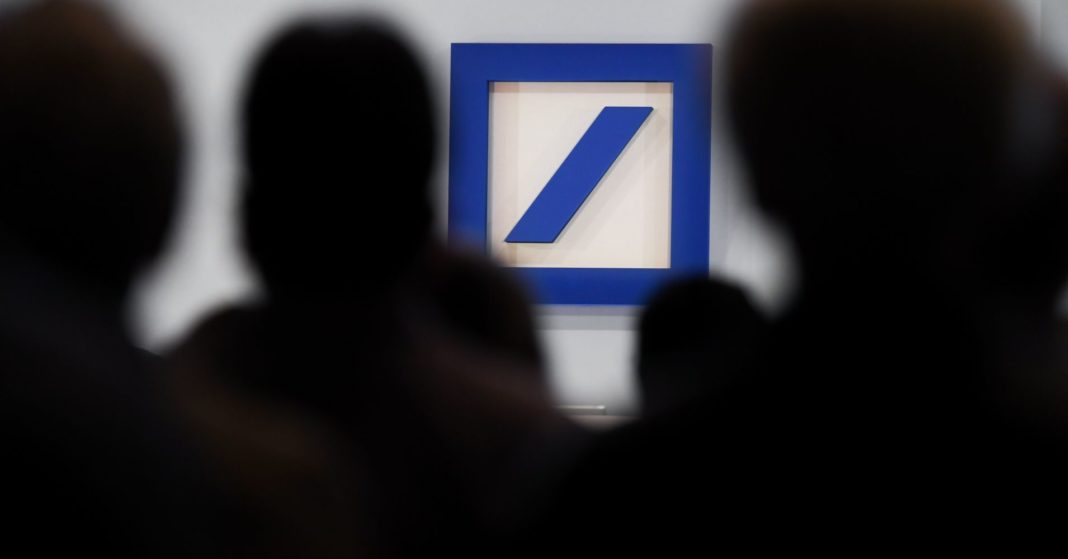 Shares of Deutsche Bank hit fresh record lows Tuesday after the bank confirmed to Reuters it was involved in processing payments worth $150 billion for scandal-ridden Danske Bank.

A Deutsche Bank spokesperson confirmed in a statement to Reuters Monday that the lender acted as a correspondent bank for Danske in Estonia. “Our role was to process payments for Danske Bank. We terminated the relationship in 2015 after identifying suspicious activity,” the spokesperson said.

On Monday, the whistleblower who revealed the alleged money laundering involving Danske Bank said that a major European bank was involved in helping process up to $150 billion in suspicious payments, Reuters reported. Howard Wilkinson, the head of Danske Bank’s trading unit in the Baltics from 2007 to 2014, did not name any bank but a spokesperson for Deutsche Bank later confirmed its role in the statement to the news agency.

Wilkinson said two American banks were also involved in handling U.S. dollar payments for Danske Bank in Estonia. Alongside Deutsche, J.P. Morgan and Bank of America cleared dollar transactions for Danske’s Estonian branch, sources told Reuters. J.P. Morgan ended the correspondent banking relationship with Danske in 2013 on grounds that transactions did not comply with anti-money laundering rules, a person familiar with the matter told Reuters. Spokespersons for Deutsche Bank, J.P. Morgan and Bank of America were not immediately available for comment when contacted by CNBC.

The Danske Bank scandal refers to 200 billion euros ($230 billion) in transactions processed by the lender’s Estonian branch between 2007 and 2015. Many of those transactions are thought to have been suspicious, the bank has said.

In September, Danske Bank said the first whistleblower report had been sent to its executive board, its group compliance unit and its internal auditor at the end of December 2013. However, the bank’s report concluded that no “red flags” were shared with ex-CEO Thomas Borgen when he held ultimate executive responsibility for the Estonia unit from 2009 to 2012. Borgen stepped down as CEO following the September report, saying that although he was “cleared from a legal point of view” he held “the ultimate responsibility.”