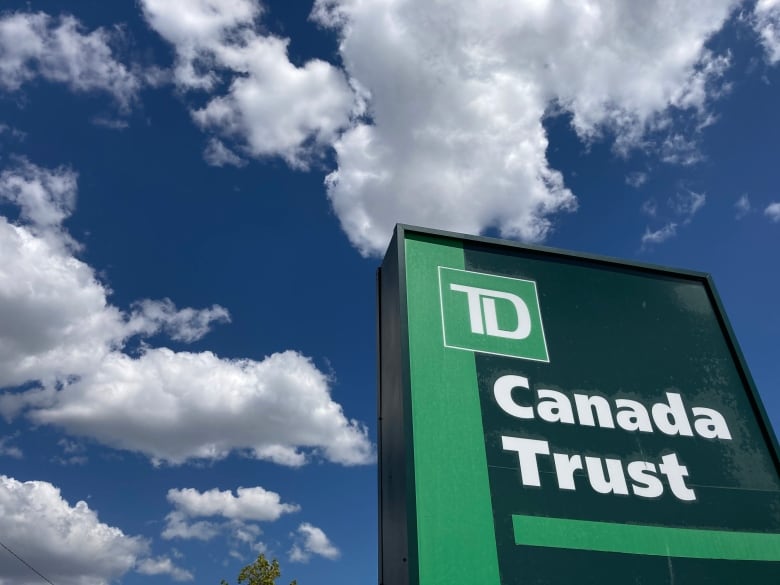 Audrey Williams was more than a little miffed to learn that fees at TD Bank are going up on June 1.

“I looked at [the letter] and thought, ‘This is ridiculous,'” Williams told Go Public, standing outside her TD branch in Scarborough, Ont. “And then a couple of days later, I looked at it and got angry all over again.”

What really ticked her off was when she learned her longtime financial institution has continued to rake in billions in profit during the pandemic.

“So what is this about?” she asked. “This is just about trying to get people when they’re already down. Kicking them one more time, harder.”

Williams and other customers with TD, CIBC, Bank of Montreal and Scotiabank have recently contacted Go Public about fees that increased, or are about to, for a range of accounts, products and services. They all question the timing.

The banks tell Go Public that the increases were made after careful consideration and that other options are available to customers.

But a banking critic says the banks are jacking up fees because no one is stopping them.

“Prime Minister Trudeau said a year ago that the banks should be doing more to help Canadians — and gouging them is not helping them,” said Duff Conacher, co-founder of Democracy Watch, a citizen group calling for government accountability and corporate responsibility. “It’s about time he and the finance minister stepped in.”

Williams says TD’s changes to its “preferred chequing” accounts — the type she’s held for more than 25 years —  are “exorbitant and totally unfair.” The bank is raising the minimum balance required for avoiding fees from $2,000 to $5,000.

“In an environment where people have lost their jobs, they’re on furlough, they’re trying to get CERB payments, who’s going to be able to keep $5,000 in their bank account to not get service fees?” she asked.

On top of that, for customers who don’t maintain the new, higher balance, TD is raising transaction fees on those accounts — from $1.25 to $1.95.

That higher fee will kick in for every transaction, including when customers use their debit card; this after, Williams points out, Canadians were urged to avoid cash transactions in a bid to curb the coronavirus.

TD is also increasing fees for things like overdraft protection on some chequing accounts and wire payments.

Other frustrated TD customers reached out to Go Public, too.

“It seems corporately immoral … given the economic ramifications of the pandemic,” wrote one customer who said he is on fixed income disability benefit.

In a statement to Go Public, spokesperson Fiona Hirst said TD understands that fee changes can be a “delicate issue.”

“We encourage customers with concerns or questions to talk to us about … the options we have available,” Hirst said

Statistics Canada revealed last week that the country’s year-over-year inflation rose at the fastest rate since 2011, up 3.4 per cent.

Hikes in bank fees don’t happen every year and when they do, they’re never popular. Add in a pandemic and that discontent seems to grow.

Various increases have also recently kicked in at BMO and Scotiabank, and are coming for some CIBC customers July 1.

Robert Gerl, a firefighter from Oakville, Ont., complained to CIBC.

“I just thought, especially now, the gall of it,” he said. “It’s beyond comprehension.”

A spokesperson for CIBC said in a statement that the bank’s fees “are among the lowest of the major Canadian banks” and that someone from CIBC has contacted Gerl to discuss ways to help him avoid fees.

Raising fees during a pandemic prompted economist and longtime BMO customer Kisan Gunjal to fire off a letter to the bank’s ombudsman.

“This is really not the right time for the banks to raise any kind of fees,” said Gunjal, from his home in Milton, Ont. “We have to insert the ethics part.”

In a statement to Go Public a BMO spokesperson said the bank periodically reviews its plans “and any changes are made after careful consideration.”

The fee increases come after each of the big five banks reported billions in profit for this year’s first quarter, profits that were higher than the same period last year for all five and which exceeded analysts’ expectations. All of the big five continued to make billions in profits in 2020, but their reported net incomes were down from 2019, before the pandemic, for all but TD.

It all fuels the need for more oversight, according to Conacher, the banking critic. His organization has collected almost 80,000 signatures on a petition urging Ottawa to make the banks do more to help Canadians during the pandemic.

“Banking is … as essential as heating and electricity in terms of living in today’s society,” he said. “And the government should be regulating like it’s an essential service. Which means ensure they serve everyone fairly … and that gouging is prohibited.”

He points out that even though Canada’s big banks are much smaller than many banks in other countries, four still ranked among the top 50 most profitable in the world in 2020.

Conacher is calling on Ottawa to change the Bank Act, to require independent audits of every division of the banks to determine their profit margins. “And if it’s more than a reasonable profit margin of 10 to 15 per cent, then the banks should be forced to lower their fees and interest rates to a reasonable level,” he says.

Democracy Watch has called on the government to more closely monitor the banks’ profits before, but hasn’t seen any action.

“The banks can look back and see that finance minister after finance minister has protected the gouging … that banks do to millions of Canadians,” he said. “I’m just guessing that they think current Finance Minister [Chrystia] Freeland and Prime Minister Trudeau will continue to do the same — roll over and do nothing.”

Changing the act could take years. In the meantime, the finance minister could speak to the banks, says Ken Whitehurst, executive director of the Consumers Council of Canada.

“The minister might wave her stick in the form of leading a national conversation … and see if the banks would choose to ease up,” he said.

Go Public asked the ministry what it’s prepared to do about fee increases.

A spokesperson for the finance minister said she couldn’t provide a response. Instead, the ministry sent a statement outlining several initiatives Ottawa has put in place to support Canadians during the pandemic, such as the CERB program and expanded Employment Insurance.

Williams says she thinks the time has come for government to talk to the banks about their rising fees.

“Someone needs to look at what they’re doing and put them in check,” she said. “I’m shocked and I’m saddened that they care so little for their customers. That we are just piles of money to them.”

She has one week to figure out what to do, before TD’s higher fees take effect.