Canadians are buying more jeans again — are you ready for a wardrobe refresh? 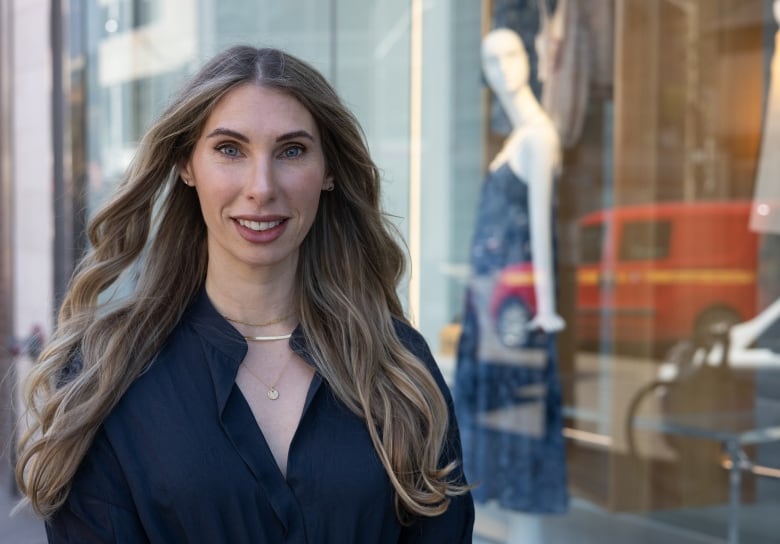 Canadians are spending money on clothes again, and it’s not limited to the pandemic staple of sweatpants — even jeans are making a comeback, according to new data.

The top five selling items in March were T-shirts, jeans, active pants, coats and non-sports bras, according to market research firm the NPD Group. Official numbers from Statistics Canada back that up. Retail sales figures released Friday show that sales at clothing and accessories stores rose by almost 24 per cent in March — more than any other type of product.

“One of the most exciting things that I saw in March data was women’s jeans [are] up one per cent from 2019,” said Tamara Szames, industry adviser for Canadian retail at the NPD Group in Toronto.

It’s a small increase but likely just the beginning of the industry’s recovery, said Szames.

Pre-pandemic, Canadians got dressed up for work, school and to see friends and family, but sales of clothing for social purposes plummeted in 2020, according to the NPD Group.

Szames said she sees “hope and a glimpse of recovery” because March 2021 sales were up six per cent compared to March 2019 — and casual, everyday wear is part of the comeback.

“Canadians have this built-up demand and they want to buy clothing.”

That’s good news for the hard-hit clothing industry. While some retailers, such as Canadian clothing makers Lululemon and Aritzia, embraced the stretchy fabrics and loose fits many cooped-up Canadians were looking for, the pandemic was the tipping point that sent others seeking creditor protection, such as Le Chateau, Reitmans, Swimco and Aldo.

“While the past year has been the most challenging in our history, through the hard work of our team and the resilience and adaptability of our operations, we’re in an extremely exciting position,” Aritzia CEO Brian Hill said in the company’s most recent earnings call.

Progress on the vaccine rollout is likely to make things easier, as eventually, retailers won’t have to navigate how to make clothing and ship orders during a global pandemic. Plus, stores will be able to reopen when restrictions lift, and sales could get a boost when Canadians have occasions to get dressed up for again.

“Any chance we get to socialize will become an event and those events will lead to opportunities,” said Szames.

“That tells us that they want this refresh, this newness in their life,” said Szames.

(The NPD Group conducted the online survey in March 2021 among 1,034 adults aged 18 years and older in Canada. Results have been weighted to represent the Canadian population. A probabilistic sample of this size would yield a margin of error of plus or minus three per cent, 19 times out of 20.)

“It’s easily paired with our blazer … to elevate this casual outfit without sacrificing our beloved comfort factor,” said Emily Chow, senior style adviser at Aritzia on Robson Street in Vancouver.

Chow said shoppers seem eager to get dressed up and ready to go out after being at home for so long.

“There’s a sense of play and excitement.”

Unlike in Ontario and other parts of the country under heavier pandemic restrictions, B.C. clothing retailers are allowed to be open. Chow said customers are coming in to reconnect after months of shopping online and to find new fits and sizes if their body size has changed during the pandemic.

The company is watching sales in its U.S. stores, where a shopping shift is already in full swing, to get a sense of what’s to come in Canada.

In the U.S., more than one-third of the population is fully vaccinated and restrictions are being loosened to allow socializing — even without masks on.

“We are seeing our dresses pick up and our going-out clothing pick up a lot more in the U.S.,” Aritzia CEO Hill said during the company’s fourth-quarter earnings call.

The NPD Group also collects and analyzes U.S. data, which shows swimsuit sales were one of the fastest-growing clothing categories in March.

“[Americans] are looking to escape, so travel is a big thing,” said Szames.

Canadian Yang-Yi Goh is getting a first look at post-pandemic fashion in North America, not only as a style commerce writer for GQ magazine, but also because he lives in New York.

“The mood in New York the last couple of weeks has felt joyous. It has felt celebratory,” said Goh.

He said as more people get fully vaccinated, their confidence rises, and they’re finally going out to see friends and family.

“We’re kind of getting to that point where we can feel like ourselves again, feel human again, and really dress for that moment,” said Goh.

“My hope is that people are going to try to be a little bit more expressive and bold in the choices they’re making with their clothing,” said Goh.

“Wearing things that bring us joy, I think, is probably the No. 1 priority.”