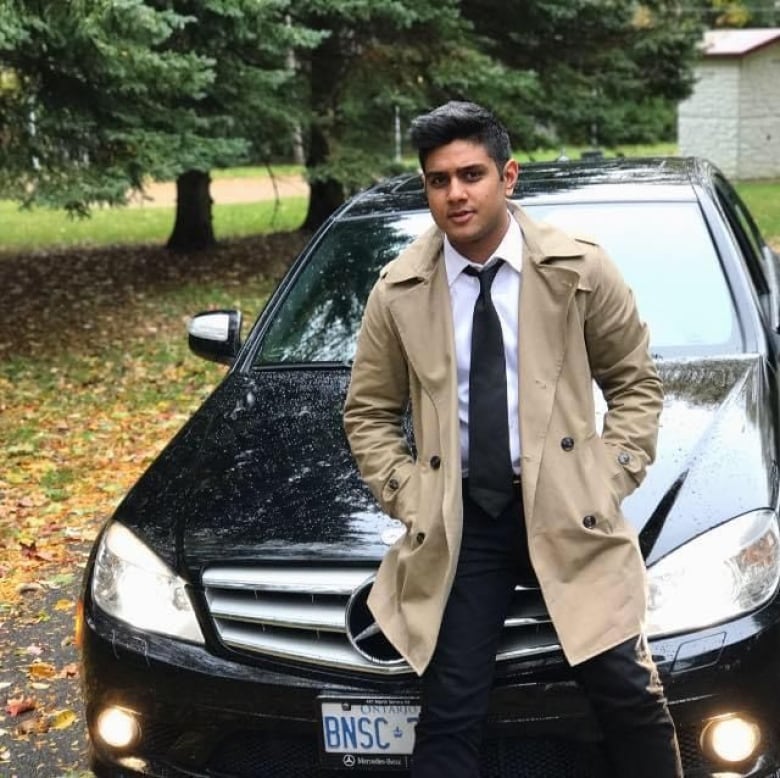 Investigators are looking for three male suspects in connection with Thursday’s double shooting and kidnapping in Hamilton that left a father badly injured, one of his sons dead and another son with gunshot injuries.

Faqir Ali, 63, who police said was severely beaten but not shot, and his surviving son remained hospitalized Friday in stable condition.

“I can confirm that 21-year-old Hasnain Ali, who is affectionately known by the family as Nano, was killed during this incident,” said Bereziuk. He said that for privacy reasons, the other son’s name won’t be released.

Faqir Ali was “taken forcefully” from his home near Glancaster Road and Dickenson Road in Mount Hope around 3 a.m. ET Thursday, police said. He was found on Beach Boulevard near the Burlington Lift Bridge around 9 a.m. with serious, life-threatening injuries, said police.

Bereziuk said he could not get into the details about what happened in the house that morning because they are “critical evidence.”

But, he said, “regardless of the circumstances, shot were fired and Mr. Ali’s son Hasnain … was killed in this. I can tell you that it appears to us at this point in time that his sons were trying to help him and unfortunately they were shot and Hasnain succumbed to his injuries.”

Bereziuk said the suspects were seen fleeing the scene in a black SUV, which has since been located in Hamilton and recovered by Hamilton Police Service.

Police said they had “vague” descriptions of two of the suspects:

The third suspect is also a male, but police gave no description.

Bereziuk said investigators have also located another SUV that was believed to have been used in the crime.

Investigators are asking anyone living on Beach Boulevard and who has video footage from 4:30 a.m. to 9 a.m. on Thursday to see if it shows a black 2015 Ford Edge SUV with the licence plate CSKC111.

Bereziuk said the motive is still unknown, but investigators are “quite confident [Faqir] Ali was the target.”

He said investigators are aware of an online post by a law firm in Mississauga about $12,000 owed by Ali in 2018 and that this will form part of their investigation, but guesses about what kidnappers were looking for “would only be speculation.”

Bereziuk said there were no demands made by the kidnappers and the family was not known to Hamilton police.

However, he has yet to speak to Faqir Ali because he’s still recovering in hospital.

“I’m hoping he can provide some insight perhaps and we see where we go from there.”

Friends of the family who spoke with CBC News on Thursday described Ali as a longtime Hamilton resident who is known to the community.

Usman Khan, founder and former chairman Jinnah Cultural Society of Hamilton, said he arrived in Canada in 2004 and has known Ali since then.

“We’re all sad, very sad, especially for his kids.”