Employees work next to tanks for liquefied natural gas at a factory in Xian, China in June. China is a prime customer in a worldwide LNG expansion. (Reuters)

There’s no question that when you burn it, methane, the main component of natural gas, is much cleaner than coal.

With that in mind, you might think a newly released report titled The New Gas Boom should be cause for celebration.

Instead, the fresh analysis from Global Energy Monitor, a group well known in energy circles for keeping track of coal plant construction in Asia, sounds a warning, not just for the climate but for investors in what it calculates as a risky $1.3 trillion US worth of global gas infrastructure.

Effectively, the report warns that rather than being an environment-friendly product that can help solve our climate problems, gas is the new coal.

The explosion in spending on planned new liquefied natural gas (LNG) facilities — the vast majority in the U.S. and Canada — combined with new calculations for leakage from the LNG supply chain called fugitive gas — means the world may soon turn against gas in the same way it turned against its solid fuel relative.

“New studies have shown there is significantly more fugitive gas than studies showed five years ago, and the gas is also a bigger contributor to climate change than was understood,” said James Browning, one of the report’s authors.

According to U.S. government sources, by weight, methane is 25 times better at trapping heat than carbon dioxide, and while the gas eventually breaks down, that superheating effect magnifies the cascading impact of processes like ice- and permafrost-melt that in turn contribute further to global warming.

Credible sources have calculated that natural gas is an environmental wonder fuel compared to coal, oil and even bio-energy.

At the point of combustion, burning gas produces less than half the CO2 of coal. It produces much less nitrogen oxide and almost no sulfur dioxide, two harmful components of smog. It produces a microscopic fraction of the airborne particulates generated by burning bio-fuels. Particulates are a well known hazard of coal and diesel combustion.

For those reasons, natural gas is seen as an attractive option for smog-bound cities, especially in Asia, currently using coal to heat and to make electricity.

Until quite recently, for all practical purposes, gas was seen as a continental resource. In other words, whereas coal and oil were commonly moved by freighters and tankers all over the world, gas was limited to places where you could build a pipeline.

As it was produced in places like Alberta, for example, pipelines moved it across the country to be burned in cities of Eastern Canada.

But the falling costs of LNG technology changed all that. Suddenly it became feasible to compress the gas into a chilly liquid for shipping by specialized tankers anywhere in the world. 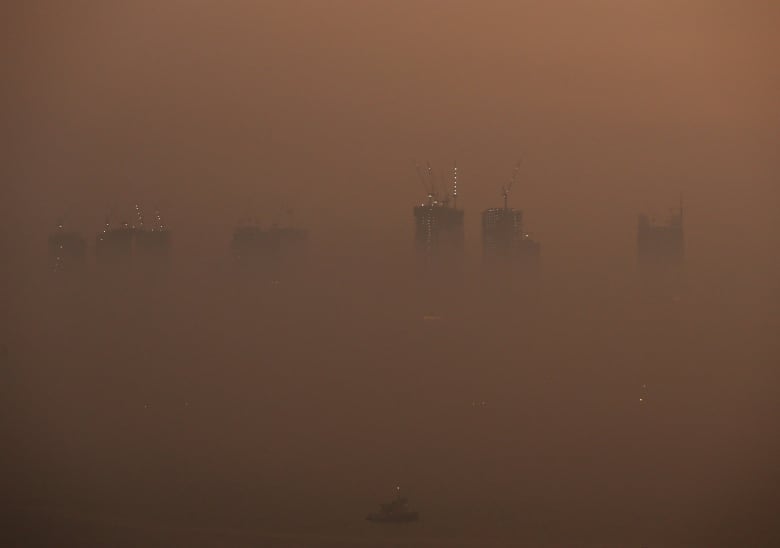 Smog shrouds highrise buildings during an evening in Mumbai, India, in January. Cleaner natural gas is an attractive fuel option — for now. (Reuters)

And according to data assembled in the GEM report, that has led to a boom in planned LNG construction worth something approaching $2 trillion. Since plants to compress the gas are much more expensive to build, gas-exporting countries are by far the biggest investors.

LNG development in Canada has had wide support from business and government as an opportunity to sell what had been a cheap and plentiful national resource to countries without our advantages. Canadian taxpayers have contributed to speed the projects along.

“At current consumption levels, Canada’s resources can provide natural gas to consumers for the next 300 years,” says a website produced by the Canadian Association of Petroleum Producers, celebrating the fact that Canada is the world’s fifth-largest producer.

But as well as documenting the expansion of LNG investment in Canada and around the world, the GEM report contains a warning to those who are investing that extends to banks lending the money for facilities based on the idea of an industry imagining a 300-year run.

For one thing, the latest expansion flies in the face of international agreements to reduce natural gas use, said Browning, and while the current U.S. government has repudiated those commitments, so far, Canada has not. And governments change.

“You add all these new projects together and you’re talking about a tripling,” said Browning.

And Browning says countries suffering from the effects of climate change will be looking for less costly alternatives, especially as it becomes better understood that fugitive methane from drilling and shipping can make gas as damaging as coal .

Already, sun-drenched India, one of the countries likely to be worst hit by rising temperatures, is finding that in many cases solar energy is cheaper than fossil fuel alternatives. 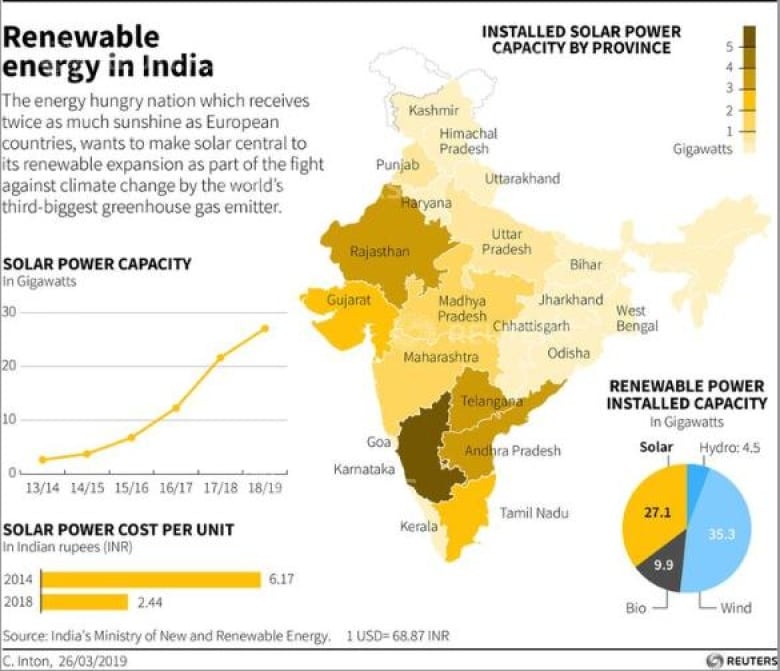 That’s why the report warns that early-stage lenders and investors in LNG may be disappointed as markets for gas exports dry up long before the investment in the massive expansion pays off.

Karen Tam Wu, regional director for the Prembina Institute in British Columbia, where Canada’s giant LNG project has already got the go-ahead, is sympathetic to countries trying to move away from the polluting effects of coal. But she said the so-called rush to gas may turn out to be a wasteful intermediate step on the essential path to low-carbon energy.

She’s afraid that in pushing LNG, B.C. is wasting money it could have spent competing with the rest of the world in developing better renewable technology.

Forty to 60 years, the lifespan of an LNG plant, is plenty of time for places like China, currently in the market for Canadian gas, to discover alternative energy technology.

“China may turn around and say, ‘You know, we don’t need to be importing fossil fuels from other countries because we’ve become self-sufficient,'” said Tam Wu.