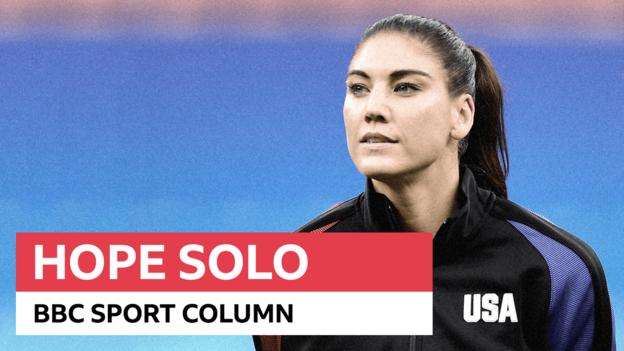 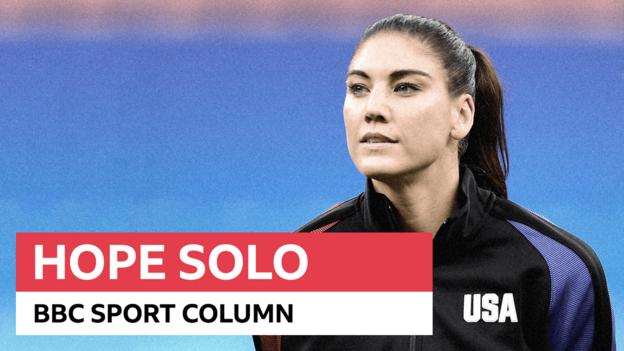 England against the United States is a perfect semi-final.

When the Lionesses line up in Lyon on Tuesday they will have a better chance to beat the USA in a World Cup match than ever before.

Player for player, the American team is the stronger side and you have to think they will get through – but England have the better manager, tactically.

We’re going to see tactics come into play in this game more than in any other match in this tournament so far, which is why I’m excited to see what Phil Neville has in store.

I have a new-found excitement and admiration for this England side because of how well they’ve been doing under Neville over the past 18 months.

‘I would have loved to play for Neville’

These Lionesses have a new sense of confidence and belief about them, with a swagger that I’ve never seen them have before.

I believe that’s testament to Neville’s leadership and the confidence he instils in his team.

He’s a true leader. He takes responsibility and he shows courage. He’s a coach I would have loved to play for.

He holds his players to account and everybody wants to step up to the plate and perform under his leadership.

And they are certainly performing for him, winning the SheBelieves Cup earlier this year and now showing their quality with a 3-0 win over Norway in Thursday’s quarter-final.

The USA may fear England for the first time

In the past, England were always respected and admired by the USA, but not feared.

The two teams have met 16 times and the USA have won 10 of those, including a 3-0 victory in their only World Cup meeting in 2007.

This summer, after victories over Scotland, Argentina, Japan, Cameroon and Norway to reach the last four, there might be a small sense of fear from the United States for this England team.

And that’s not how the US have ever operated previously – we simply do not fear teams.

There’s a sense of arrogance in the fact that we like to instil fear in others, and we don’t operate with fear ourselves.

What’s different in 2019 is that every team now has to fear England just a little bit – whether that’s because of their attacking play, their midfield, Ellen White scoring goals, or Lucy Bronze and Nikita Parris flying down the right-hand side.

This American team won’t admit it, but the Lionesses can instil a tiny bit of fear in Jill Ellis’ defending champions.

In 2015, when the USA won the World Cup for a third time, that simply was not the case. There was no sense that England could do damage to us, but that is different now.

England must watch out for Heath

A lot of people are looking forward to the head-to-head match-up between Megan Rapinoe down the USA’s left and England right-back Lucy Bronze.

However, for me this game is also about whether the Lionesses can shut down Tobin Heath on the other flank, because both of the holders’ wingers are dangerous.

Yes, Rapinoe scored those two important goals against France in the quarter-finals, after getting two more against Spain in the last 16 – but Tobin has been at the heart of the US attacks throughout this World Cup.

So England should be really concerned about closing her down as well, because their left side is not as strong as their right side with Lyon star Bronze.

This is also a match in which USA striker Alex Morgan can really be successful because of her speed.

If she can get behind the two centre-backs, Steph Houghton and Millie Bright, this could be her game, her semi-final, her moment.

Why White deserves the golden boot

Meanwhile, at the other end of the field, can White can get in between Abby Dahlkemper and Becky Sauerbrunn? I think she can.

Ellen is a smart attacker who likes to play in between the two centre-backs and sneak off their shoulders.

The Manchester City striker has been scoring fantastic goals against great opponents – not just the weaker teams – throughout this tournament, so she’s deserving of the Golden Boot.

There will be turnovers if England press this USA defence, through Parris and White, and that’s the way to beat them.

They have to force turnovers and go straight for the counter-attack once they win the ball back.

Who will reach Sunday’s final?

England have improved their fitness quite a bit, but it may be an issue for them to face the USA in this heat here in Lyon, because I know the Americans’ sports science programme has been light years ahead of every other team for some time.

That said, these Lionesses are fitter than I’ve seen them in past tournaments, but the US are still more experienced and have greater endurance.

Because of that, things are edging more in the way of the USA, so I think they’re going to just come out on top and reach Sunday’s final against either the Netherlands or Sweden.

Nevertherless, I would not be surprised if it went the other way.

It comes down to tactics. England have to play a smarter game than the USA. And that’s why, ultimately, this will come down to Neville.