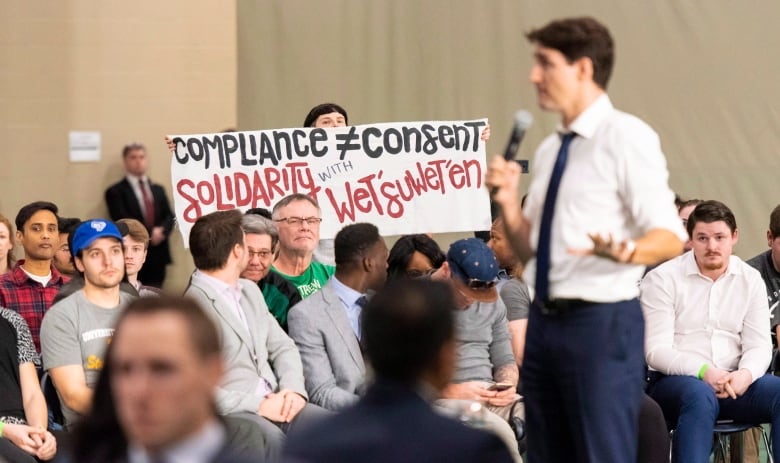 Justin Trudeau leads as the preferred person to be prime minister among new Canadians, placing ahead of Conservative Leader Andrew Scheer in a CBC News poll. (Frank Gunn/Canadian Press)

New Canadians are still backing the Liberals, Indigenous voters have abandoned the party in droves and first-time voters are leaning disproportionately toward the New Democrats and the Greens and away from the Conservatives — if they intend to vote at all.

These are the findings of a poll commissioned by CBC News. It offers a glimpse into the politics of a few demographic groups that are often overlooked in national polls but could play a decisive role in the October federal election.

Conducted by Public Square Research and Maru/Blue for CBC News, the poll ran between May 31 and June 10, interviewing 4,500 Canadians online. The survey included a sample of 3,000 eligible voters and additional samples of 500 respondents from each of three targeted demographics: first-time voters, new Canadians and Indigenous people.

The poll shows that these groups often view the issues very differently from other Canadians, influencing how they will cast their ballots in the fall.

The Liberals made significant inroads among Indigenous people in the 2015 federal election. In polling divisions located entirely on First Nations reserves, the party captured 40.5 per cent of the vote — an increase of nearly 28 percentage points over 2011.

But the poll suggests the party has lost a lot of the support they gained four years ago.

Among Indigenous respondents who recalled how they voted in 2015, 41 per cent voted for the Liberals. Now, just 24 per cent of decided or leaning Indigenous voters would cast their ballot for the party —  a drop of 17 points. 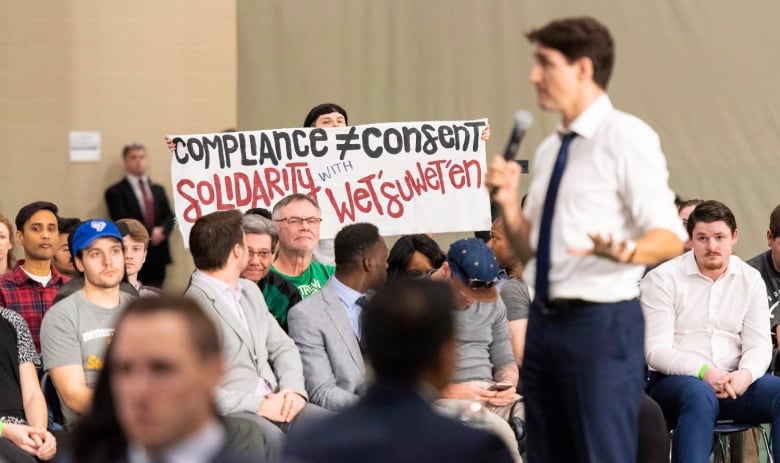 Both NDP Leader Jagmeet Singh and Green Leader Elizabeth May scored higher as Indigenous voters’ preferred choice for prime minister than they did in the population as a whole — 14 per cent apiece, compared to 10 per cent each among all Canadians.

Conservative Leader Andrew Scheer topped the list with 20 per cent support among Indigenous people polled, edging out Prime Minister Justin Trudeau’s 19 per cent. Both of these scores, however, were four points lower than among the population as a whole.

Two issues stand out as significant drivers of the Liberals’ loss of support among Indigenous voters. Just 25 per cent say Trudeau has done very or fairly well in improving the welfare and living conditions of Indigenous people, while 46 per cent say they are “very angry” at the removal of Jody Wilson-Raybould, Canada’s first Indigenous attorney-general, and former Indigenous services minister Jane Philpott from the Liberal caucus. That latter figure was 13 points higher than among Canadians as a whole.

There is better news for the Liberals among new Canadians, though their support among these voters has also decreased.

Forty-five per cent of new Canadians polled say they voted for the Liberals in 2015 and 39 per cent say they currently intend to vote for the party in 2019 — a drop of six points. But the Liberals still hold a comfortable lead with this group over the Conservatives, who are up only three points to 29 per cent.

Support among new Canadians for the NDP and Greens is largely unchanged from 2015 — 14 per cent and nine per cent support, respectively.

Trudeau holds a wider advantage over Scheer on the question of who new Canadians prefer as prime minister — 35 per cent support, to just 19 per cent for the Conservative leader. Singh and May trailed with 11 and nine per cent.

The prime minister scored generally more positive ratings on a number of issues among new Canadians than he did among the population as a whole, particularly on immigration. Sixty per cent of new Canadians said Trudeau has done very or fairly well on the immigration file, compared to just 39 per cent among the general population.

But new Canadians across the board are more upbeat, giving better ratings to the opposition leaders, expressing more optimism about their future and being more likely than other Canadians to say the country is on the right track.

Young voters came out in record numbers in 2015 and helped give the Liberals their majority government. But the party can’t count on dominating this election’s cohort of new voters. 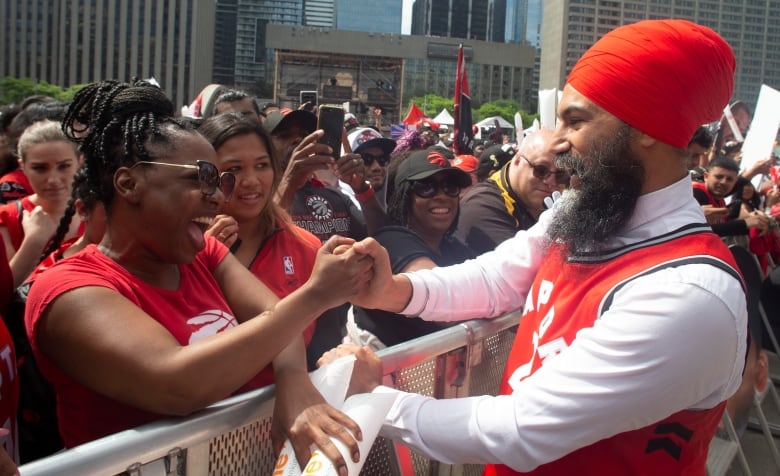 Among first-time voters polled, NDP Leader Jagmeet Singh was tied with Prime Minister Justin Trudeau on the question of who they preferred for the top job. (Chris Young/Canadian Press)

The Conservatives trailed among first-time voters with 23 per cent support — 11 points worse than their score with the population as a whole — while the Greens were at 17 per cent. On the preferred prime minister question, more first-time voters chose May (16 per cent) than Scheer (14 per cent).

First-time voters are far more motivated by climate change than other Canadians — but are also much less motivated to vote. They are less likely than older Canadians to say they are interested in following politics, that voting is an important duty or that they know enough to vote.

The results show these voters are split between the three main parties, with the Liberals narrowly edging out the others with 29 per cent. The Conservatives followed closely with 28 per cent and the NDP with 24 per cent.

Trudeau had a wider lead with this group on the question of preferred prime minister, with 25 per cent against 19 per cent for Scheer and 17 per cent for Singh. The NDP leader scored seven points better among visible minorities on this question than among the population as a whole — suggesting an opportunity for Singh to grow the party’s support among voters who may not have backed the NDP in the past.

The numbers suggest regional differences in Canada’s politics won’t be the only factors deciding who wins the October election; our demographic differences might be just as important.

The poll results referenced in this article came from the following questions, with answer options in brackets:

“If a federal election were held today, which of the following would you be most likely to vote for? Which party would you say you lean towards?” (Conservative, Liberal, NDP, Green, Bloc Québécois, People’s Party, Other/Independents, Would not vote, Don’t know)

“Can you remember which party you voted for in the last federal election? (Liberal, Conservative, NDP, Green, Bloc Québécois, Other, I didn’t vote, I can’t remember, I wasn’t eligible to vote in the last election)

“On balance, who do you think should be the Prime Minister of Canada?” (Justin Trudeau, Andrew Scheer, Jagmeet Singh, Elizabeth May, None of these people)

“How well do you think the Prime Minister is doing on the following issues? Improving the welfare and conditions of Indigenous Canadians. Immigration.” (Very well, fairly well, not very well, not well at all, don’t know)

“There have been a number of issues plaguing Prime Minister Trudeau. How angry, if at all, are you about these things? The removal of Jody Wilson-Raybould and Jane Philpott from the Liberal party.” (Very angry, not very angry, not angry at all, think it’s a good thing, don’t care)