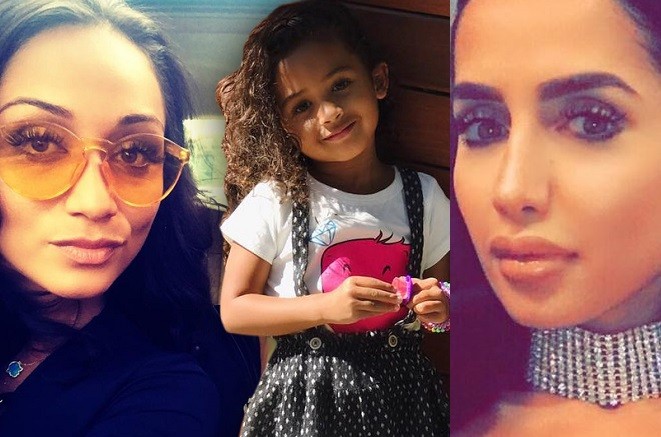 Chris Brown’s baby mama Nia Guzman was on Monday granted a restraining order against her former friend Shakur Sozahdah who she said is threatening to kill her and kidnap their daughter Royalty.
Nia rushed to the police earlier this week to file a report and also requested the restraining order against Sozahdah, who used to be a friend. According to a Tuesday report from TMZ, Nia claims Shakur is making criminal threats against her family.
In a viral footage, Shakur recorded a diss rap and threatened Nia and Royalty. She sang: ‘I really hate this b*** / I won’t take my foot off your neck / You lucky I love your little daughter like I do, do ’cause we woulda already run the f*** up on you, you,’
Sozahdah also claimed Nia does drugs and has infections too.
Image 
In the paperwork sighted by TMZ, Shakur must now stay 100 yards away from Nia and Royalty.