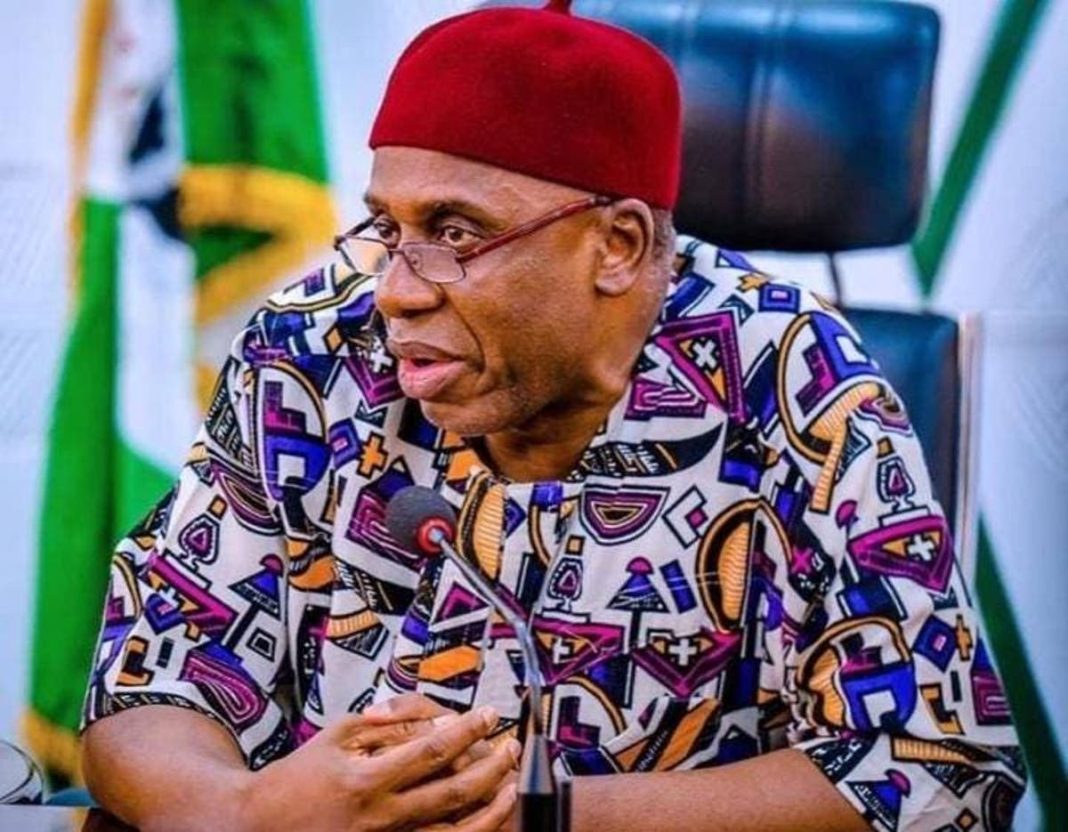 The Chief Judge of the Federal High Court, John Tsoho has reversed himself in an earlier rejection of a request by the Minister of Transportation, Rotimi Amaechi for the transfer of a pending case against him to a new judge for hearing during the Easter vacation.

Justice Tsoho had in a letter dated April 7, 2022, written by his Special Assistant (SA), Ambrose Unaeze rejected Amaechi’s request for a suit transfer which he made through his lawyer, Lateef Fagbemi (SAN) on March 31, 2022

But in a fresh letter dated April 14, 2022, Justice Tsoho overruled himself and agreed to transfer part of the case marked: FHC/ABJ/CS/1587/2021 to a new Judge.

The suit is challenging Amaechi’s handling of the process for the award of the contract for operators of Nigeria’s International Cargo Tracking Note (ICTN) to a new judge.

A civil group, the Citizens Advocacy for Social and Economic Rights (CASER) instituted the suit against Amaechi, accusing him of manipulating the contract process in favor of two local and inexperienced firms – Medtech Scientific Limited and Rozi International Nigeria Limited.

On December 17, 2021, following an ex parte application by CASER, the court restrained parties from taking any further steps in relation to the appointment of operators of the ICTN (an electronic cargo verification system that monitors the shipments of seaborne cargoes and enables a real-time generation of vital data on ships and cargo traffic in and out of Nigeria).

But on March 23, 2022, CASER’s lawyer, Abdulhakeem Mustapha (SAN) reported to the court presided by Justice Donatus Okorowo that Amaechi had allegedly violated the court’s order of December 17, prompting the judge to endorse the filing of contempt charges against the minister.

Justice Okorowo also directed the suspension of proceedings in the substantive suit to give way to the hearing of contempt charges against Amaechi and fixed May 9 for ruling in a joinder application and commencement of contempt proceedings.

Rather than wait till May 9, Amaechi, through his lawyer, wrote the March 31 letter, claiming utmost urgency, among others, and requested that the case against him be reassigned to the court’s vacation judge for urgent hearing.

Responding, Justice Tsoho in the April 7 letter, declined the request, stating, “I am to inform you that there have been counter posturing regarding the re-assignment or otherwise of this matter.

“It is discerned that arguments were heard by Justice D.U Okorowo on 23rd March 2022 in respect of alleged contempt and ruling scheduled for 9th May 2022. It will hence be disruptive to contemplate a re-assignment of this case.

“Besides, the Easter vacation is for two weeks and there is no guarantee that the vacation Judge can gain any appreciable ground as to convey an advantage over the regular Court in terms of hearing of the suit. In the circumstance, the Hon. Chief Judge declined the application.”

But following another letter by Ameachi’s lawyer, dated April 13, 2022, Justice Tsoho changed his mind and agreed that a portion of the suit be reassigned to the court’s vacation judge.

Justice Tsoho’s fresh letter, dated: April 14, written by his SA (Unaeze) in response to Amaechi’s new letter, reads: “I am directed by the Hon. Chief Judge of the Federal High Court to refer to your letter of 13th April 2022 in respect of the above subject matter.

“Having considered the responses as per your letters dated 13th April 2022, 1st April 2022 respectively, it is noted as follows: that there is presently no indication of any proper or formal application for contempt proceedings.

“The filing of Form 48 per se does not amount to a contempt application or committal proceedings, in the absence of Form 49 with evidence of the alleged contemnor’s disobedience obtained after service of Form 48.

“Therefore, in view of the extreme urgency emphasized with regard to the matter, there is a good basis for referring the pending applications to be heard during the Easter vacation.

“Consequently, our letter dated 7 April 2022 is canceled. The pending notice of preliminary objection and the application for joinder in the suit (but not the suit itself) are reassigned to the vacation court for determination. Please accept the assurances of His Lordship, the Hon. Chief Judge.”

CASER, the plaintiff in the suit has expressed reservation about Justice Tsoho’s latest decision to have the case partially transferred to a new judge.

In a statement by its Executive Director, Frank Tietie, CASER argued that it was impossible for Justice Tsoho’s decision to ensure justice in the case.

It said: “Thus, the directive that only the preliminary objection be heard by a vacation court leaving the main suit is aimed, in our opinion, at terminating the suit without the court adjudicating on the real issues of corruption and incompetence of the companies, as it should be.

“We strongly believe that the latest directive of the Chief Judge to transfer the suit as impressed on him by counsel to the Honourable Minister of Transportation, when there is no real urgency, is but just a self-serving one that is not in any way in the interest of Nigeria’s national security, thereby endangering the peace and welfare of Nigerians.

“We believe that the course of the administration of justice should run smoothly without any undue pressure.

“To this end, we are very uncomfortable with the latest directive of the Chief Judge of the Federal High Court that a suit that is due to be heard in less than one month be transferred to a vacation judge for reasons which he had earlier considered to be highly untenable.”