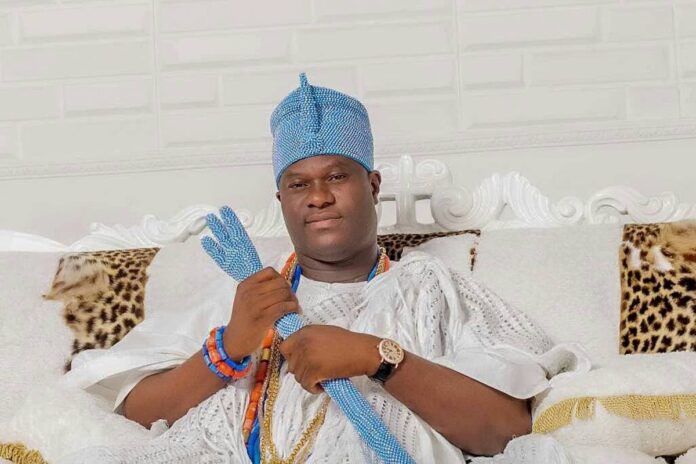 The Ooni of Ife, Adeyeye Ogunwusi, Ojaja II, has cautioned indigenes and residents of the town who are aggrieved by the process that led to the selection of new Vice Chancellor for the Obafemi Awolowo University, Ile-Ife, not to take laws into their hands.

Recall that some Ife indigenes invaded the varsity’s campus with charms and other fetish objects on Monday, protesting the announcement of Prof. Adebayo Bamire as the 12th substantive Vice-Chancellor of OAU.

The protesters argued that an Ife indigene should have been appointed.

Ooni, in a statement by his Director of Media and Public Affairs, Otunba Moses Olafare, assured workers and students of the institution of their safety, as well as their properties.

According to the monarch, protests are legitimate rights and ways to pass messages of dissatisfaction across to the relevant authorities but must not jeopardize peace and security in the society.

While suing for calm and directing all law-abiding citizens to go about their normal businesses without fear, Ooni noted that he had rallied major stakeholders to address the issue at hand.

“Protest is everybody’s right to make his or her unheard voice to be heard. This is always adopted by professional and academic stakeholders/trade unions, ASUU, NASU, NBA, NANS, religious bodies, political parties, and even concerned individuals but it must be done peacefully.

“Over the years, the good people of Ife have been a superb host to the University, even as they enroll their children and equally join qualified hands (regardless of background) to work in the citadel of learning.

“The Ife community is proud to have partnered and still partnering the institution through the House of Oduduwa on viable programs and projects capable of projecting Ile-Ife to the outside world as an ancient city ready for progress and development,” he stated.

He, however, promised that the good relationship between the town and OAU would remain as strong as ever, particularly to the benefit of the younger ones in and outside the university.

“OAU is Ife, Ife is OAU and we shall continue to cohabit in peace for progress,” the statement read.