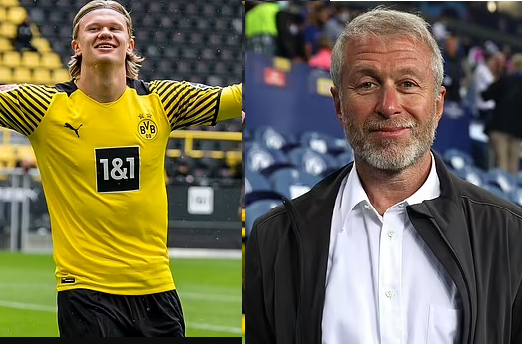 Roman Abramovich has reportedly handed Chelsea the funds to go and get Borussia Dortmund star striker Erling Haaland this summer for £150million.

The 20-year-old Norwegian, who scored 41 goals in 41 matches last season for the German side, would follow England international Jadon Sancho, joining Manchester United for £73million.

According to BILD, Abramovich has released the money for Chelsea to sign Haaland this summer but will need to offload some attacking stars to get the deal over the line. 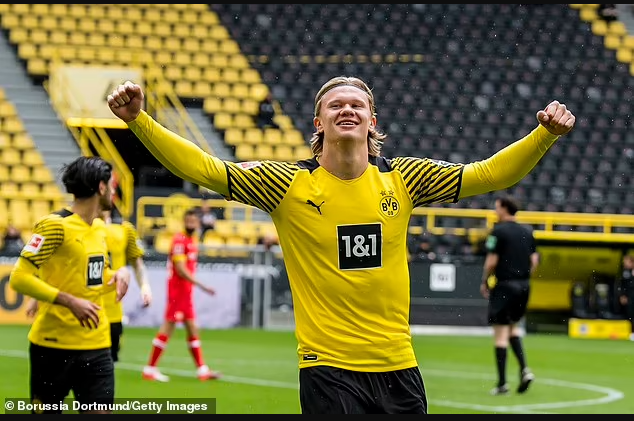 The report claims attacking trio Callum Hudson-Odoi, Tammy Abraham, and Hakim Ziyech are just some of the players that face the chop at Stamford Bridge should the west Londoners steal a march in the race for Haaland.

The 23-year-old striker was left out of the matchday squad for the FA Cup final defeat to Leicester City, despite being Chelsea and the competition’s top scorer that season.

Ziyech, meanwhile, was a regular part of Tuchel’s thinking during the Moroccan winger’s debut season at Chelsea, making 39 appearances in all competitions for the Blues, scoring six goals.

According to the German publication, selling all three players for their market value would raise around £90m.

Olivier Giroud is another forward who is expected to move on from Chelsea this summer.

Sportsmail revealed last week that the Frenchman is on the verge of signing a two-year contract with Italian outfit AC Milan and will head out to finalize the deal next week.