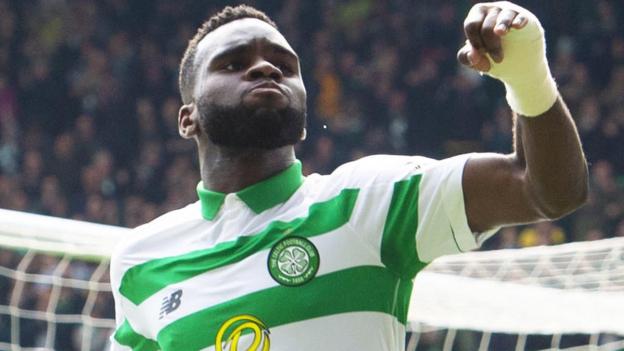 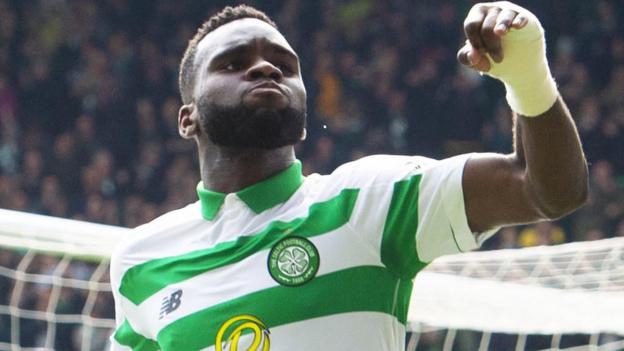 Celtic remain three points clear in the Scottish Premiership with a 100% record after delivering a devastating response to Kilmarnock’s shock opener.

Eamonn Brophy’s deflected strike gave the visitors a first-half advantage against the run of play, but an Odsonne Edouard double either side of half-time turned Celtic’s deficit into a lead.

Celtic knew they had no margin for error with Rangers briefly moving joint top with victory at St Johnstone in Sunday’s earlier game.

But Neil Lennon’s men were inspired by victory by the terrific James Forrest, who had a hand in two goals as well as hitting the woodwork twice.

The defeat ended Kilmarnock’s four-game unbeaten run and leaves them in seventh place with seven points.

Rivalries were set aside before kick-off as the fans paid their respects to Fernando Ricksen with a minute’s applause in memory of the former Rangers player, who died last week at age 43.

Kilmarnock headed to Glasgow’s East End in good form but Celtic’s Premiership results after European away action this season have been emphatic – winning 7-0 at home to St Johnstone, 5-2 at Motherwell and 2-0 at Rangers.

The Scottish champions could have been leggy after their energy-sapping exertions in Thursday’s 1-1 draw with Rennes. Instead, they had a spring in their step and Forrest ran the show with a standout performance full of verve.

The right winger revelled in his role on the left, constantly cutting inside to leave Kilmarnock floundering. Forrest had five shots at goal in the opening 25 minutes – three saved, one rattled off a post and one blocked by Power, leading to forlorn penalty shouts from the hosts.

A goal was inevitable. That it came at the other end was a major surprise.

A lovely pass from Kilmarnock midfielder Mohamed El Makrini on the left flank touchline Brophy on the edge of the box. He had three defenders for company, but got a shot away and it looped over Forster with the aid of a deflection off Kristoffer Ajer.

Celtic stayed calm and sought an instant response. Edouard and Ajer came close but just as Kilmarnock looked to make to it half-time intact, Forrest sliced them open. The 28-year-old raced down the left and delivered a pinpoint cross for the rising Edouard to power a header past Laurent Branescu.

And 15 minutes into the second half Celtic were bounding clear a two-goal advantage. Branescu, who had clawed a curling Olivier Ntcham effort away from his top corner, was powerless to prevent Edouard slipping a low shot in at the near post for his eighth goal of the season after a lovely reverse pass from Moritz Bauer.

Forrest’s efforts deserved a goal. He had to make do with a hand in the third, meeting Boli Bolingoli’s cross with a header that Branescu did well to keep out, before Christie followed up to bundle home the rebound.

And the Scotland winger, back on the right flank in the closing stages, knew it wasn’t his day to get on the scoresheet when a piercing run ended with his drive deflecting on to the bar and away to safety.

That would have made the result even more emphatic but there were a couple of second-half scares for the hosts. Forster had to be at his best to tip over a rasping Brophy strike, and the goalkeeper dived to his right to push away Power’s spot-kick after a rash Brown challenge on Sow.

Edouard’s double proved decisive in the end, although the sight of fellow Frenchman, centre-back Christopher Jullien, going with injured, was a late moment of concern for Celtic fans.

Man of the match – James Forrest

It may seem odd not to award the accolade to the two-goal Edouard, who was clinical again, but Forrest was unplayable and will wonder how on earth he has failed to get on the scoresheet.

He hit the post as he peppered Branescu’s goal with shots in the first period, provided the equaliser for Edouard and in the second half was somehow denied by the keeper from six yards before Christie turned in the third. A marvellous performance from the winger.

Celtic manager Neil Lennon: “It was an outstanding performance. We deserved so much more from the first half. Coming in level was flattering to Kilmarnock.

“We had 14 attempts at goal in the first half – some teams don’t get that many in 90 minutes. The players are doing everything we’re asking of them. That’s six wins out of six and a magnificent start to the season.”

Kilmarnock manager Angelo Alessio: “It was a shame because we lost a goal in the last minute of the first half. It is much better to go into the changing room at 1-0.

“We can put pressure on Celtic, but this is a tough game. The second half was very difficult for us, because Celtic pushed very high. We made two mistakes and Edouard scored two goals.”