Canadian curling continues to get hammered by COVID-19 cancellations 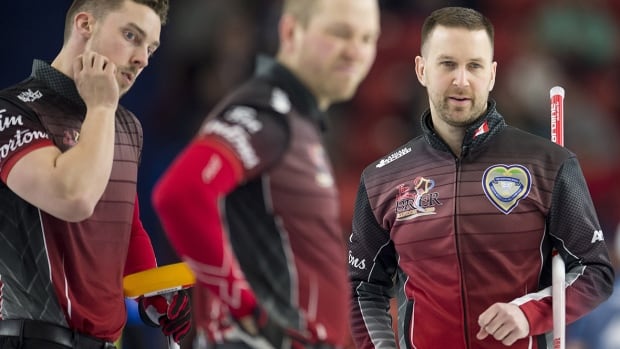 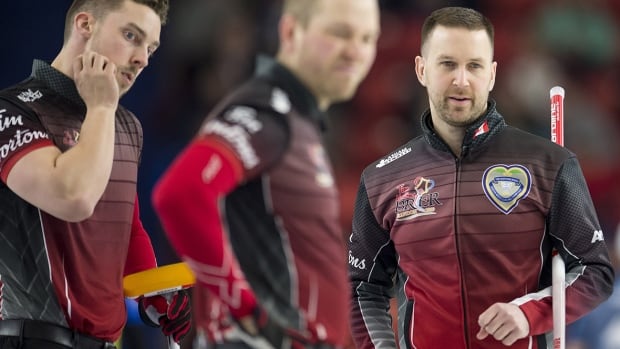 Brad Gushue’s curling team will not wear the Maple Leaf in Scotland and Canada has lost more world championships because of concerns over the spread of COVID-19.

The World Curling Federation cancelled both the men’s world championship scheduled for March 28 to April 5 in Glasgow, as well as the world mixed doubles and seniors championship April 18-25 in Kelowna, B.C., on Saturday.

The women’s world championship in Prince George, B.C., that was to open Saturday was called off earlier in the week.

The novel coronavirus COVID-19 has decimated the sports world with events and games around the world going dark in attempt to curb its spread.

There were over 142,000 confirmed cases of people infected with the virus Saturday and almost 5,400 deaths, according to the World Health Organization.

The foursome was going to represent Canada at a world championship for the third time after winning gold in Edmonton in 2017 and silver in Las Vegas in 2018.

The Glasgow tournament was their first chance to battle for a world title outside North America.

“We are disappointed that our season has ended and we will not get the opportunity to represent Canada at the world championship. But the safety of spectators, volunteers, athletes and officials is paramount at this time.”

Kerri Einarson’s women’s team out of the Gimli Curling Club in Manitoba won the Scotties Tournament of Hearts on Feb. 23 and was already in Prince George when the women’s championship was called off.

The scrapping of the men’s championship was not a surprise to the Gushue.

The skip told The Canadian Press when the women’s championship was scuttled Thursday that he was not at all confident the men’s tournament would go ahead.

He called it “super-disappointing” but “you’ve got to keep it in perspective.”

“I would never want to play in a world championship and jeopardize anybody’s lives,” Gushue said then.

“I look at it from my own personal standpoint. My father-in-law had a lung transplant a couple years ago and if I ever contracted it and came home, obviously that puts him in pretty severe jeopardy. I’ve got kids as well.”

The world mixed and seniors in Kelowna were expected to draw 60 teams and more than 400 travellers including athletes, coaches, supports and media, according to a WCF statement.

“This decision comes following a recommendation from British Columbia’s Provincial Health Officer Dr. Bonnie Henry and careful deliberation with public health officials and event organizers, along with various national travel restrictions that have come into place around the world in the past 48 hours,” the statement said.

Canada is a world curling mecca as World Curling Tour events in the country offer big prize purses to domestic and international teams.

But the final two Grand Slam events of the season have also been mothballed.

Toronto’s Princess Auto Players Championship scheduled for April 7-12, followed by the season-ending Humpty’s Champions Cup in Olds, Alta., from April 29 to May 3 would have offered a combined prize purse of $325,000.

The loss of the events is hard not only for curlers, but for local businesses that would have benefited from the economic stimulation they bring, Gushue said Thursday.

“It’s a tough situation for everybody,” he said. “I’m talking about curling events and opportunities, but think of all the business owners and the impact it’s going to have on the economy and people’s lives.”

“The spinoff is huge. That’s why I don’t think any of these decision are small.”

How does Pfizer’s COVID-19 pill work and who will get it?