Wowplus
Home World News Canada news Is the coronavirus ravaging your investment portfolio? Here’s what you need to... 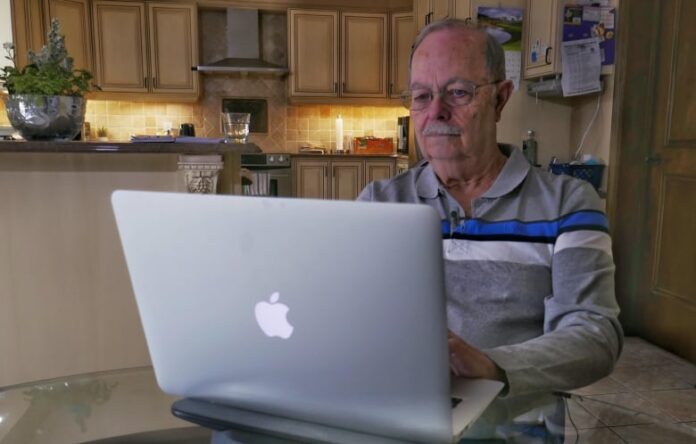 As the coronavirus continues its global spread, Canadians are worried not only about their health but also about their retirement plans. Many people’s hard-earned investment portfolios have already taken a beating as stock markets plummeted this week over concerns of the virus’s impact on the economy.

“This is nuts,” said Jim Allen of Toronto, a 74-year-old retired IT consultant who relies on his investments for the majority of his income. Even so, he’s decided not to worry about the spiralling stock market

“Keep your head in the sand and hope it’ll go by,” said Allen about his current coping strategy. “I’m not going to panic and start selling things, because that’s when you do take a loss.”

Investment strategists would say Allen is smart not to panic.

But is Allen making the right decision by holding onto his investments? Financial experts CBC News interviewed said that all depends on your immediate needs, your long-term plans and your ability to stomach volatile markets while the coronavirus continues to wreak havoc.

How long will this go on?

For people who hope to sit out the current economic crisis until their investments recover, the question remains: How long can you wait?

Birenbaum said that during the 2008 financial crisis, investors who sat on the sidelines waited about four years to recoup their losses. But she said they fared much better than people who panicked and sold their stocks at low prices during the downturn.

“The people that sold, they’ve probably still not recovered, quite frankly,” said Birenbaum, of the Toronto firm Caring for Clients.

Doug Porter, chief economist at Bank of Montreal, agrees that now isn’t the time to start dumping stocks — as long as you don’t immediately need the cash.

“It really doesn’t make sense at this point to be an aggressive seller if you have a longer-term time frame.”

Porter notes the current market dive was triggered by an intense Wednesday that saw the World Health Organization declare the coronvirus a pandemic, the NBA suspend its season, and U.S. President Donald Trump announce a confusing European travel ban that failed to calm the concerns of investors, who were hoping to hear about a plan to steady the economy.

“That’s a lot for any investor to absorb in a 24-hour period,” he said. More cancellations followed Thursday, including the NHL and the Juno Awards.

Despite the coronavirus’s continued spread, Porter believes its toll on the economy will be short-lived. He predicts the recovery will reflect the shape of a V or a U, meaning the economy will stabilize by the end of the year.

“Hopefully, a lot of the bad news is now out there and absorbed,” he said. “We continue to believe that when the storm passes, things will revert to some kind of normality relatively quickly.”

The worst is yet to come?

Birenbaum agrees that the economy will eventually recover and estimates it could take one to two years.

But in the meantime she suggests the coronavirus fallout could send markets down another 20 to 25 per cent.

“Remember, this virus is just getting wound up here in North America,” she said. “There’s very little travel, nobody’s going to restaurants, universities are being shut down — I mean, the whole economic engine has just gone from sixth gear into first gear.”

For those who feel they can’t stomach the wild ride and want to sell some stocks, Birenbaum suggests they consider acting now rather than when the market takes what she expects will be another hit.

“You don’t want to be making your situation worse than it is.”

She also suggests that investors consider re-balancing their portfolios to focus on strong companies with healthy balance sheets that can weather the current coronavirus storm.

“You want to make sure that your portfolio is comprised of the strongest, most dominant companies,” she said. “Smaller and weaker companies will either potentially go bankrupt, be bought out at a discount by the stronger players or simply limp along for a number of years.”

While nobody relishes profiting from a pandemic, investors who have cash or can liquidate some fixed-income investments may see this moment as an opportunity.

Financial expert Robb Engen warns potential investors to first evaluate how long they’re willing to wait for a financial recovery before they start pouring cash into the markets.

“Young investors in their accumulation years, they can certainly view these types of corrections as a real buying opportunity,” said Engen, a financial writer and fee-only investment adviser based in Lethbridge, Alberta.

But he said the same strategy may not work for an older investor — someone who can’t afford to wait for the anticipated recovery.

“What if things don’t work out the way I planned? Now we’ll have to be selling stocks at a loss just to fund my retirement.”

That’s exactly what retired investor Allen plans to avoid. He says he isn’t making any rash moves on either the buying or selling side and instead is waiting it out for better days ahead.

“I think this will come back. We just don’t know when.”