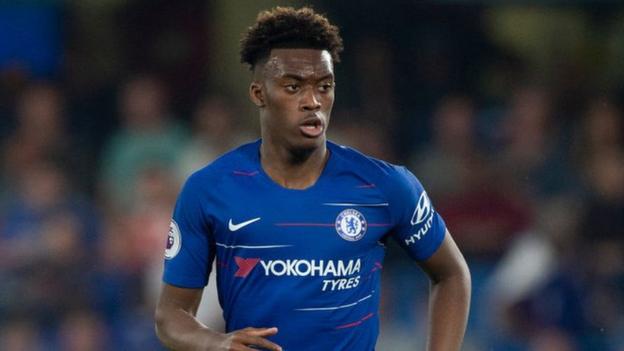 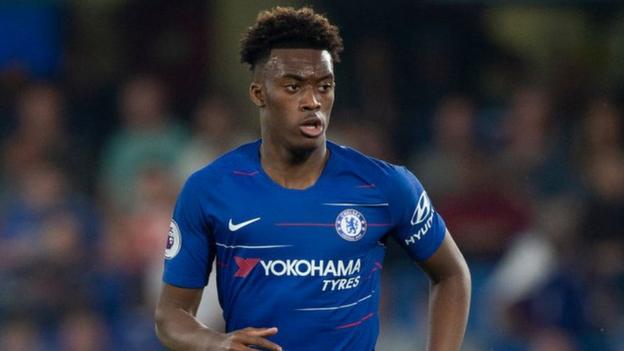 Callum Hudson-Odoi has agreed a five-year deal worth more than £100,000 a week to stay at Chelsea.

The England winger, 18, handed in a transfer request in January after Chelsea rejected a £35m bid from Bayern Munich.

But he is set to sign a new contract before the start of the season.

The youngster is understood to have been encouraged by positive words from new manager Frank Lampard, who said he wanted Hudson-Odoi to stay.

The teenager, who is recovering from an Achilles injury suffered in April, is on track for a quick return to action, potentially as soon as September.

Throughout the negotiations, playing time is understood to have been the key issue for Hudson-Odoi, who made 24 appearances and scored five goals under former boss Maurizio Sarri last season.

But he had to wait until April to make his first Premier League start, having already made his England debut.

Former Chelsea and England midfielder Lampard, who took charge of the Blues earlier in July, said the academy graduate can be a “huge player” for his team.

Midfielders Mason Mount and Ruben Loftus-Cheek have signed new deals since Lampard took over from Sarri.

“He can show, right here at Chelsea, the team he came through the academy at, that he is going to be a world-class player – because I truly believe that.”