Bullied as a child, Indigenous coach Terry Crook now inspires young athletes on and off the track 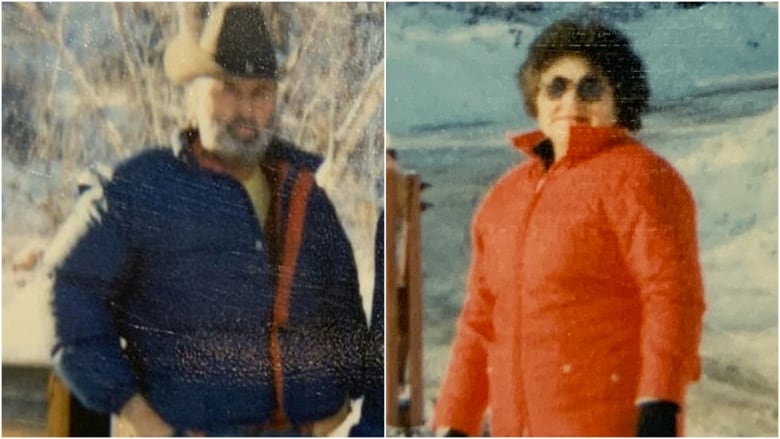 When Terry Crook walks onto the track at Calgary’s Stu Peppard Arena, there is an air of familiarity that comes only with someone who has done it thousands of times before.

The endurance coach with the Calgary Spartans Track and Field Club has gone from being a bullied kid and a nationally ranked runner to a coach of star athletes. Now, some of them have nominated him for a prestigious National Indigenous Coaching Award through the Coaching Association of Canada.

“I think you can’t bring up Terry without bringing up that he is Indigenous,” said one of Crook’s longtime athletes, Lucas Harrison. “That’s so important to him.”

It wasn’t always so. Crook grew up in Calgary, the son of a Chipewyan mother, Emilia, and a father, John, who was a Korean War veteran.

He was, as he describes it, an “urban Indian.” In his younger school days, that meant relentless racism and bullying.

“They used to call them pretty bad words,” he said of the racial slurs lobbed at him and his siblings. “You’re always tensed up. You’re always fighting for everything. It was a mean time.”

Refuge found on the track

Crook, 62, says the hurt he felt brought out anger in him he didn’t like. He found an escape on the running track. “It was my happy place. I enjoyed coming here training hard all the time.”

He blossomed with the Calgary Thunderbolts and the Calgary Spartans, becoming a nationally ranked middle-distance runner. In 1980, he even made it to the Olympic trials for the 3,000-metre steeplechase. “It was not a good race day for me,” he chuckles.

But more than four decades later, he acknowledges that making it that far was an accomplishment in itself.

The track continued to beckon after Crook’s own athletic career was over, and in 2007, he started coaching. As a coach — first with the Calgary Warriors Track Club, before moving to the University of Calgary Athletic Club and now the Calgary Spartans — he wanted to help create the same kind of safe place for his athletes that running was for him.

For Crook’s athletes, hard work is a given. But so is having fun during gruelling and repetitive training for middle-distance and marathon running.

It’s a balance that has helped create high-performing runners who are ranked nationally and internationally.

WATCH | How the life of an Indigenous track coach is helping to create champions:

Calgary track coach Terry Crook found a safe haven from anti-Indigenous racism on the track as a young runner. As a coach, despite learning his family’s dark history in residential schools, he’s creating a nurturing environment to push his athletes to their best. 4:12

They include Eric Lutz, who is one of the athletes nominating Crook for the coaching award.

The University of Calgary runner described Crook as “charismatic” and “inclusive,” before drawing on what may be the coach’s true talent: He is fiercely committed to those he coaches, as both athletes and as people.

“I broke my back and Terry was a huge part of my recovery,” Lutz said, recalling a 2019 ATV accident that ended in four fractured vertebrae and two transverse processes. “I don’t think I would have overcome those barriers without him.”

Lutz went on to achieve his personal best at a U Sports meet just months later, capturing gold in both the 1,000-metre and 1,500-metre races.

In a testimonial to support Crook’s nomination for the coaching award, 2016 Olympian Maria Bernard recalled her growth as a new, unsure runner in Grade 10 who went on to place fourth in the 3,000-metre steeplechase at the Rio Olympics. “If you showed up, he showed up,” she wrote.

Bernard, who attended the University of British Columbia, said that when she had a chance to train with athletes already competing internationally, Crook encouraged her to jump at it — even though it would mean he’d be less involved in training his star athlete.

This past winter, with the COVID-19 pandemic derailing indoor training, Crook built Bernard a homemade steeplechase so she could keep working. He also used a leaf blower to clear snow from an outdoor track for his runners.

“He was the first person to tell me this dream could be a reality,” Bernard said.

If there is a secret to his success, Crook said it’s the magic that happens between coach and athlete between races.

“More than training is that I have a personal relationship with each one of those guys. I actually care,” said Crook, who recently retired from the City of Calgary after 28 years — his last position being with the parks department.

The compassion that he brings to the track is on display when he talks about his late mother, Emilia.

Crook couldn’t bear to hear details of the abuse she suffered as a child at the Blue Quills Indian Residential School in St. Paul, Alta., until recently.

“She got taken when she was four years old. They lined up all the kids around the bed. My mom got whipped,” he said.

Crook is emotional recounting the details his mother provided to the Truth and Reconciliation Commission before her death. In addition to being whipped, she wrote that there wasn’t enough food, and her severe eczema was so neglected at the school that she spent weeks in hospital one summer.

They are painful details that Crook is just beginning to process. But learning about them is a key step on his journey from the shame he felt as a young child to the pride he feels today in his Indigenous heritage.

Crook said he has a dream of coaching Indigenous youth from First Nations in the area. “I hope one day to have a program out there for those guys to come and try running track and field. That’s a dream that I hope will come true.”