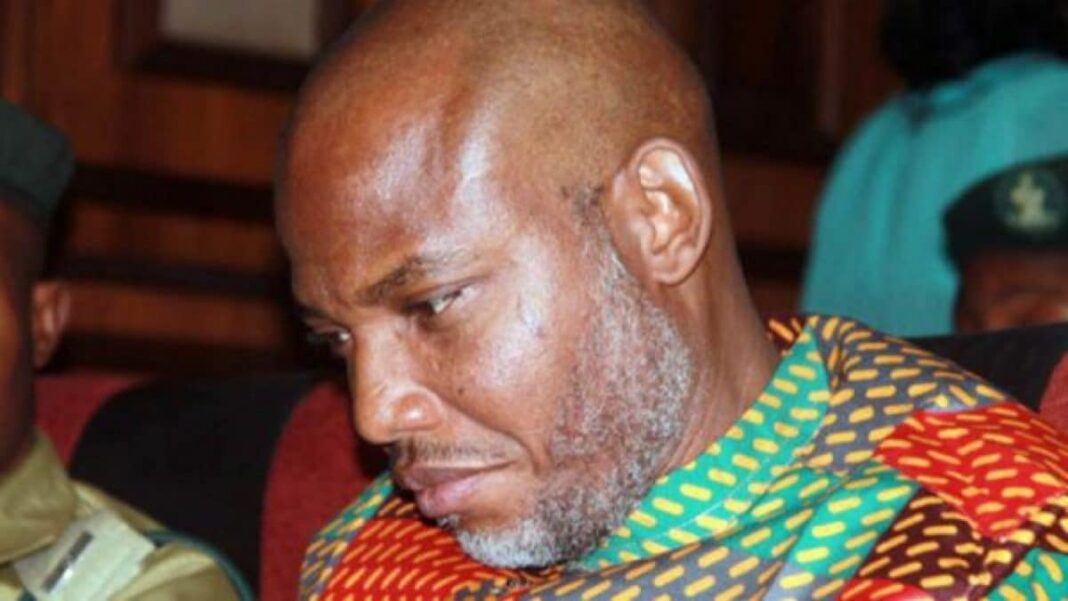 The Indigenous People of Biafra, IPOB, on Wednesday, lamented that its leader, Nnamdi Kanu was passing through unimaginable torture in detention.

IPOB claimed that the Nigerian government, through the Department of State Services, DSS, had subjected Kanu to torture and humiliation since his rendition from Kenya.

Emma Powerful, the spokesman of the group, lamented that the DSS had refused Kanu from changing clothes.

A statement by Powerful urged the United Nations, UN, and the Human Rights Watch to prevail on the Nigerian government to release Kanu, unconditionally.

He said: “The global family of the Indigenous People of Biafra (IPOB), wish to put the whole world on notice that our leader, Mazi Nnamdi Kanu is currently under severe torture and humiliation in the hands of Nigeria Government at the Abuja headquarters of the Department of Security Services, DSS, where he is under custody.

“We condemn this torture and the flagrant abuse of his human rights by DSS. Since his abduction from Kenya on June 19, 2021, to date, they have been touring him. They have denied him access to his religious materials.

“They have never allowed him to change his clothes while on the other hand, the same hypocritical Government is sewing new clothes for bandits and mass murderers who have purportedly repented.

“Our leader has been subjected to unimaginable torture since his rendition to Nigeria. The world will be shocked at further revelations of what he has passed through ever since then.

“Therefore, the global world, Amnesty International, Human Rights Watch and all diplomatic missions in Abuja Nigeria should prevail on Nigeria to release Kanu, unconditionally so he will not die in detention.”

Kanu was arrested and repatriated from Kenya last year.

Upon his return to Nigeria to continue his trial, Kanu was detained in the DSS custody on the order of an Abuja Federal High Court.