Buhari Administration should be ashamed — NARD 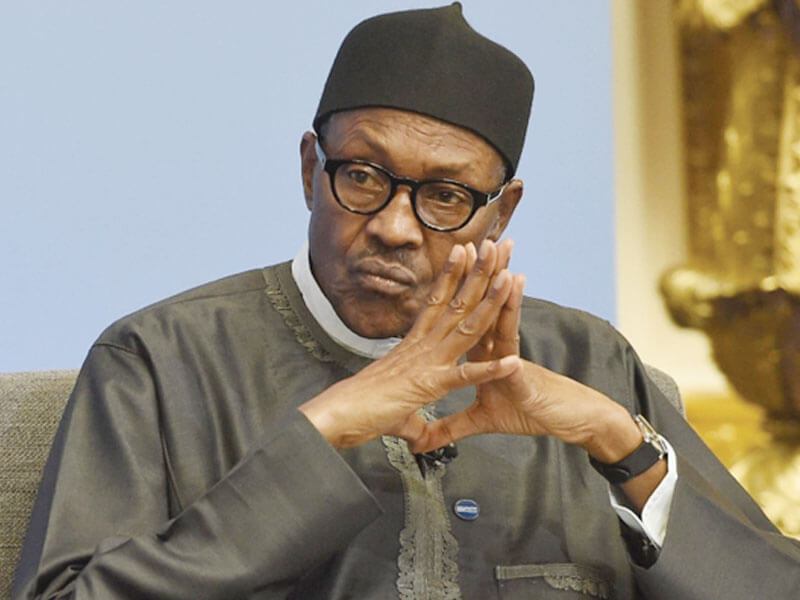 It was a shame and a humiliation for President Muhammadu Buhari that the Minister of Labour and Employment, Dr Chris Ngige, had called on doctors to return to work as a condition for the Federal Government to drop its court case against them.

“NARD never went to court, and it will go back to work as soon as its demands are met,” Dr Okhuaihesuyi Uyilawa told reporters.

PMB should be ashamed and embarrassed that they are requesting us to go to work so that they can get out of court, he said. Dr Chris Ngige‘s reasoning has been shattered by the failure to obtain an ex-parte injunction. On record, NARD is ready to resume operations once all of the demands have been met. For this reason, we moved above him to resolve our issues.”

About Dr. Chris Ngige, Minister of Labour and Employment: “We’re now talking to his boss, and we know that hurts”. We had no choice but to do so in order to get our legitimate claims met.

In addition, since taking office, his conciliations have failed every single time. I’m not bothered by a sinking leadership, he said, as demonstrated by the Minister of Labour and Employment.

Well-meaning Nigerians should avoid believing the Ministry of Labour’s lies and instead focus on what the NARD is asking for. If the government is doing everything it can to get the doctors back to work, it can only mean that nothing has been done to resolve the issues from the beginning of the process.

‘How do you sleep at night knowing that you haven’t paid people their wages?’ We need another leader at the helm,” he said. A failed Memorandum of Action for 114 days prompted the Nigerian Association of Resident Doctors to go on strike on August 2, 2021.

The Memorandum of Action, he said, includes, but is not limited to, the payment of salaries for doctors on the GIFMIS platform, payment of the Medical Residency Training Funds 2019-2021, payment of salary shortfalls of 2014-2016 for over 5,000 of our members, non-domestication of the Residency Act in all state tertiary health institutions, and payment of death-in-service benefits to the 19 doctors, now 23, who died from COVID-19 while serving

“Once again, the Minister of Labour and Employment has demonstrated to Nigerians that he lacks ideas and is tired of his current position, and he needs to hand over the reins to someone who has a thorough understanding of the issues plaguing the health sector,” he insisted.

Mr Uyilawa dismissed claims that the government had met NARD’s 12-point demand, saying: “Our members would have resumed if that had been achieved. They have failed to meet our expectations. In addition, only the National Executive Council (NEC) can decide whether or not to resume work,” he said.

According to Prof Innocent Ujah, National President of the Nigerian Medical Association (NMA), Prof Innocent Ujah was unaware of the latest condition given to NARD by the Federal Ministry of Labour and Employment, insisting that negotiations were still underway.

“I’ve never heard of it. I’m in the village, so I’m not aware of what’s going on and I can’t respond to it. It has been a positive experience for us so far. As of right now, there is no end in sight, but we are hopeful.

“We’re meeting with a lot of government officials to figure out how to fix this problem. That’s what we pray for, what we expect, and what we hope for,” he said

NARD has our support — NMA scribes

Dr Philips Ekpe, NMA’s Secretary-General, told Vanguard that the association supports NARD and that the government will not insist on a no-work-no-pay policy because it failed to negotiate at the right time.

It’s difficult to say that the government has given NARD conditions to resume work or is insisting on no work, no pay, Ekpe said.

Also Read: Obasanjo Gets New Appointment As High Representative For The Horn Of Africa Region

Whatever the government decides, NARD has the support of the NMA. We support NARD, which is why NMA gave the Federal Government a 21-day notice. You can see that the government is also working hard to find a solution. When you’re on the offensive, you don’t say “no work, no pay”. There has been a long stalemate over NARD’s strike that began August 2nd. The Federal Government failed to negotiate on August 3rd, 4th, 5th, or 6th.

Ekpe had no idea when the strike would end, but he was optimistic.

In addition, the Vice President and Presidency are involved in the strike, which is why I am unable to tell you when it will end. Now that they’re involved, it’s no longer the Ministry of Labour and Employment’s responsibility. When high-ranking government officials are involved, I believe the problem will be resolved the quickest.”