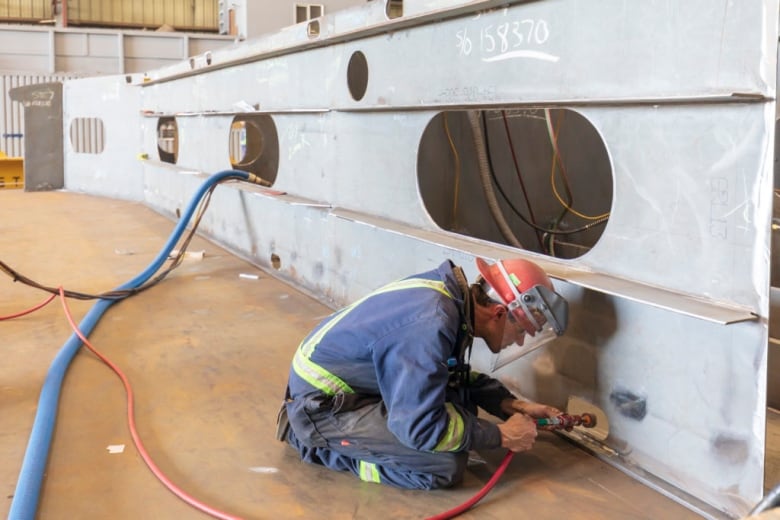 The Liberal government’s plan to build two icebreakers for the Canadian Coast Guard could cost as much as $7.25 billion, the Parliamentary Budget Office said today.

The plan to construct the vessels was unveiled last May, ahead of last summer’s federal election.

The decision was intended to fulfil a promise made more than a dozen years ago by the former Conservative government to build one polar-class icebreaker at Seaspan Shipyards in Vancouver.

The Liberals upped the ante and promised to build a second vessel at Davie Shipbuilding in Levis, Que., once the company was formally admitted to the National Shipbuilding Strategy.

The last federal government estimate for one heavy icebreaker dates back to 2013. The price tag at that time was $1.3 billion.

The Liberal government did not release an estimate when it unveiled its plan last spring. The fisheries minister at the time, Bernadette Jordan — who was also responsible for the coast guard — said price tags will be released once contracts are negotiated with the individual yards.

PBO estimates construction would start in 2023-24

Parliamentary Budget Officer Yves Giroux had a go at the numbers and projected management costs of $346 million, design costs of $820 million and construction costs of $6.1 billion.

“The time delay is a significant contributing factor to explain the increase in cost, as is, obviously, the addition of a second ship,” Giroux told reporters during a briefing Thursday.

The PBO estimate assumes that construction would start in the 2023-24 budget year, with the last ship delivered and the project completed by 2031.

But none of the federal government’s shipbuilding projects have been delivered on time and many have exceeded their projected budgets.

Giroux warned the price tag could go as high as $7.7 billion if the project is delayed by as much as two years.

When the dual ship project was announced, the Bloc Québécois accused the Liberals of playing politics by dividing the work between two yards in different parts of the country where they were canvassing for votes.

The accusation was hotly denied by the Liberals, who insisted the addition of the second vessel was about securing the Arctic, providing support for remote communities and maintaining a year-round presence in the Far North.

Dividing the work between two shipyards added hundreds of millions of dollars to the PBO’s project estimate, mostly through federal government management expenses.

“We estimate it will cost between $600 million and $800 million to split the contract between two distinct shipyards,” Giroux said.

In naval construction projects, he said, there are economies of scale and learning factors that drive costs. It’s always more expensive and cumbersome to work through design kinks when a shipyard builds a brand-new design, but when the same company moves on to build the second ship, it’s more efficient and cost-effective.

In previous assessments of navy shipbuilding plans, the PBO has provided a comparison to what other countries are doing to evaluate whether taxpayers are getting good value for money.

In this case, Giroux, said comparisons are tough because few other nations are building similar heavy icebreakers. The closest comparison would be Russia — but that country is constructing nuclear-powered ships, something Canada is not planning to do.

The budget office has found higher-than-expected cost projections and delays almost every time it has looked at programs under the National Shipbuilding Strategy over the past decade.

Cumulatively, Giroux said, those reports clearly indicate that building ships in Canada, rather than offshore, is more expensive.

“It also suggests there is a significant premium being applied whenever we build ships,” he said. “Parliamentarians would probably benefit from having a sober second thought as to whether procuring these ships abroad would entail significant savings and whether these savings would be sufficient to offset the loss-benefit to having a made-in-Canada fleet.”