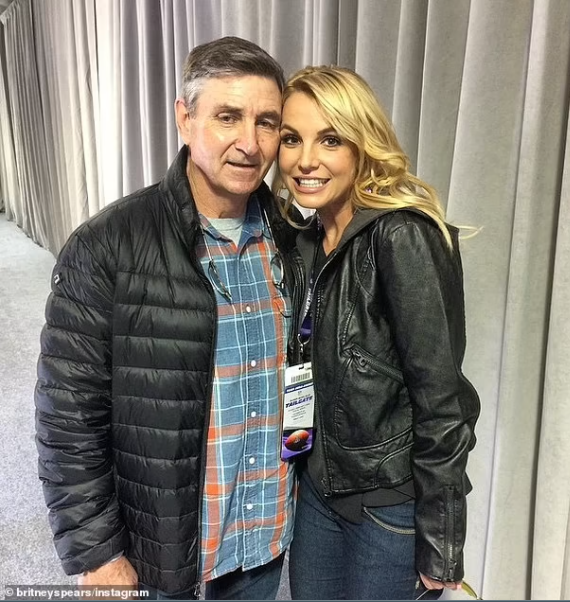 Britney Spears’ aunt has lashed out at her father, Jamie, calling him ‘barbaric’ while speaking about his daughter’s 13-year conservatorship.

Leigh Ann Spears Wrather, 54, broke her silence about her half-brother’s treatment of her niece Britney, 39, claiming that he ‘caged’ and ‘manipulated’ her and must be ‘held accountable for all she had suffered. 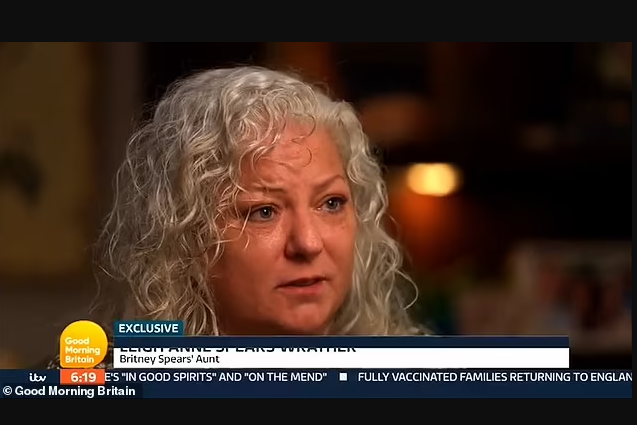 Speaking to GMB, Leigh Ann revealed her true feelings about Britney being placed in Jamie’s conservatorship in 2008 after the pop star had a mental breakdown.

She said: ‘He’s [Jamie’s] barbaric. Who gets to do that to someone? She was just manipulated and used. And he wants to say he protected her? He caged her.

‘He swooped in at the perfect moment, when she was at her most vulnerable, to take control.’

She went on to say that his treatment of his daughter could lead to legal repercussions, saying: ‘I don’t know if he could be prosecuted for anything, but he needs to be held accountable.’

Leigh Ann claimed that rather than protecting his daughter, Jamie ‘benefitted’ from controlling the pop star and her estate, saying: ‘I don’t think he was the hero. I believe that he manipulated the situation and has benefitted from the problem for over a decade.

Jamie Spears, 62, filed a petition to end his controversial 13-year control over his daughter’s estate at Los Angeles Superior Court on September 7, after admitting there may no longer be any reason for him to control the singer’s life.

Spears’ father was placed in charge of her estate under the terms of a controversial conservatorship, which saw every aspect of her life controlled by others – from forcing her to have an IUD implanted to preventing her from spending her own money and stopping her driving.

Share
Facebook
Twitter
WhatsApp
Pinterest
Linkedin
ReddIt
Email
Print
Tumblr
Telegram
Mix
VK
Digg
LINE
Viber
Naver
Previous articleNigeria’s inflation rate drops to 16.63 percent
Next articleIt’s not the person that has the most money that gives – BBNaija’s Ifu Ennada says as she narrates how her father gave out N100, which was the entire money they had at the time