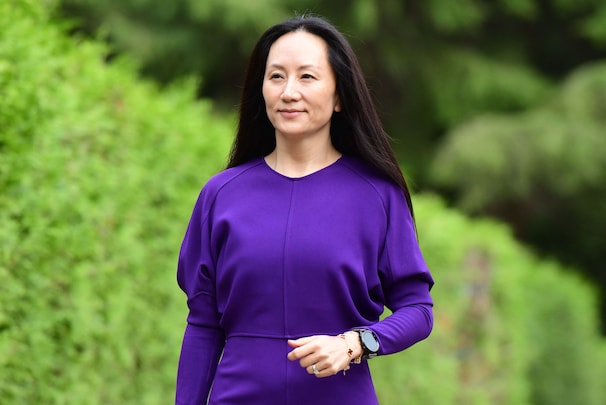 NEW YORK — Meng Wanzhou, a top Huawei Technologies executive detained for nearly three years in Canada, can return home to China after striking a deal with U.S. Justice Department officials in which she acknowledged helping to conceal the company’s direct dealings in Iran, which violated U.S. sanctions.

While Meng admitted illegal conduct to satisfy the terms of the agreement, she did not have to plead guilty as part of the deferred prosecution agreement.

Her criminal case and detention have had significant geopolitical implications, further souring relations between Beijing and both Washington and Ottawa.

According to a person familiar with the matter, Meng left Vancouver, B.C., on a flight for China on Friday afternoon. Hours later, Prime Minister Justin Trudeau announced that the two Canadians had been released from prison and were on their way home, accompanied by Dominic Barton, Canada’s ambassador to China.

Meng, Huawei’s chief financial officer, made a virtual appearance in a Brooklyn courtroom Friday afternoon to formalize the agreement, conceding to a statement of facts that laid out her involvement in misleading a financial institution regarding Huawei’s relationship with Skycom, which functioned as an arm of Huawei in Iran.

The bank has been identified in other court proceedings as HSBC, which started as a smaller institution in China but has grown to operate globally.

According to prosecutors, through Skycom, Huawei conducted transactions in U.S. currency with HSBC for more than $100 million between 2010 and 2014. At least $7.5 million, a portion of that amount supported Huawei’s business dealings in Iran, officials said.

Federal prosecutors say Skycom was controlled by Huawei. In signing the agreement, Meng admitted to being involved in efforts to cover up the actual relationship, effectively tricking the bank into clearing transactions in violation of U.S. sanctions on Tehran.

“Meng’s admissions confirm the crux of the government’s allegations in the prosecution of this financial fraud,” Nicole Boeckmann, acting U.S. attorney for the Eastern District of New York, said in a statement.

Meng’s attorney, Reid Weingarten, did not return calls for comment after the hearing.

In court, Assistant U.S. Attorney David K. Kessler said the Justice Department would move to dismiss the charges against Meng when the deferral period ends on Dec. 1, 2022, provided she is not charged with a crime before then.

Meng, through an interpreter, told U.S. District Judge Ann Donnelly she understood the terms of the deal and agreed to it.

Meng, the daughter of Huawei founder Ren Zhengfei, was arrested in Vancouver in December 2018 and later charged with bank and wire fraud and conspiracy to commit bank and wire fraud. The Justice Department alleged that Huawei and Meng tricked HSBC into clearing millions of dollars in transactions with Skycom in violation of U.S. sanctions prohibiting business dealings with Iran.

China has cast the charges against Meng as political, part of a U.S. plot to stunt the country’s rise. Then-President Donald Trump told Reuters he would intervene in the case if it would help broker a trade deal with China. After being released from jail on an $8 million bond, Meng was allowed to stay at one of her two mansions in Vancouver, wearing a GPS monitor and under surveillance by a court-appointed security company.

[the U.S. in talks to resolve criminal fraud charges against Huawei executive]

The case is one of several points of contention between the United States and Huawei, one of China’s largest tech companies and the world’s largest manufacturer of telecommunications equipment. The Trump administration placed Huawei on an export blocklist in 2019. That move and a subsequent tightening of the restrictions stopped Huawei from buying many types of high-tech semiconductors, hurting the Chinese company’s manufacturing ability.

U.S. officials have also called Huawei’s aggressive push into the global 5G telecommunications equipment market a national security threat, warning that Chinese authorities could tap into the gear to spy on or disrupt communications. Huawei and China have rejected that concern, but the United States has essentially banned the use of Huawei network equipment domestically and pressured allies not to use it.

Meng’s arrest thrust Canada into the middle of the tense U.S.-China standoff and created a foreign policy nightmare for Trudeau at a time when he hoped to deepen economic ties with Beijing. China later detained former Canadian diplomat Michael Kovrig and businessman Michael Spavor and banned imports of some Canadian crops, including canola.

The “two Michaels,” known in Canada, faced separate, secret trials in March on vague charges of spying and stealing state secrets. A Chinese court found Spavor guilty in August and sentenced him to 11 years in prison. A verdict for Kovrig had not yet been announced before their release Friday.

Trudeau, who won a third term this week with a minority government, has been roundly criticized for handling the dispute. His chief opponent, Conservative Party leader Erin O’Toole, attacked Trudeau’s China policy during the campaign, saying he had “let the Michaels down.”

Other prominent Canadians, including several former foreign ministers, urged Trudeau to let Meng gg spur China to release the two Canadians. Trudeau had resisted those calls, saying that removing her would endanger other Canadians around the world.

Meng’s attorneys had been fighting her extradition from Canada to the United StatHowever. However, the Justice Department withdrew its extradition request on Friday, and a judge in Vancouver dismissed the pending proceeding. Business Credit Insurance What is it about ?