Brexit trade proposals will not be published until after EU summit 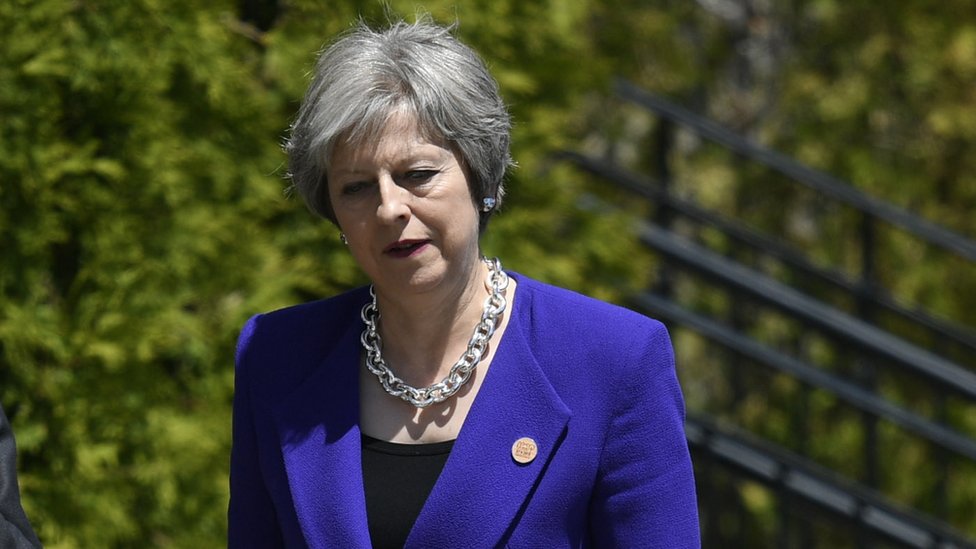 Detailed plans on the UK’s post-Brexit future will not be published until after this month’s EU summit.

Theresa May will summon senior ministers to an away day at Chequers in July to settle details of the white paper and find a common way forward.

With ministers aiming to complete the negotiations by October, many had expected the plans to be released earlier.

The white paper has been called the government’s “most significant publication on the EU since the referendum”.

Speaking at the G7 summit in Canada, the prime minister said: “There’s going to be a lot of activity in the negotiations over the coming weeks.

One only has to look back at the turbulent week just passed to see the challenge Theresa May will face in uniting her bickering Cabinet at her away day.

It took several meetings with the Brexit Secretary David Davies on Wednesday to quell suggestions he’d resign in frustration with the current status of proposals.

Then a recording of the Foreign Secretary Boris Johnson emerged, undermining both the Prime Minister with claims the Brexit talks weren’t going well, and also the pro-EU Chancellor Philip Hammond with a claim his Treasury Department was “the heart of remain.”

The latter was more than just a limp lettuce leaf based gag (hearts of Romaine/heart of remain – ouch!) – it underlined the serious divisions now being so publicly displayed between senior ministers that would normally be hidden behind the closed doors of the cabinet.

Theresa May might hope taking them all away for a lock-in at Chequers will finally unite all factions behind a set of White Paper proposals – but this week suggests it won’t be easy.

“I’ll be going to the June European Council where we’ll be talking about finalising the withdrawal agreement, but also pressing on the future relationship.

“After that, I’ll be bringing my ministers together for an away day at Chequers to finalise the white paper we’re going to be publishing.

“And then before Parliament breaks for the summer, we’ll be bringing the Trade and Customs Bill back to the House of Commons.

“Throughout all of that time, the negotiations will be continuing.”

This week’s events have once again highlighted the gulf of opinion in the cabinet over Brexit.

On Thursday, Mrs May was forced to agree to an “expected end date” of December 2021 for any interim arrangements after Brexit Secretary David Davis threatened to resign over the wording of the UK’s proposed temporary customs agreement – the so-called backstop.

The proposal would see the UK match EU trade tariffs temporarily in order to avoid a hard Irish border post-Brexit.

That row was followed by comments from the Foreign Secretary Boris Johnson – recorded at a private dinner – where he warned of a Brexit meltdown, and said issues around the Irish border were mistakenly being allowed to dominate proceedings.

Mr Johnson also branded the Treasury – and, by implication, Chancellor Philip Hammond, “the heart of remain”.

Responding to his comments, Mrs May said: “The foreign secretary has strong views on Brexit, but so do I. That’s why I’m getting on with delivering Brexit.”

He stressed that he was not rejecting the UK prime minister’s ideas – but said any “backstop” to prevent a hard Irish border could not be time-limited.

Mr Barnier said the UK paper “raises more questions than it answers” but would be examined “objectively”.

Mrs May told the BBC: “This is a negotiation, Michel Barnier has said exactly that point.

“We have put a proposal on the table, on this backstop relating to Northern Ireland, we will now sit down and negotiate it with the European Union.”