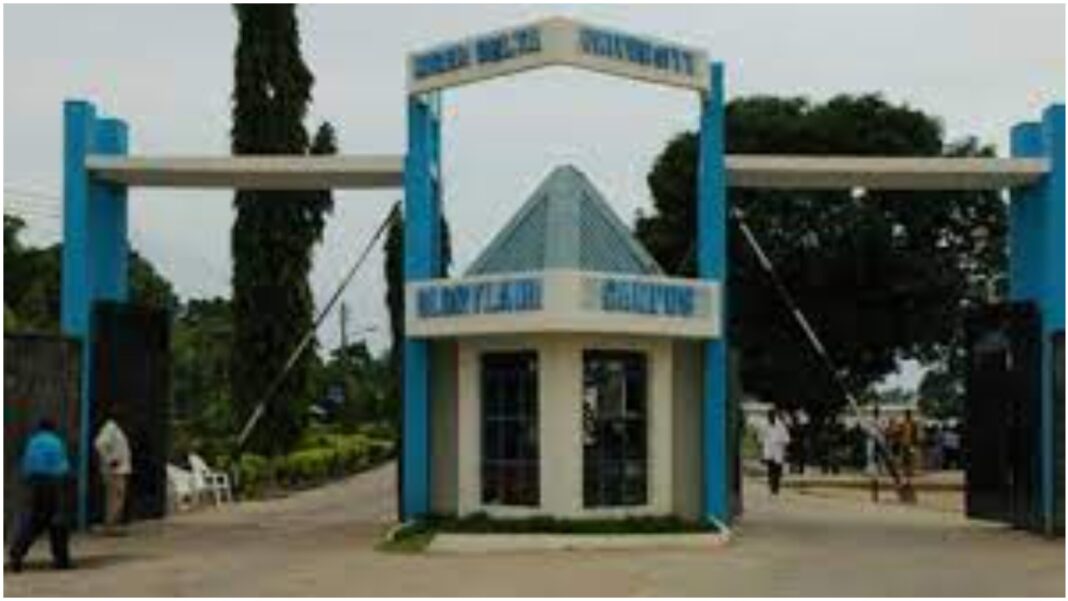 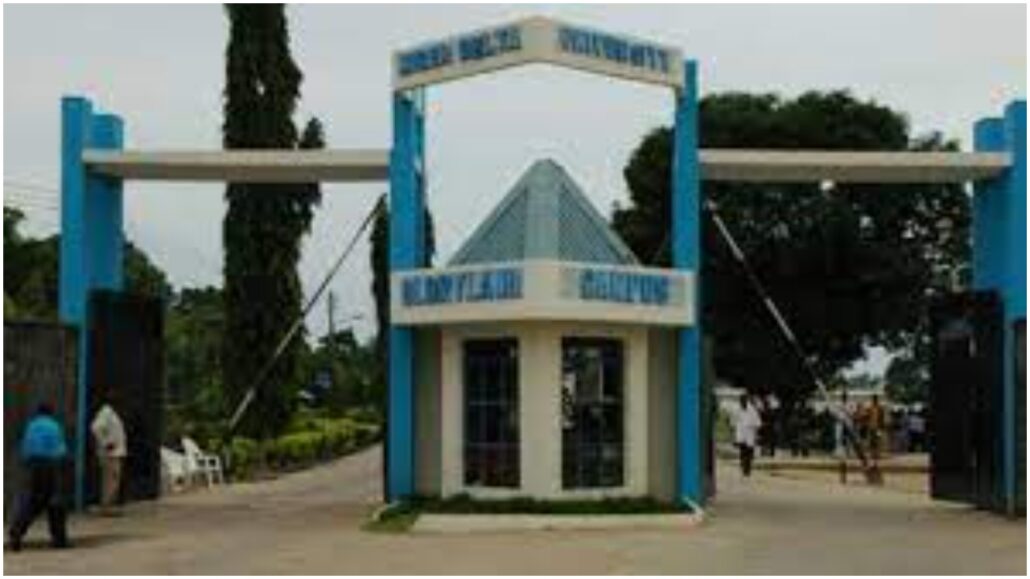 The Bayelsa State government-owned Niger Delta University (NDU) has been shut down following protests by students over hike in school fees, early closure of school fee portal, and recent order by management for students to wear uniforms to avoid indecent dressing in school premises.

the school was shut on Wednesday after an announcement made by the registrar, Mr. Benjamin Joffa.

The letter read,” Following the ongoing unrest in the university, and I am directed to inform the general public and the university community that academics activities have been suspended indefinitely with immediate effect.”

”Consequently, all students are directed to vacate the university campuses and its facilities before 3 pm.

The recent development which threw the student community into protests has also been greeted by condemnation and call for the sack of the school leadership.

ON MONDAY, the V.C Professor Edoumiekumo ordered the closure of the school payment portal, adding that any student yet to pay for their clearance will have their admission withdrawn and sent home.

Edoumiekumo also said wearing uniforms by students of the institution will be made compulsory and that the said uniforms will only be made available for sales through the school management.

However, a former Chairman of the Ijaw Youth Council (IYC), Egbemo Clan Central Zone, Comrade Daniel Sapele, called for the sack of the Vice-Chancellor, describing his actions as not only unlawful, inhuman but also wicked and barbaric.

Sapele said, “The declaration by the Vice-Chancellor that all engineering students henceforth must be on school uniform and that the uniform must be the one the school authority will provide at the cost of thirty thousand nairas (#30,000) for Marine Engineering students, while students from other engineering departments must have their uniforms at the rate of twenty thousand nairas (#20,000), shows he is not a good father.”

He said, “Many homes are finding it very hard to feed due to the effects of the global pandemic and Nigeria’s current economic maladies and not to talk of paying such huge needless amount of money as learning fees.”

Education is the birth-right of all Bayelsans. The government at all levels is under obligation to provide not just quality but education that’s accessible and affordable and not the way and manner the VC. is running the institution like his private farm.

The VC runs the school like his private estate without recourse to public sympathy and human feelings, which is the bedrock upon which all government institutions are founded. If he isn’t sacked and replaced with someone with human feelings and conscience, all efforts and legacies previous administrations have contributed to advancing one of the most revered tertiary institutions in the heart of the Niger Delta will go down the drain.

The Director-General Centre for Women and Youth Development, Bayelsa State Constituency 1 Hon. Timi Tubonimi pleaded with the university management to consider students and reopen the school fees portal to enable students who have not paid school fees for the past session to pay.

In her statement through a media Aide, she urged the management to reopen the portal for one month bcos about 80% of students are currently affected.

Meanwhile, the state government, through the Commissioner for Education, Dr. Emelah Gentle, has called for calm, noting that the government has met with the management of the institution and all issues would be resolved accordingly.

gathered that the government received the communique issued by students of NDU to the Bayelsa State Student Management Committee-SMC, that earlier visited the institution to interface directly with the protesting students.

The Commissioner also disclosed that all pressing issues raised were discussed extensively with the leadership of the University.

He added that Government has taken a stand and has communicated the same to the management of the University to work with.

As at the time of filing this report, the school’s management is locked in a crucial meeting with members of the State House of Assembly at the Assembly complex in Yenagoa.