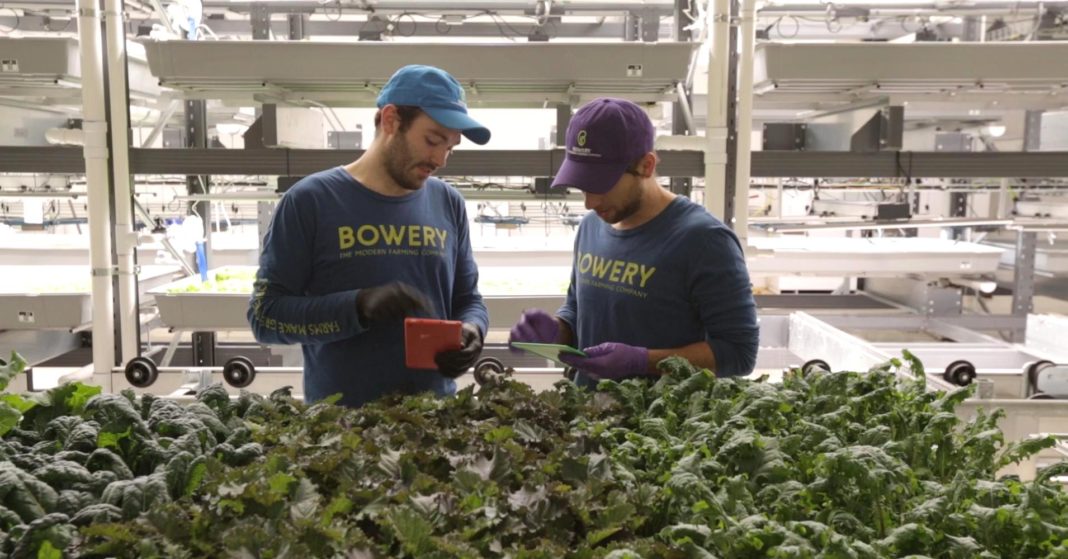 A start-up called Bowery Farming is putting an urban twist on agriculture, raising leafy greens and herbs in a high-tech warehouse a few miles outside of New York City, and celebrity chefs are starting to invest.

Using a mix of software, cameras, lights and robotics, Bowery can control precisely how plants grow. CEO and co-founder Irving Fain says chefs love the company’s systems because they allow Bowery to make customized ingredients for them, giving kale a softer leaf or arugula a more peppery taste, for example.

According to Fain, 1 square foot within one of these indoor farms is 100 times more productive than 1 square foot of arable land.

CNBC took a look inside of the company’s first farm in New Jersey with investor and celebrity chef Carla Hall, who is the Emmy-winning co-host of “The Chew” on ABC. “I visited the farm and tasted the food,” she said. “It moved from a concept and an idea that is sustainable to deliciousness.”