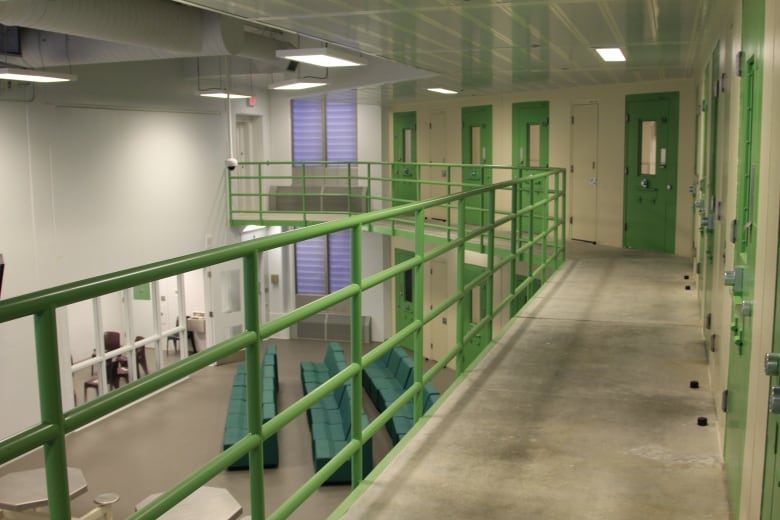 On his first day as a corrections officer at a Toronto jail, Glendon Thomas was barred from entering. Back in 2004 as a Black man with cornrows, Thomas says staff didn’t believe he worked there and questioned if he was an inmate.

“That was the first step in breaking me,” Thomas told CBC News in an interview.

Desperately wanting to excel at the steady Ontario Public Service (OPS) job — under the Ministry of the Solicitor General — Thomas says he tried his best to conform. He cut his hair short and took every opportunity to move up, do better. For a while it worked.

Thomas was eventually promoted to sergeant at the Toronto South Detention Centre, while also serving as defensive tactics instructor, suicide awareness instructor and co-chair of the Council for Unity and Racial Equality. And around him, more racialized officers were being hired, he said.

But Thomas alleges systemic racism at the jail hasn’t gotten any better. The decision-makers remain white, while Black officers have been excluded from dozens of opportunities to move up, denied overtime and made to do more work than their white peers.

Thomas says when he raised these concerns to his managers, the union and finally filed a human rights tribunal complaint last year, he was labelled a troublemaker.

Senior managers singled him out, tracking how he spent his time at work and criticizing his work ethic in front of colleagues, Thomas says in his complaint to the tribunal.

In a 2019 performance review, Thomas’s manager gave encouraging feedback including that he “contributed to a culture that champions inclusion, diversity and respectful workplace relationships,” according to his complaint.

But in the same review, he was told his performance didn’t meet expectations — with no explanation why.

In February, he was suspended pending an investigation. The official reason was for using excessive force against an inmate, but Thomas says he only used a restraint manoeuvre after the inmate hit him in the head with a TV remote — an action that was necessary to protect himself and others. Nobody was hurt.

He says he’s actually being punished for standing up to racism.

“I’m tired of working my ass off and giving so much to this institution, for this ministry, and still being treated like a second-class human being,” Thomas said.

“Even if it kills me, I’m not going to stop speaking up because this is not how I was meant to live my life.”

Last week, CBC News reported that an external investigation had found “persistent and unyielding” systemic anti-Black racism within the OPS, which includes more than 60,000 public servants who work for Ontario’s ministries, agencies and Crown corporations.

The head of the OPS, Secretary of the Cabinet Steven Davidson, emailed all staff an apology and promised to take firm actions to make the workplace better.

But Thomas and four other Black OPS employees CBC interviewed say Davidson’s apology is meaningless because it doesn’t hold anyone in particular accountable or commit to sweeping change.

Neither Davidson, who is leaving the position this month, nor his replacement Michelle DiEmanuele were available for an interview.

But a provincial spokesperson indicated more will be done.

“Senior executives recognize that an apology is an important step, and further action is required,” Kyle Richardson said in a statement, on behalf of the Treasury Board Secretariat, Anti-Racism Directorate; the Ministry of the Solicitor General; the Ministry of the Attorney General and the cabinet office.

“The Secretary of the Cabinet and deputy ministers also know that by virtue of the positions they hold, they must use their individual and collective authority to drive lasting cultural and systemic change in the OPS.”

By next year, all OPS employees will be required to complete an online anti-Black racism training course, Richardson said. And all ministries must focus on building “anti-racism competency and capacity,” diversify the “talent pipeline” and hold themselves accountable for an inclusive workplace.

Richardson said the Ministry of the Attorney General acknowledges Black, Indigenous and other racialized employees face “ongoing experiences of racism.”

The ministry has recently hired an anti-racism lead, developed an action plan and “continues to take action in combatting systemic racism in the workplace,” he said.

‘I don’t think we’re being heard’

Four Black employees of the Ministry of the Attorney General described to CBC News the barriers they’ve faced working at a Brampton, Ont., courthouse where all managers and most supervisors are white. They spoke on the condition of anonymity, fearful of repercussions at work.

They’ve worked for the ministry for more than 20 years combined and say they’ve received only positive feedback on their job performances. But they described the workplace as toxic, where nepotism, cronyism and racism dictate who succeeds.

In total, they’ve applied to dozens of openings for supervisors and leads in recent years, but have never been successful. In almost all instances, white employees with far less experience were given the positions and the Black employees, who were deemed unfit for the job, said they were required to train them.

One of the employees said their white supervisor makes demeaning comments on their nice car and clothes and has said they’re not a “typical” Black person.

“You could feel the venom in the things that she said,” the employee told CBC News.

That employee also said they’re micromanaged more than their colleagues, not allowed 15-minute breaks outside of lunchtime and have been denied training integral to their job.

Another said they have to fight for any time off and, in the hours after a tragic death in the family, was told by their supervisor to come back to work after lunch. The employee said if they call in sick, they risk not getting any shifts on the following schedule.

“They put you through the wringer, like you’re making this up,” that employee said.

When they wanted to work from home at the start of the pandemic because of underlying health issues, they said they had to provide medical documents. Meanwhile, their white colleagues who did the same job were immediately allowed to work from home.

One Black employee claims to suffer from anxiety related to how they’re treated at work but has been denied taking a mental health day, or time off for a doctor’s appointment.

“I don’t think we’re being heard or taken seriously,” the employee said.

A former courthouse employee, who still works for the OPS, said they were hopeful change was imminent after the killing of George Floyd in 2020 and the protests that followed. But nothing appears to have changed for Black public servants in Ontario, they said, also speaking on condition of anonymity.

Managers “have gotten worse,” since Floyd’s death, they said, “because they can get away with it.”

“They’re not disciplined. Nobody says anything.”