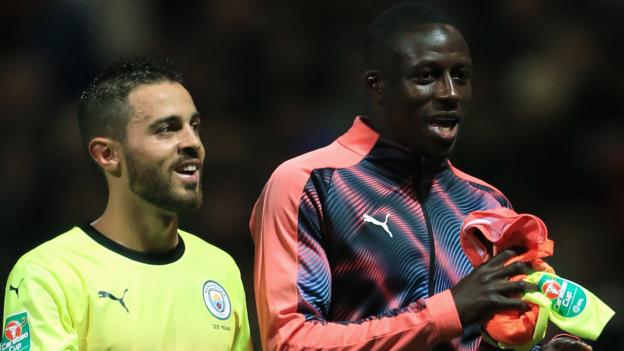 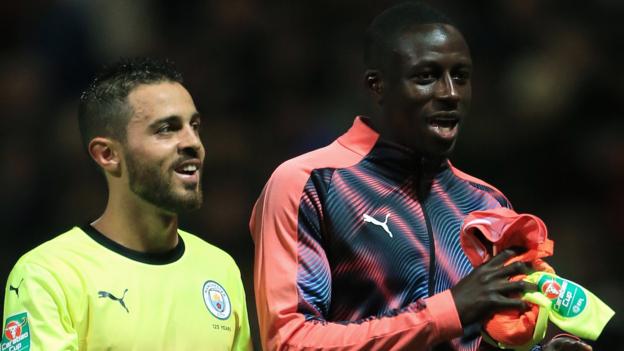 Bernardo Silva has been defended again by Manchester City boss Pep Guardiola after accusations of racism following a tweet to team-mate Benjamin Mendy.

The Football Association wrote to City after Mendy was compared to a character on a packet of Conguitos – a sweet brand available in Spain and Portugal.

Silva was criticised for the post and deleted it, but Guardiola has called him an “exceptional person”.

“It was a simple joke but if someone is offended I can understand it,” he said.

“Bernardo is maybe going to take a lesson and it’s not going to happen again.”

Silva has personally written to the FA to say he regrets the fact his social media post may have unintentionally caused offence.

Mendy has also written in support of Bernardo, saying he did not take offence.

Guardiola, who previously said it would be a ‘mistake’ to punish Silva, added: “If someone is affected or feels bad about that tweet or any comments, it can happen. People judging Bernardo don’t know him.

“Bernardo is not absolutely guilty because his intention… it was just a joke.

“It’s a cartoon and the face is quite similar. The same happened a thousand million times with white people. It’s the same. It was just a joke and that’s all. But if the people in the FA think it’s the opposite then Bernardo and City are open to listening.”

The post was published at 12:44 BST on Sunday but was deleted at 13:30, although Portugal international Silva later tweeted: “Can’t even joke with a friend these days.”

France defender Mendy and Silva are close friends and played together at Monaco before both joined City in 2017.

A previous video of Silva joking with Mendy has also been passed on to the FA.

But a Kick It Out statement said: “Racist stereotypes are never acceptable as ‘banter’, and we’re shocked that someone who is a role model to millions has failed to understand the discriminatory nature of his post.”